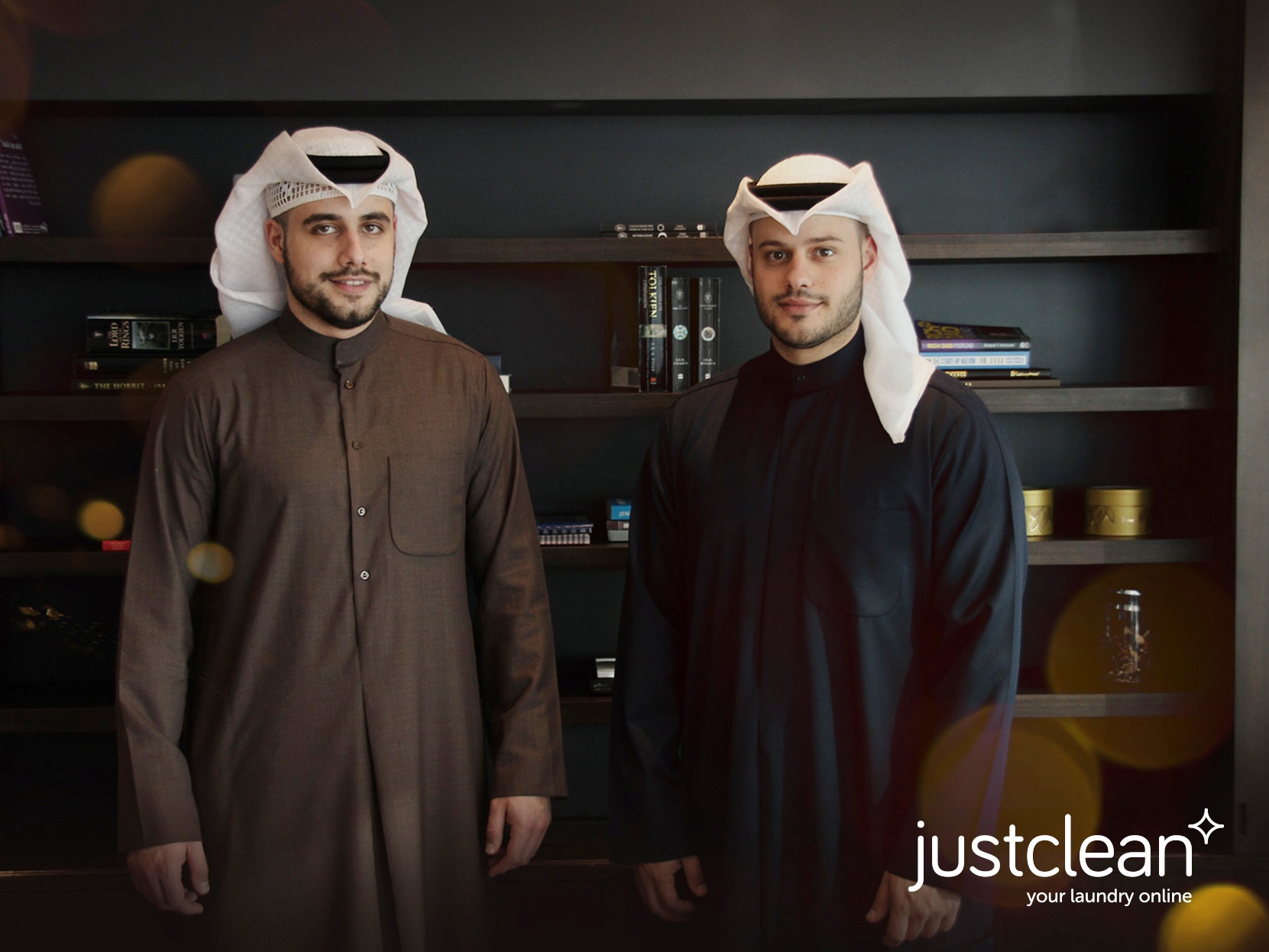 The Kuwaiti company building a thriving online marketplace for the US$3 billion laundry industry in the Gulf region today outlined its dynamic expansion plans to bring monthly growth in international markets.

JustClean, established three years ago by Kuwaiti brothers Athbi and Nouri Al-Enezi, has since signed up more than 300 laundry businesses in Kuwait, Bahrain, the UAE and Saudi Arabia.

With a growing tide of people in the Gulf now using the JustClean app to get their laundry done, the technology company says the industry could be an almost exclusively online business in the region within five years.

“We’re looking to sign up at least five more laundries in Kuwait each month for the rest of the year and into 2020 as we expand our logistics operation,” aaid Co-Founder Athbi Al-Enezi today.

“We’re going to be almost doubling the size of our fleet of delivery vans and drivers in Kuwait by the end of the year, and we’re following a similar pattern of growth in Bahrain, the UAE and Saudi Arabia, as well as expanding to markets beyond the GCC.”

Every day, growing numbers of consumers in Kuwait use the JustClean platform to get their laundry done, thanks to a quick and easy process delivering wash and iron, dry clean and many more laundry solutions.
Currently operating in the Eastern Province of Saudi Arabia, JustClean will open for business in Jeddah and Riyadh before the end of the year, with entry into other international markets to follow early next year.

Co-Founder Nouri Al-Enezi said: “The company is three businesses in one, namely a marketplace application, a logistics operation as well as a SaaS (software as a service) business. We’re upgrading what is basically a large and underdeveloped sector through the integration of technology into the daily lives of consumers.

“The laundry business in the GCC regionally is currently worth roughly US $3 billion, with an annual growth of 9%, and it will develop substantially in the next five years. We feel the entire industry will eventually end up online”

Established in Kuwait in 2016, JustClean has revolutionized a traditional off-line service to make it user friendly, convenient and hassle free for consumers, at the same time giving laundry service providers who sign up access to a huge customer base.

Just a year after its launch the company attracted investment by Faith Capital Holding, the Kuwait-based venture capital fund, whose Deputy Chairman and CEO, Mohammad Jaffar, was installed as CEO of the start up.

In February 2019 Faith Capital announced it had closed an $8 million Series A round of financing in the company, enabling its growth across the GCC region, while also expanding the logistics and SaaS (software as a service) arms of the business.