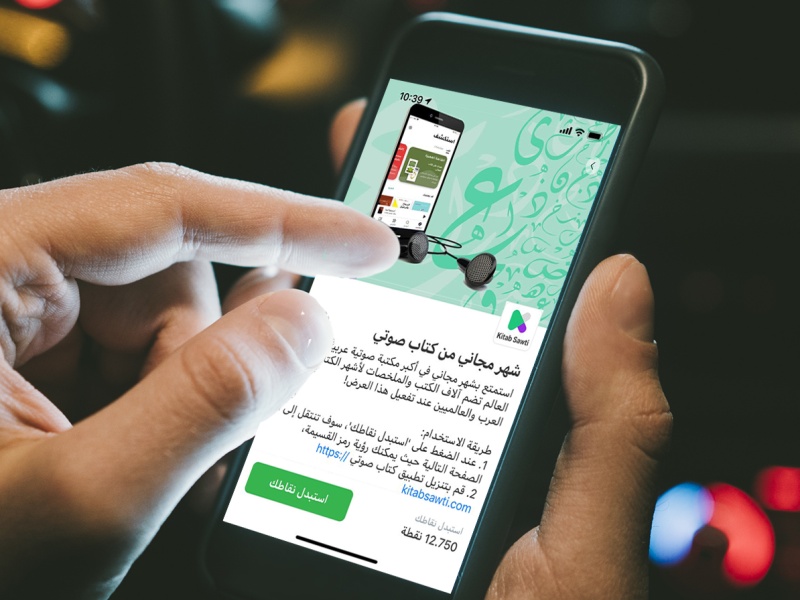 Kitab Sawti, the MENA leader in Arabic audiobook production and distribution, announces a key partnership with Careem in Saudi Arabia that allows Careem riders to exchange points for subscriptions on the Kitab Sawti app.

The platform has seen unprecedented growth during the past few months as global and regional lockdowns started shifting consumer behavior. In the past 4 months, the number of installs and registered users on Kitab Sawti’s app has doubled, even more, the platform saw a 204% growth in total paid users, and a 6x growth of new paid consumers from January through to May 2020.

Founded in 2016, Kitab Sawti boasts the biggest library of Arabic audiobooks in the world, from globally renowned authors such as Stephen Hawking, Saud Al Sanousi, and even business editorials such as Harvard Business Review Publications. In 2019 the startup raised $6M funding from Bonnier Ventures, KAAF Investments.

With supply-chains coming close to a halt in many countries the demand for digital products grew significantly. “New habits have flourished during lockdowns across the Middle East, and we have seen that coincide precisely with the growth in the number of users on the app across markets,” said Sebastian Bond, founder of Kitab Sawti, “as people shift to the new-normal we expect these new behavior patterns to persist as part of their routines. Audio content provides a resilient production cycle, even though affected by the pandemic, it’s faster and cost-efficient to adapt to new times.”

This year alone the platform inked partnerships with Sharjah World Book Capital (SWBC) to provide its audio library to 5,000 readers, as well as launched a campaign with UNHCR to donate part of the revenues from annual subscriptions to support refugees in collaboration with influencers in Saudi and Kuwait.

According to Deloitte, the global audiobook market was expected to grow 25% in 2020 to reach a value of $3.5 billion USD and they estimated that there were at least 500 million consumers of audiobooks globally. Meanwhile, the Association of American Publishers (AAP) latest report on April 2020 asserted that the “Downloaded Audio” format has seen continuous growth every month since 2012.

Due to the pandemic the region has seen a surge of adoption in digital payments, subscription services, and further adoption of digital learning and content over the past few months powered by government policy, and need for physical-isolation. In turn that has helped in decreasing barriers of entry for potential consumers across the Middle East.

2019 was a productive year for EdTech in MENA, as the industry witnessed more deals (29) and total funding ($20M) than any previous year. Access more data and trends in our new 2019 MENA Education Venture Investment Report.