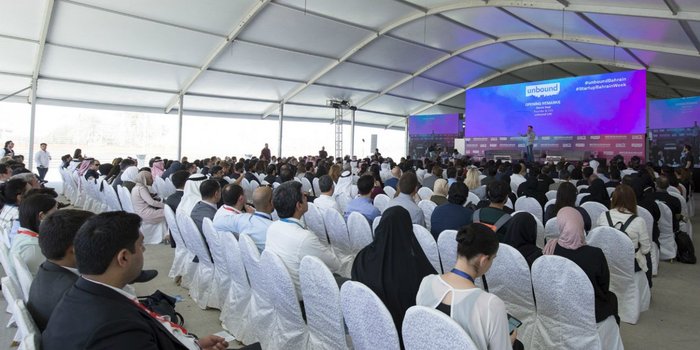 Keeping The Momentum: Bahrain's Key Players On What It'll Take To Invigorate The Startup Scene

Held in early March of this year, Unbound Bahrain, the first of the global conference series to be hosted in the region, organized by Bahrain Economic Development Board (EDB) and supported by Startup Bahrain, saw a barrage of more than 1,500 participants and over 50 startups in the region heralding for discussions, startup competitions and hackathons to stir up Bahrain (and the MENA’s) ecosystem. Though it bears similarities with its neighboring Gulf countries, it’s unjust to generalize the whole region as one when each market and nation differs, and, as Bahrain does, rises on its own merit.

One such example is the country’s fintech scene- in 2017, the Central Bank of Bahrain (CBB) announced new regulations for a regulatory sandbox to allow fintech startups to test and experiment their concepts, providing opportunities for fintech ideas globally to establish themselves and grow in Bahrain and the Gulf. According to Khalid Saad, CEO of Bahrain FinTech Bay (BFB), this move sends a message that the country is open to tech innovations. It goes in line with the role of BFB acting as a platform for the fintech scene, which was launched by a plethora of 30 founding partners, including Arab Financial Services, American Express, Cisco, National Bank of Bahrain, Gulf International Bank, and more, in February this year, as a dedicated fintech hub consisting of a co-working space and network.

Another win is the launch of Amazon Web Services (AWS) in Bahrain, an indication of the country’s ICT market growth rate. John Kilmartin, Executive Director of ICT at EDB, stressed its cost saving impact for SMEs as cloud tech would minimize the need for expensive data center infrastructure. The government has also implemented a Cloud First Policy to encourage government entities and businesses to utilize cloud services for tech solutions. 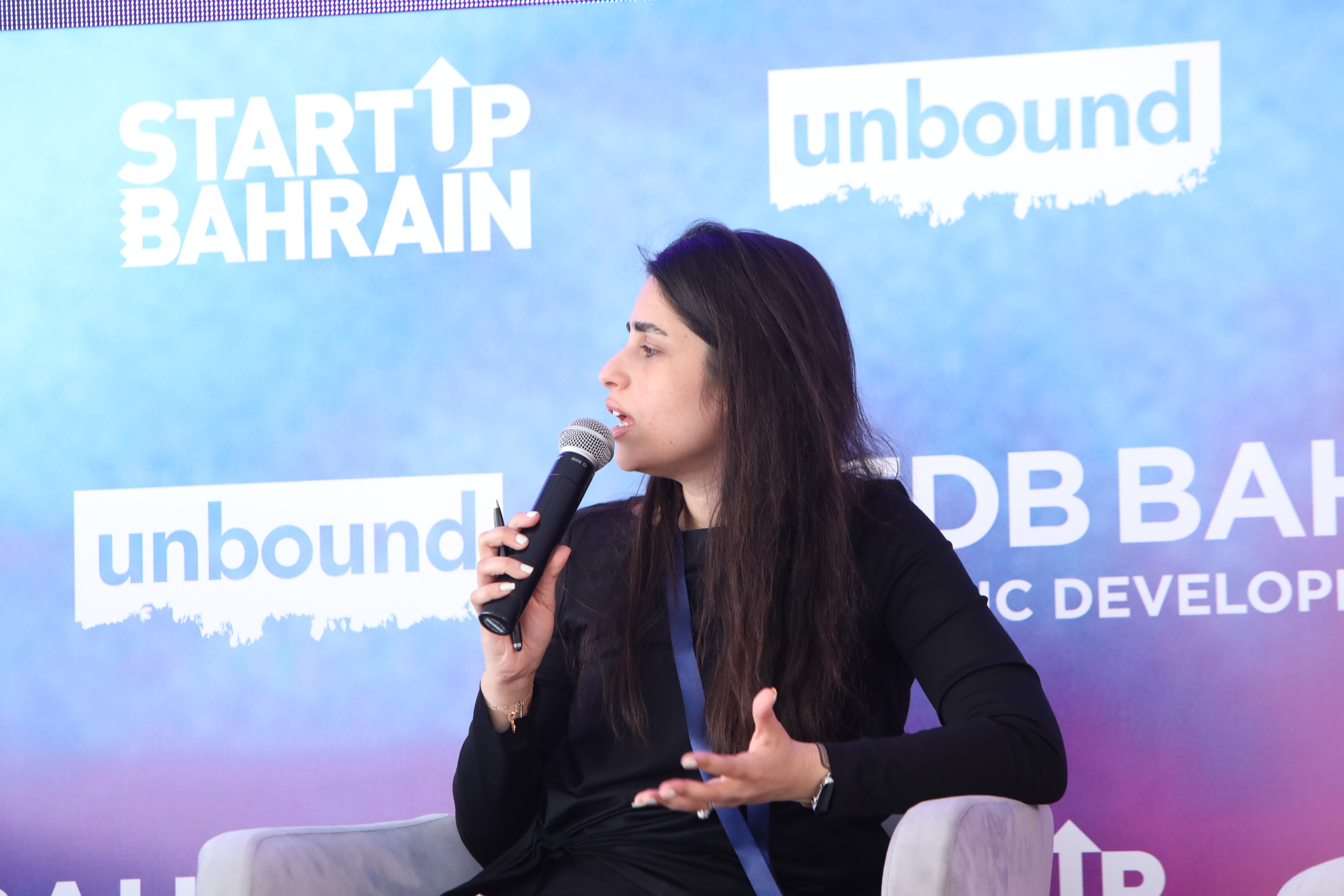 A factor in the growing startup ecosystem is the changing mindset around the culture of entrepreneurship. Abdulaziz F. Aljouf, founder and CEO of PayTabs, which raised US$20 million in funding last year, says that nine years ago, everyone was after a government job: “There wasn’t even a word for [being an entrepreneur], we say we work for ourselves, we’re self-employed,” and often facing pessimistic feedback, whereas to the encouraging tone people now take when someone is keen to start a business.

Areije Al Shakar, Senior VP and Head of Development Services Division at BDB, whose department supports entrepreneurs to request or raise loans, and she also heads the Rowad Program platform which assists startups as early as idea stage through training, coaching, mentorship, incubation and funding, recalls the earlier days of trying to instill awareness. Now in her eighth year in her role, Al Shakar praises the amount of choices entrepreneurs have and their progress: Rowad has had more than 1,700 individual ideas that have gone through the program since it launched in 2015.

They’ve also started the Seed Fuel program, which provides equity financing to innovative ideas of up to BHD250,000 (equivalent to US$67,000), and a subsidiary called the Bahrain Business Incubator Center (BBIC), with various incubators under it, including women-focused incubator Riyadat (in partnership with the BDB, Supreme Council for Women, and BBIC), plus various entrepreneur-focused community events. Al Shakar claims that the change in mindset has become a natural choice as the global economy changes- commending Bahrain’s progress as it stems from a grassroots level of starting with raising awareness in schools. To give an example, Al Shakar explains how back then, if you were in school and wanted to start a business, it might have been confusing, but now, there’s a range of choices to make- from accelerators, to hackathons and gaming challenges. “As the ecosystem changes, all the elements also change, [so we] make sure we are also in sync and in line with the startups,” says Al Shakar. 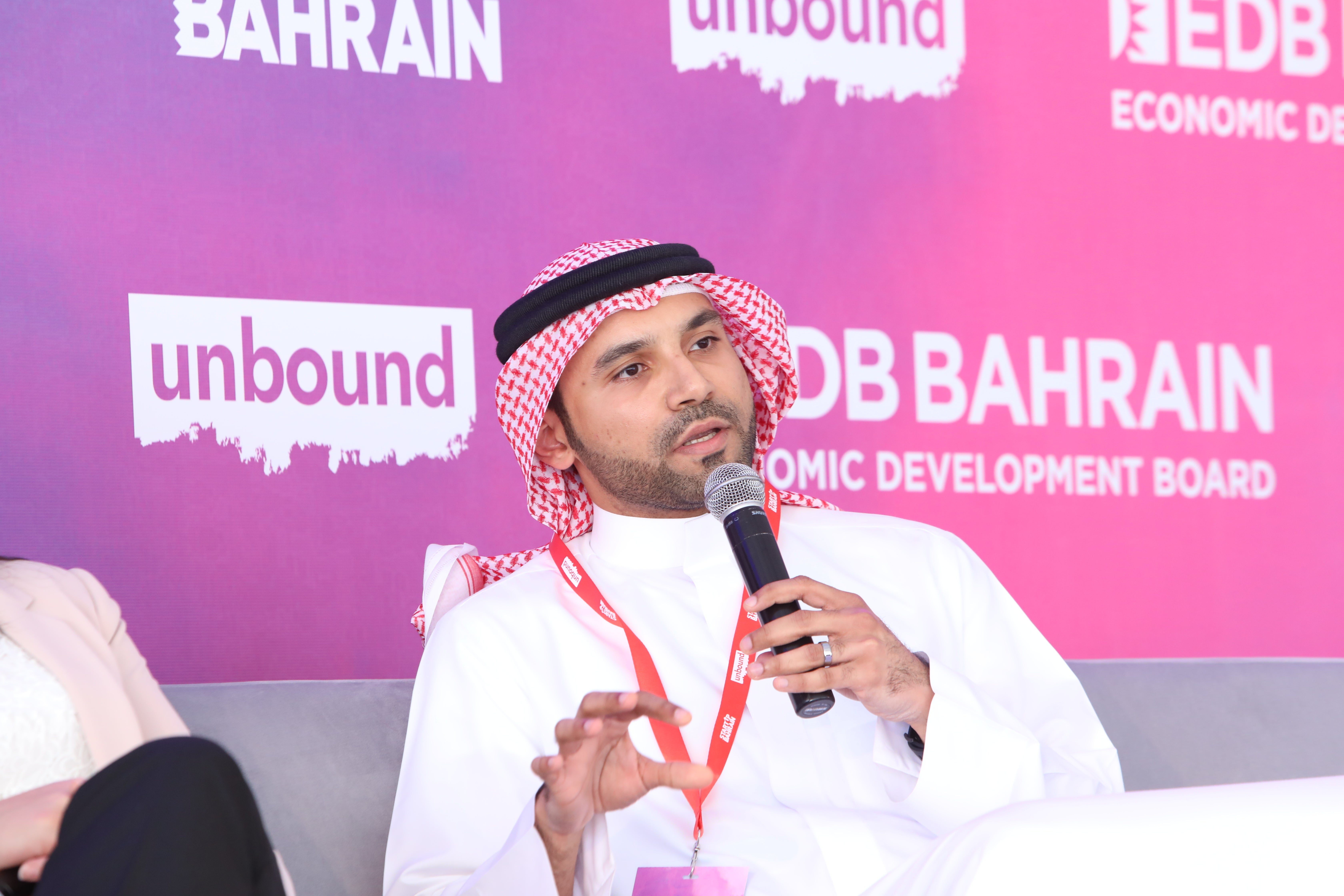 This has also been a focus for UNIDO-ITPO Bahrain, according to Afif Barhoumi, Program Coordinator, Arab International Center for Entrepreneurship and Investment. Their entrepreneurship program originally started in Bahrain in 1999 and is now implemented in 52 countries, and Barhoumi stresses how they worked towards altering the attitude towards entrepreneurship among Arab nations and families. Particularly, they implemented programs in schools (and in Bahrain since 2005) to encourage the minds of young enterprising innovators, hosting programming competitions and events to foster entrepreneurial aspirations.

However, perhaps unsurprisingly, funding remains a constant issue. Esam Hammad, Acting Executive Director of Customer Engagement at Tamkeen, whose department manages partnerships with local and international entities in the business community, says that part of their business support is easing the access to financingfor SMEs in Bahrain. Hammad addresses the barriers early-stage startups face in acquiring commercial loans due to the risk factor of such enterprises. He explains Tamkeen’s financing program which has “subsidized the interest on behalf of the startup, so they end up paying a lower interest on the loan and guarantee part of that loan. We give 50% of the collateral against the loan to the bank.”

This has proved to be a success as due to the finance scheme, their portfolio has been able to reach around $1 billion in the last 10 years. As for startups’ issues with funding, Al Shakar advises that a common mistake of young startups is not managing cash properly after receiving funding, which affects a funding, affecting a startup’s burn out rate. “You need to know when to ask the right amount of cash that you actually need within your first year before you burn out, and before you burn out, you need to be ready with raising other rounds of funding.” 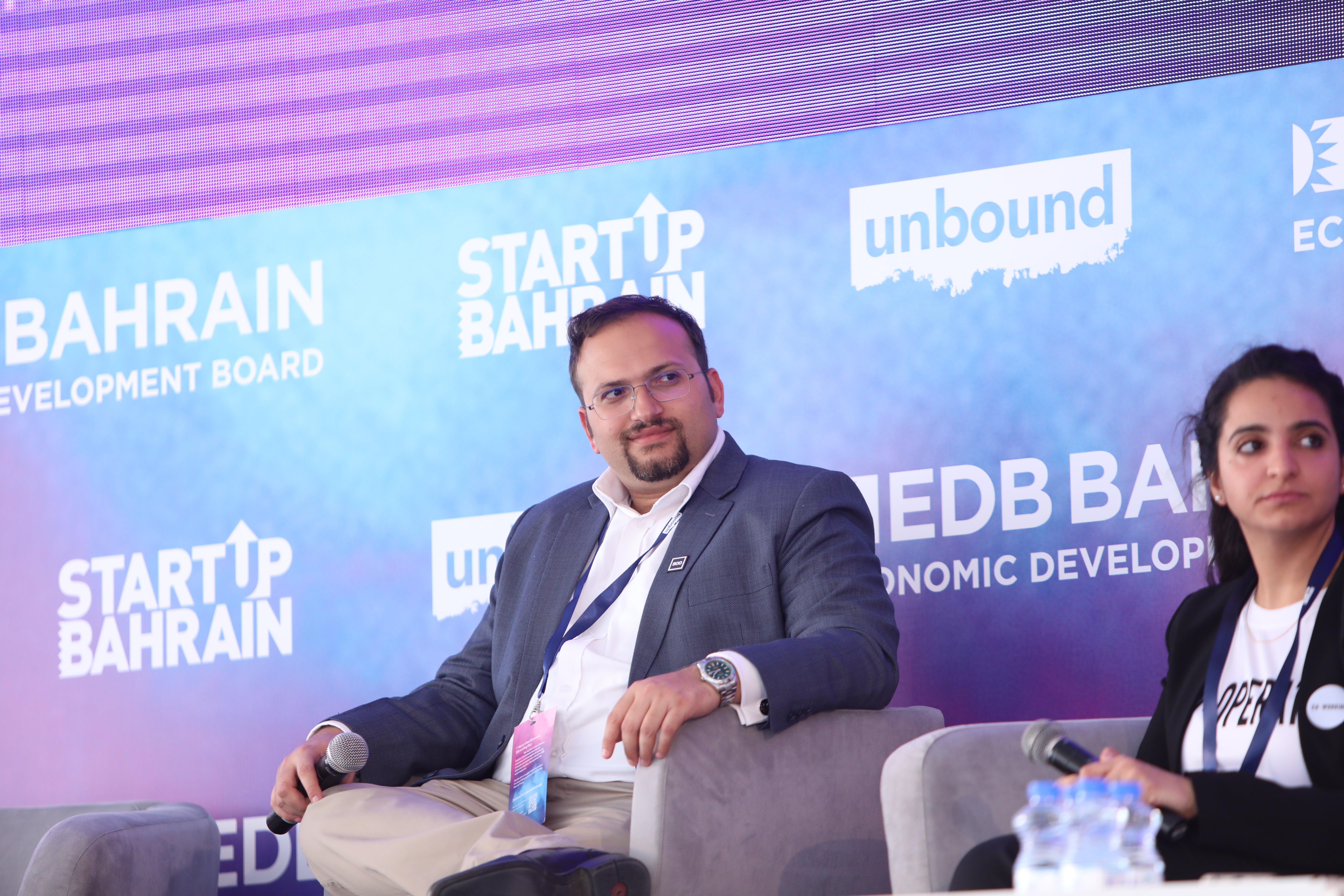 Hasan Haider, Partner at 500 Startups, adds that new ‘treps should be mindful of wasting money, and not putting the right resources in the right place. From a startup founder’s perspective, Aljouf, who’s already had nine companies, advises, “You need to talk in the way that investors would understand you,” meaning that they need to see your startup’s growth and market viability.

It’s worthy to note Bahrain’s inclusiveness, not only to Bahrain-based startups, but also entrepreneurs who wish to have access to Bahrain’s market, whether through expanding or starting a new enterprise in the country. Indeed, Saad asserts that as part of FinTech Bay’s mandate to push the industry ahead, besides Bahrain-based enterprises, they’re open to startups who want to launch in Bahrain or expand to Bahrain, whether they’re from the region or internationally.

This also echoes the inclusiveness of Rowad Program, which Al Shakar says, as an online platform opens its resources to anyone. Haider says that besides the relatively low cost of operating a business in the Kingdom (compared to its GCC counterparts), Bahrain offers 100% foreign ownership, all the while acting as an interesting bridge to the Saudi Arabia market- a striking attractive opportunity for would-be entrepreneurs. 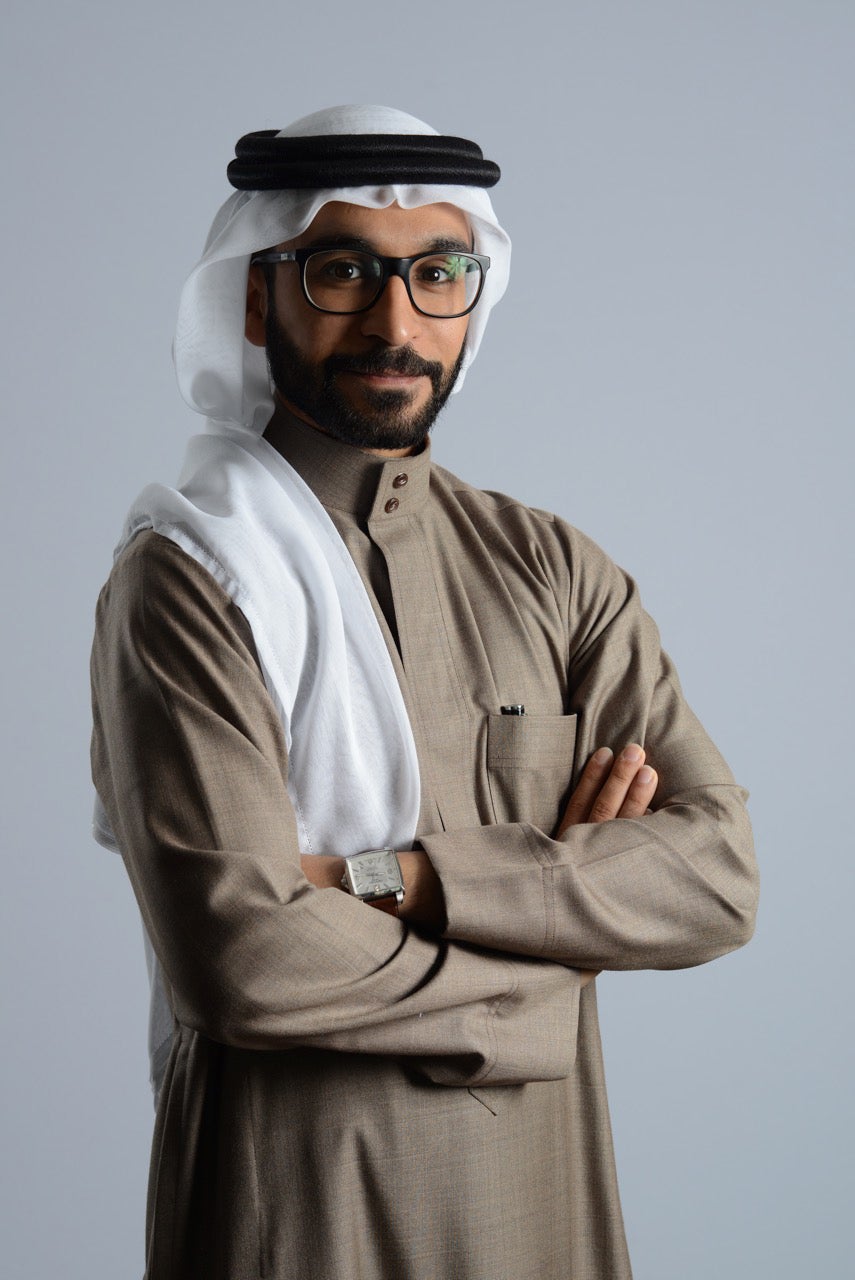 Keeping The Momentum: Bahrain's Key Players On What It'll Take To Invigorate The Startup Scene