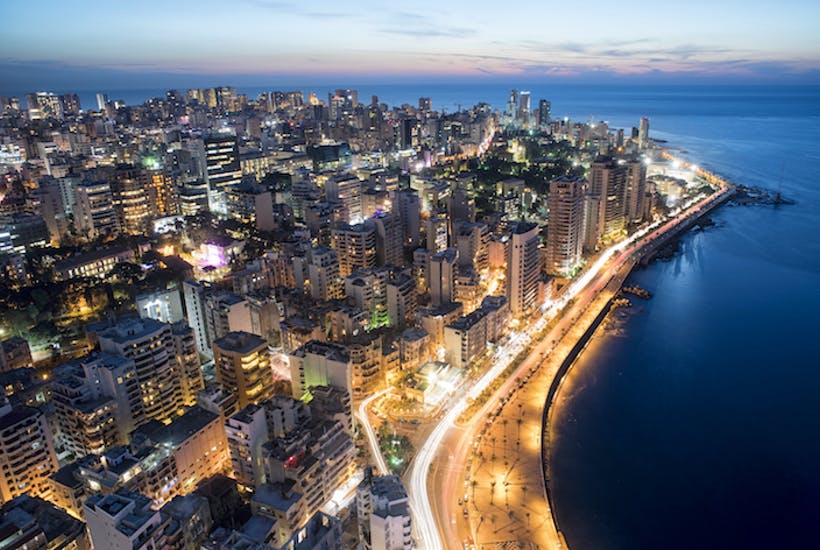 The quest of trying to depict the 2018 outlook on investment opportunities from the Lebanese corner reminds in some respects of the almost 20-year old hit comedy on the American mob, Analyze This. As with the Robert de Niro and Billy Crystal pic, any move of international financial markets and any development on the political front might lead to a panic attack. There are double-crossing mobsters hiding in every cabinet and behind every curtain. Plus, everything is complicated.

What makes things especially complicated for local investors is that they are threatened on two sides. To revert from Hollywood movie imagery to the rich lore of seafaring Mediterranean peoples, the Lebanese investors’ perennial odyssey on financial markets in 2018 is passing through the narrows between the mythical monsters, Scylla and Charybdis. To one side towers the global markets scenario of volatility and uncertainty like the six-headed monster, Scylla. On the Charybdis side looms the whirlpool of the local political economy where the forces of economic disintegration are rotating with increasing speed and emanate lightning flashes of gloom and doom.

At the beginning of last month, to mention just one example, the daily fuss of Lebanon’s political un-movers in their exasperating 2018 theater season of third-rate gobbledygook was briefly interrupted by news that the Purchase Managers’ Index (BLOM Lebanon PMI) in July showed its lowest reading since October 2016. Comprised of five components, the PMI’s downtrend according to BLOM signaled that business conditions in Lebanon’s private sector economy deteriorated to a sharper extent at the start of the third quarter in 2018. The bank’s chief economist, Ali Bolbol, commented that the index made for “depressive reading” and called in a published comment for the “urgent formation of a new government and the serious tackling of the dire economic conditions.”

Similarly, Bank Audi observed an accumulation of worrisome symptoms. Officials at the bank confirmed to Executive that the Lebanese economy has been burdened by elevated levels of public debt and a growing current account deficit, while major sectors (real estate, tourism, and construction) were growing at a very slow pace. The rising interest rate environment acted as an additional headwind to economic growth while higher inflation has to some extent eroded the purchasing power of the Lebanese population, they noted. Although the country has been able to weather economic shocks in the past, this particularly lackluster outlook has been well acknowledged by the Lebanese political class, they added.

Addressing how global clouds are gathering in the vision line of high-net-worth investors, Toufic Awad, general manager at Audi Private Bank, tells Executive that “2018 and 19 are looking to be more heterogeneous” when compared with 2017, in which, according to him, most asset classes showed a “stellar performance.” (Editorial note: due to the seasonal combination of holidays and vacation season, Executive conducted several of the interviews in this article via email).

“Stock markets have moved to a higher volatility regime, while bonds have suffered from rising US yields and exacerbated political risks in Europe. Valuations have improved as stock performance has been slower than earnings growth. If indexes have done their job as market performance ‘averages’, they have, however, been masking rising performance dispersion,” he explains. In this economic climate the primary objective of Audi Private Bank for a risk averse client, according to Awad, is to preserve wealth by shielding the client’s purchasing power from inflationary pressures.

“For such risk profiles, we usually recommend short maturity high quality bonds that would not carry duration risk in a rising-rate environment. We also follow a bond ladder portfolio construction to reduce reinvestment risk. As for other clients that are not typical Private Banking clients, we continue to prone diversification even if it has shown its limits in 2018. An equity growth portion is core in every portfolio; its size would depend on the investor risk profile,” he says, citing gold and/or the Japanese yen as risk management options as they are this summer priced near or below their fair value. According to Awad these are good hedging alternatives when the sizes of a client’s equity position do not permit hedging via options.

“A portion of cash is also strategic in such a market setup, as it now provides some interest yield due to rising rates, and it acts as both portfolio stabilizer and dry powder for arising opportunities,” he adds. In his perspective, a comparison of returns from listed assets to those on deposits in Lebanese lira (LL) would amount to comparing apples and pears. With a view to the increased deposit interest rates that moved up alongside yields in the United States and equivalent yields in emerging markets, Awad says, “We believe a deposit in LL is perfectly compatible with other investments in a global, diversified, liquid portfolio.”

The issue of steering Lebanese wealth and asset management customers through the recent lures of high interest rates for deposits was also perceived as noteworthy by Charles Salem, assistant general manager at Banque Libano-Française (BLF). “Lately, we had to face another problem which is the gradual increase of the interest rate on deposits in both USD and LL, which channeled more money toward deposits and drove clients away from asset and wealth management,” he says.

According to Salem, who heads the Private Banking and Wealth Management Unit at BLF, his team operates under a customer-centric strategy with the top priority of building long-term relationships with BLF’s private banking clientele of high-net-worth and ultra-high-net-worth individuals (HNWIs and UHNWIs), entrepreneurs, and families. “We seek to understand their needs through innovative solutions and expertise, in order to protect and grow their money. In fact, we position ourselves as a trusted and reliable partner who understands the needs of clients from different generations,” he says.

Although the distribution of household savings in Lebanon between the vast majority of households and the top wealth groups is unknown, the clienteles that are likely to be customers of providers such as Audi Private Bank and BLF’s Private Banking and Wealth Management Unit or other institutions in the wealth management space—such as BlomInvest, Bank Saradar, and FFA Private Bank—appear to be exceedingly limited in numbers.

As Audi Private Bank’s Awad reveals, the threshold in disposable wealth that clients should meet in order to benefit from the expert asset management advice and services of private banking is in the solid six figures. “At Audi Private Bank, we usually start at $500,000. Indeed, size matters when we look to achieve diversification across asset classes as the minimum required to invest in some investment vehicles (direct line bonds, active funds, option contract sizes, etc.) is a constraint we need to work around. On another note, our fund-based discretionary mandates can be implemented starting at $250,000,” he explains.