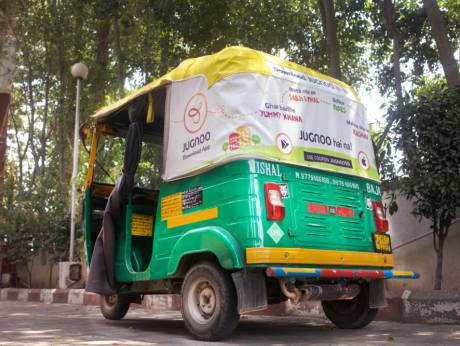 Dubai: Jugnoo, India’s third-largest ride-hailing app after Uber and Ola, is making its foray into the UAE to offer on-demand rides and local deliveries on its business-to-business (B2B) platform.

Jugnoo is a technology-driven on-demand auto rickshaw aggregator operating in Tier 11 and Tier 111 cities across India.

The start-up carries with it an experience of over four years in on-demand business and has come up with the opportunity to foster entrepreneurship in the global on-demand industry.

“We started using our logistics network and ventured into new verticals such as Meals, Fatafat and Jugnoo Delivery within two years in India,” Samar Singla, founder and CEO of Jugnoo, told Gulf News.

The company is now offering its technology platform for running on-demand services with partners, which means a partner will be using its platform and run the day-to-day operations.

“We realised about six months ago that the current business model is very difficult. You know about the potential merger between Uber and Careem. The same thing is pretty much happening across the world and it is not sustainable for the companies,” he said.

Himanshu Pal, principal consultant at Kantar Consulting, said that the news relating to the potential merger between Uber and Careem is not entirely unexpected, considering the wave of M&A activity the sector has seen in the last couple of years, including Uber divesting its stakes in several markets in Southeast Asia, Russia, and China.

He said that a recent Kantar TNS eCommerce panel suggested that Uber was outperforming Careem on both the number of users as well as in the number of trips.

Pal said the biggest driver of change is evolving ‘consumerism’, which has seen an increased preference for renting vs owning especially among the digitally dependent youth.

“With roughly 50 per cent of MENA population under the age of 30, it’s no surprise that the on-demand rental economy is booming with consumers willing to rent not only cabs but also fashion products and accessories. Secondly, consumers are looking to simplify choices and prefer a single vendor/app/platform that can serve various needs rather than having multiple vendors,” he said.