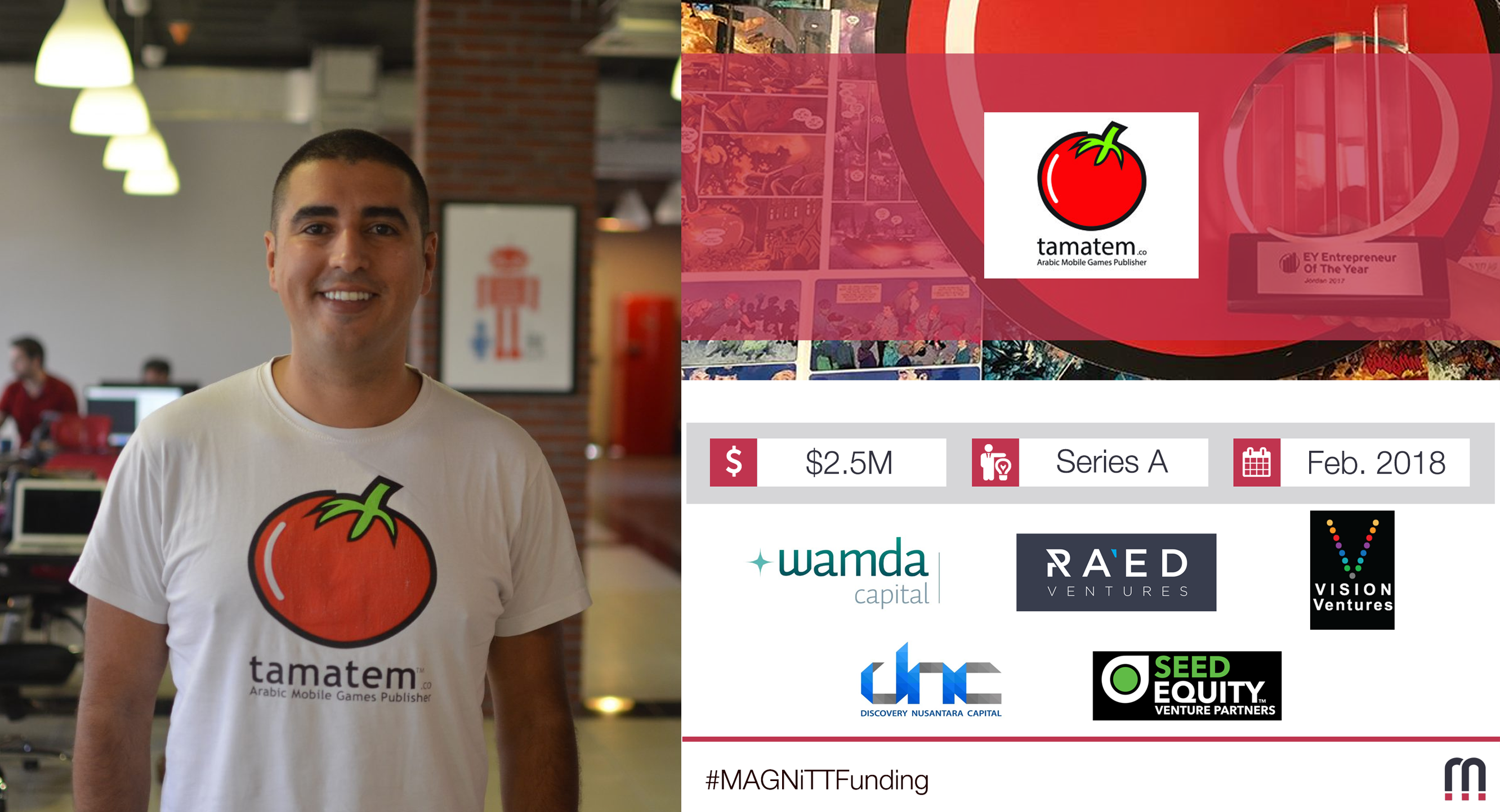 Tamatem, a startup backed by 500 Startups that creates localised versions of popular games so that they resonate better with users in Arabic speaking countries, has picked up $2.5 million in Series A funding. The round is led by Wamda Capital, with participation from Discovery Nusantara Capital, Raed Ventures, Vision Venture Capital, and Seed Equity Venture Partners.

It will be used by Tamatem to enable it to close deals with more international game developers in order to capture a bigger market share in MENA. In addition, the new capital will see the company increase headcount as it bids to attract more quality talent in the region.

That, founder and CEO Hussam Hammo tells me, is a long way from the startup’s early days when in 2013 local investors shunned Tamatem, citing its founder’s previous “failure” as co-founder of browser-based gaming studio ‘Wizards Productions’. After some initial success and a seed round, Wizards dead-pooled four years into its existence.

“When the company closed, I kept pushing to establish a mobile games company. The opportunity is huge!” he says. “Arabic is the fourth most spoken language, and almost no content is available on the app stores. I knocked on the doors of every investor I dealt with in the region, but their response was: your previous company failed, you will most probably fail again. I was a single founder and I had no team. I just had a couple of prototypes and an investment deck. I applied to 500 Startups, and they believed in me”.