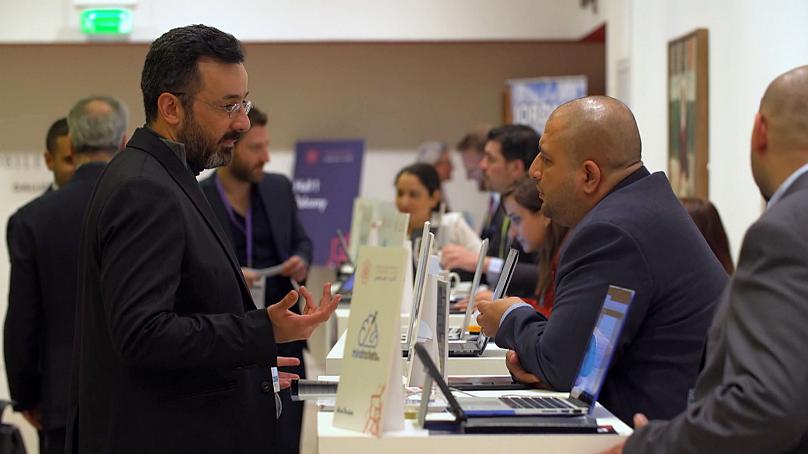 Jordan is on a journey to reform its economy.

Counting on a fresh generation of young entrepreneurs to help fuel its future, the country is hungry to boost productivity and growth, plus create more jobs.

To realise its economic ambitions, Jordan is also looking beyond its borders to places like London, keen to boost international interest and investment in key sectors like technology.

At an event called ‘Jordan: Growth and Opportunity, the London Initiative 2019’, more than a dozen start-ups gathered in the British capital.

Amongst them, Arabia Weather – which uses artificial intelligence and other technologies to create weather products, including forecasts and data for renewable energy companies.

The company is run by 29-year-old Jordanian, Mohammed Shaker, who now heads up a team of more than 40.

“We started with a blog, writing down weather events happening here and there, and then an incident happened where people were killed because of flash floods. So, we started our website, we started out from Jordan and then expanded to the Arab World,” Shaker explained.

The company which targets all sorts of industries, ranging from airlines and airports to agriculture, now plans to expand into Africa.

“We start providing a very hyper-local weather forecast that differentiates between the seas, the mountains, the valleys and the desert. It includes very important phenomena happening in the region ,such as dust forecasts that nobody else is providing - flash floods as well as snow storms and wind storms - that sometimes happen across the region,” Shaker went on to say.

Jordan is a hot spot of entrepreneurship in the Middle East and North Africa, and it hopes that this will help strengthen its business ties with countries like the UK.

Jordan’s ICT Minister Mothanna Gharaibeh believes that Jordanians are creating their own future with their start-ups.