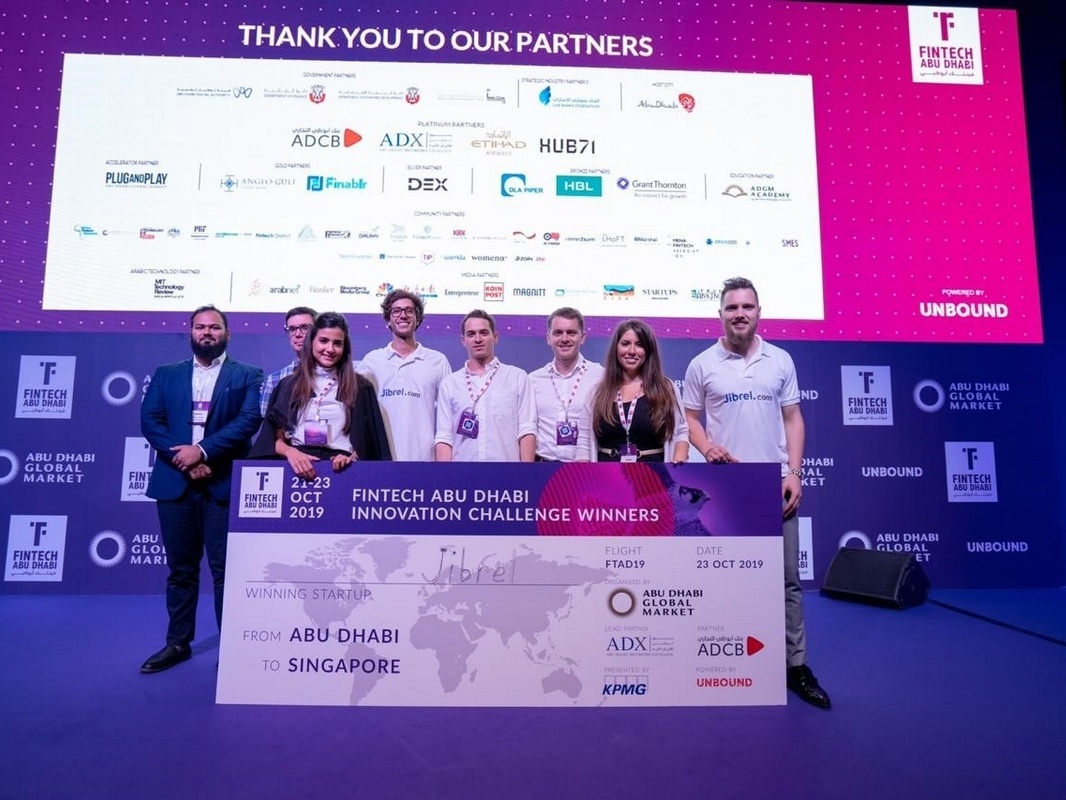 Award was given work on Jibrel·com, a fully-regulated blockchain-powered private financing platform

Jibrel, a multinational blockchain-based fintech company, won the 2019 Fintech Abu Dhabi Innovation Challenge. The award was given for the team's work on Jibrel·com, a fully-regulated blockchain-powered private financing platform.

Jibrel provides a vertically-integrated solution that connects startups and small-to-medium enterprises with investors of all genres to create capital formation.

As an awardee, Jibrel will represent Abu Dhabi and the Mena region at the Global FinTech Hackcelerator in Singapore this month. Additionally, a panel of experts will help deploy Jibrel·com's proof of concept in the UAE and beyond. Various other benefits of the award include a S$200,000 grant.

Jibrel was one of two chosen from a pool of 14 startups. Selection criteria included breadth and depth of team experience, as well as the ability of the project to address the problem statement, to scale and generate revenue, and to establish market readiness and maturity. As a two-year-old startup with several fintech solutions implemented - as well as extensive partnerships in the Mena region and beyond - Jibrel has been actively taking the necessary steps towards creating a globally relevant and market-ready product.

"Fifty-eight per cent of GCC wealth sits outside the region," said Talal Tabbaa, co-founder and COO of Jibrel. "We have discovered that this is not due to financial performance or concerns over the regulatory landscape. Rather, we have learned that it is due to investment accessibility - an inability to source, access and invest in the right opportunities."

To deliver this solution in a fully-compliant manner, Jibrel is working under the regulatory framework of Abu Dhabi Global Market and is also partnering with Eversheds Sutherland for its legal framework.

This is not the first time Jibrel has delivered compliant and usable blockchain-based solutions. In 2018, alongside Al Hilal Bank, Jibrel settled the first blockchain-powered Islamic Bond ('Smart Sukuk'), as part of the Abu Dhabi Global Markets Regulatory Laboratory.

Jibrel's new private financing platform will be launching in several stages over the coming months.