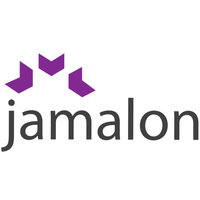 Jamalon one of 3 companies invested in by Wamda Capital

Entrepreneurship platform Wamda Capital has launched a $75m regional growth stage venture fund, the largest of its kind in the Middle East and North Africa region, it announced on Sunday.

The Wamda MENA Ventures I fund completed its first close with investors including the International Finance Corporation, the Abraaj Group, Crescent Enterprises and Zain Group.

Wamda Capital has launched the fund with investments in three companies including News Group International – which specialises in the sourcing, distribution, creation, monitoring and analysis of media intelligence in the Middle East, Africa and Indian sub-continent; online Arabic books store Jamalon; and littleBits Electronics – which makes modular electronic bits that snap together for prototyping or learning.

The company’s core strategy is to target investments in high growth and capital efficient technology start-ups.

“The tech sector is being fuelled by rising demand and has the potential to drive development, employment and innovation across the region,” said Ghandour.

“We have been working with tech entrepreneurs from the very early stages of this industry and will be continuing our journey. Working through the fund to complete the cycle to maturity, starting from early stage investing, to growth, we will be looking to scale startups beyond MENA borders and create successful exits.”

He added: “We are at the cusp of an incredible phase of growth in the MENA region’s tech sector.”

The MENA region has seen a boom in tech start-ups in recent years, also creating a surge of new targeted funds.

Last year, Global investment firm Fenox Venture Capital joined hands with Dubai-based Innovation 360 to launch a new $100m fund to invest in start-ups across the Middle East, Asia and the US.

Despite these options, many entrepreneurs continue to face funding challenges. A recent study by Dubai Silicon Oasis Authority found that 68 per cent of technology start-ups in region struggle to get funding due to a lack of support from banks and investors.

Jamalon one of 3 companies invested in by Wamda Capital