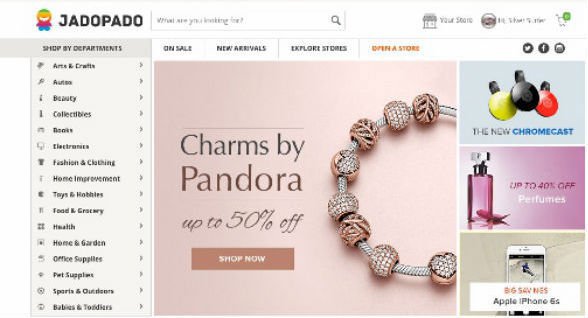 The e-commerce firm expects to have up to 20,000 vendors selling 200,000 products on its platform over the next 18 months

Following the investment, JadoPado will be valued at Dhs 102m ($28m), the company said in a statement.

“We will use the proceeds of the deal to continue to invest back into the business, to hire more people, spend some investments into marketing and continue to build better products,” JadoPado’s chief executive Omar Kassim told Gulf Business.

“Mobile is a big piece of strategy going forward. We don’t have any native apps as of yet and rely solely on a mobile web platform. So we will make a larger effort to get native apps out there and potentially address things like wearables in the near future.”

Research from Frost & Sullivan shows that sales from the Gulf Cooperation Council’s e-commerce market is estimated to reach $41.5bn by 2020, making the industry more appealing to investors. Tapping onto this trend, e-commerce firms have also expanded their platforms, while opening them up to a large number of retailers.

In February 2014, JadoPado expanded from an e-commerce website to an online marketplace where retailers could use its platform to sell their products. The move has evidently been beneficial to JadoPado as traffic tripled since its transition to a marketplace, Kassim said.

JadoPado currently has half a million users per month at the moment, he confirmed.

JadoPado, which currently does not offer a cash-on-delivery payment option, will also provide its users this facility in the next few weeks, Kassim said.

The region has typically shied away from online card payments, with over 70 per cent of all online shipments utilising cash-on-delivery, according to logistics firm Aramex.

Kassim predicted this trend to continue in the future as long as e-commerce platforms gave users the option.

“We continue to have this debate in the industry that if you were to take the option away, would that mean customers would stop transacting? I don’t think so because we have been able to run our businesses without having cash payments.

“The belief is there but the rest of the ecosystem has traditionally developed that way. When today’s major players developed 10-15 years ago, credit card penetration was at a very different level so cash became an option and it continued to be available.”

He noted that the region’s credit card penetration levels have increased rapidly over the years, making it a ripe market for online payments.

But the extra effort required to enter the authorisation details when making an online transaction as opposed to the ease in paying with cash and logging out could deter this trend from catching up, Kassim said.

“Checking out with cash is so easy that sometimes we have customers with four to five cards still choosing COD. If major players all ban COD, then card payments might catch up.”