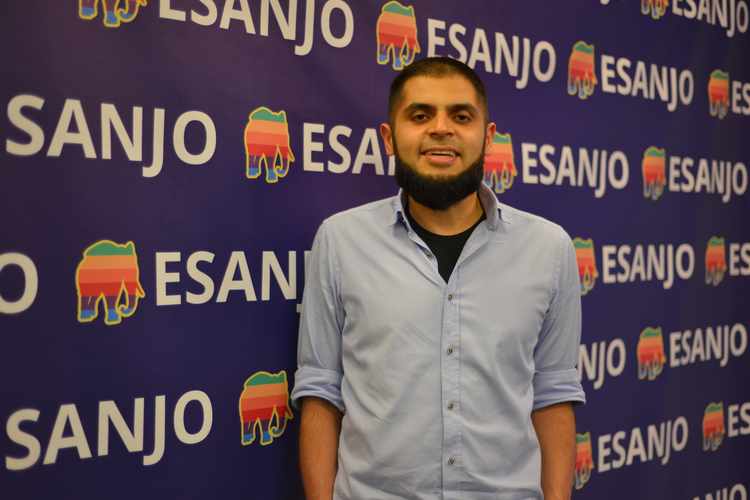 Omar Kassim, the Dubai-based founder of online marketplace JadoPado, has launched a new startup that aims to facilitate real estate transactions using blockchain technology. Kassim, who recently sold his company to Noon, the e-commerce conglomerate headed by Emaar chairman Mohamad Alabbar, has ventured into the world of real estate with a new platform he’s calling Esanjo.com. Esanjo is a global real estate asset management business on the Ethereum blockchain, which is an open-source blockchain platform that makes it possible to build and use applications that run on blockchain technology.

“We’re aiming to mesh real estate with the Ethereum blockchain,” Kassim told Thomson Reuters Projects in an interview last week. “We’re initially looking to build a real estate asset management business, which involves putting together portfolios of global real estate assets. This is the basic mechanics of buying, operating and eventually selling a variety of assets.”

Ethereum lets developers design and issue their own ‘cryptocurrency’ – which means they create a ‘tradeable digital token’, which is similar to a virtual share.  Kassim plans to use the technology to “tokenise” each portfolio of assets on Esanjo.  A token will be backed by a share of a real estate asset to provide easy fractional ownership, liquidity and the ability to earn a share of the income generated by the underlying real estate asset, he explained. “For example, how do you get someone with $100 or $10 on the property ladder? How do you allow them to trade and get access to yield efficiently? What would the future of infrastructure look like if our payments systems allowed for highly efficient micropayments?,” he asked. Some of Esanjo’s early portfolio ideas include real estate assets in global cities and emerging holiday markets, including properties held specifically for short term rental on platforms such as Airbnb. “Our next piece is to start building out real estate tech, initially consisting of a real asset exchange that will allow investors to trade their real estate tokens,” Kassim said. “While it is way too early for us to even dream about, over the next few years our aim is hit $1 billion of global real estate assets under management,” he added. Blockchain is still a relatively new and complex concept. Put simply, it is a ‘failsafe digital ledger’ that can be viewed as a shared database or even an Excel sheet that records and tracks digital currency transactions. Blockchain technology, first conceived as a way to create, trade and track cryptocurrency Bitcoin, has grown in prominence because it does not allow transaction records to be altered. The term ‘blockchain’ refers to the series of linked transactions, which become a block and form a chain.  Cryptocurrencies - also referred to as digital or virtual currencies or tokens - exist solely online and are not backed by a government.  Disrupting real estate transactions

“We think that tokenisation will be a disruptive new way to own and earn a yield from real estate assets, that is different to anything prior,” Kassim said. “While there are a number of ways to take exposure to real estate today, from buying assets outright to investing in fund managers or REITs (real estate investment trusts), we think that there’s room for innovation,” he added. The combined asset value of all cryptocurrencies, led by Bitcoin and Ethereum, surpassed $100 billion for the first time in 2017. Moody’s Investors Service said in April that blockchain technology could transform many aspects of securities trading, potentially enabling financial institutions to cut costs and increase trade settlement speeds. Kassim said that he is currently considering issuing an ICO – an initial coin offering. ICOs have been used by cryptocurrency startups globally to bypass the rigorous capital-raising process required by regulators. ICOs are an unregulated combination of IPOs and crowdfunding. A stake or tokens traded via the startup is sold, typically to supporters of the idea or venture, to raise funding.  Esanjo is also on a hiring spree, he added. “We’re a team of seven at the moment… we’re absolutely hiring… we’ve got a number of open roles in product, finance, content, as well as social media.” Esanjo is rooted in the word asanjo, which is a word from the Memoni language and means ‘ours’ or something that is owned collectively.  “We dropped the ‘a’ and appended an ‘e’, which signifies electronic and therefore ‘electronically ours’,” Kassim explained. “In the far future, if our generation were to build the equivalent of Emaar, Capitaland, or Dalian Wanda in a digitally native fashion, what would that look like? We’re hopefully taking the first steps towards answering that question.” Emaar went on to build Burj Khalifa – the world’s tallest building – and Kassim’s goal to conquer the digital world is equally as ambitious.