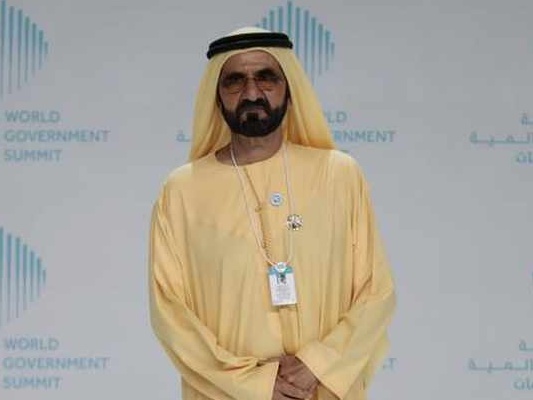 Sheikh Mohammed bin Rashid, the Ruler and Prime Minister of Dubai, has announced that thousands of foreign investors are now going to be eligible for the permanent residency, under the “Golden Card” scheme. The news came in this Tuesday.

Sheikh Mohammed told that the 6,800 selected investors for the scheme currently account for an estimated investment of Dh100 billion.

What does the scheme mean for the selected investors? The Golden Card holders will receive as many benefits and protection from the state as a regular citizen. The scheme also extends to the spouse and children of the card holders.

It is expected that this impressive scheme will generate more foreign investment, fuel entrepreneurship and appeal to top scientists, engineers and students.

Sheikh Mohammed hasn’t revealed any detailed criteria of being eligible for the Golden Card, but the details will be made public in a few days.

"It is a permanent residency for investors and for exceptional workers in the fields of health, engineering, science and art.

"Throughout history, the UAE opened its door to millions of people looking to pursue their dreams and better their lives.

"The Golden Card is our way to welcome all those seeking to be a part of the UAE’s success story and making it a second home."

Traditionally, foreign residents are issued renewable visas with validity up to 2-3 years, mostly tied to their employment. Last year the government announced their plans to reform the visa policies.

The initial promise was to allow 5 and 10-year visas for chosen academics, professionals and long-term investors.

With the Golden Card scheme, the visa reform has exceeded the promises by quite some margin.

"Gold Card permanent residence will be awarded to exceptional and talented individuals, and to whoever contributes positively to the UAE’s success story," Sheikh Mohammed said.

"We want those people to be permanent partners in our journey. All of the residents of the UAE are our brothers and part of our large family."

The property industry also expressed their thoughts on this, saying that permanent residency can boost the developers and sellers quite significantly.

Lewis Allsopp, the Chief Executive of Allsopp & Allsopp addressed the scheme as a “huge milestone for the UAE and for the property market”.

“The Gold Card will further the stability of the UAE by encouraging more distinguished professionals to the country.

"The property market will benefit hugely from this step in strengthening the economy.”

Many residents of Dubai prefer short term benefits, and invest their money into the property industry or foreign savings schemes.

“Most expats have a money-making mindset when they move to Dubai, with a short-term plan and goal before moving back to their home country," Mr Allsopp added.

"The UAE Cabinet’s decision to enforce a Gold Card for permanent residency now allows expats to look at Dubai as a home, rather than a temporary plan.”

With the new permanent residency program, now these people will be able to think long term as well.

"It is not just about a long-term visa but recognition that people who have lived here for a long time are interested in contributing to its success," he said.

"This is a Ramadan blessing, a golden gift to all those who have contributed positively in developing this great country.

"I am one of the beneficiaries of this country’s benevolence. I came here penniless 46 years ago on borrowed money and now I have two companies listed on the London Stock Exchange."

Mr. Shetty was not the only one to be delighted with the scheme. Surender Kandhari, the veteran Indian industrialist who owns an automotive business that operates in the U.S., Africa and Europe, also known as the builder a renowned Sikh temple in Jebel Ali, has labeled the Golden Card policy as a deserved chance for the people who have contributed so much to the UAE economy to get recognition.

"I will definitely apply for this," said Mr Kandhari, chairman of the Al Dobowi Group, a tyre, battery and rubber producer.

It’s an encouragement to invest more in the country and to also give back even more by way of corporate social responsibility work.

"This is a great initiative for investors who have been here long term. It’s like some sort of security to remain. Our social activities will only increase when we know we will live here permanently.

"We already look after less fortunate people and we will serve the larger community even more if we live here permanently."

Also Dr Shamsheer Vayalil, the founder of VPS Healthcare said that the move seems like an "acceptance of the fact that we are doing something for this country".

"It means a lot," Dr Vayalil said. "There's a feeling inside when you hear Sheikh Mohammed say that residents are considered brothers and part of a great family".