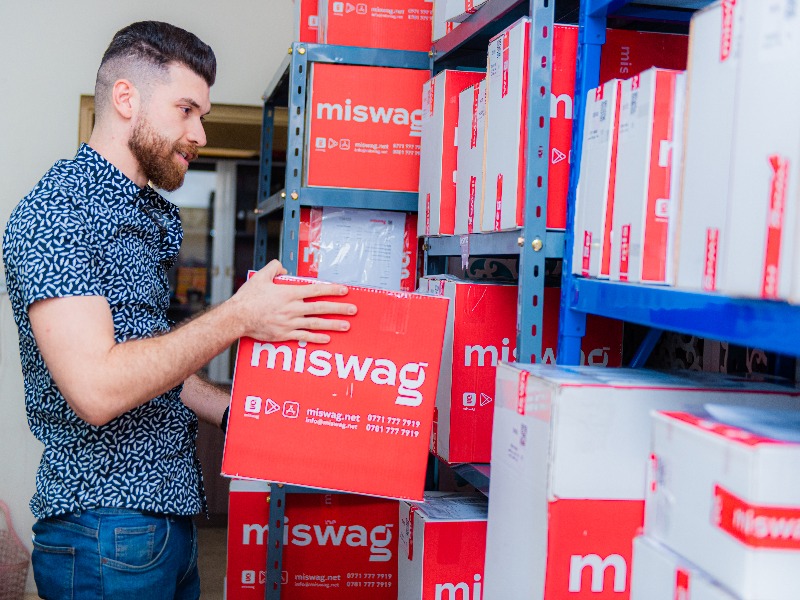 Miswag, the Iraq-based E-commerce platform, has announced the successful closing of its second round of Seed funding. This brings the total outside capital raised by Miswag since 2019 to more than $1M.

Connect with and message Miswag on their MAGNiTT profile

Coordinated by Iraq Tech Ventures and led by Euphrates Iraq Fund and Shwan Ibrahim Taha, Chairman of Rabee Securities, the round was funded by the same consortium of institutional and individual investors from the Middle East and US that participated in Miswag’s first Seed round in October 2019.

Founder and CEO of Miswag, Ammar Ameen, commented, “Miswag’s mission is to offer authentic products to Iraqi consumers at competitive prices, reliably delivered to their door. Investing in cutting-edge technology, Miswag has become a reliable channel for Iraqi vendors to reach customers all over the country. Our ability to attract capital from investors of this caliber is a validation of our business model and the incredible talent and dedication of the Miswag team. This current round of funding will be used to expand our infrastructure including our warehousing, strengthen our technology, and develop new vendor partnerships and increase the variety of products we offer. Since our first seed fund, Miswag has achieved a steady 25% growth rate month-on-month and an average of 8 million visits monthly.”

Grant Felgenhauer of Euphrates Iraq Fund commented, “Talented and resourceful Iraqi entrepreneurs are building some of the most exciting new businesses in emerging markets. Within this space, Miswag stands out. We are thrilled to back Ammar and his team as they work to meet the everyday needs of a fast-growing and increasingly sophisticated consumer population across Iraq.”

“In a chaotic environment like Iraq, Miswag has proven itself to be world-class in its approach to business and execution capabilities,” said Mr. Taha.

Mohammed Khudairi of Iraq Tech Ventures says, ”We are strong believers in Miswag and in Iraq’s transition to a more digitally-driven economy. We are proud to have been part of the first syndicated investment into an Iraqi technology business.”

Founded by Mr. Ameen in 2014, Miswag has successfully navigated tremendous challenges over the past few years, ranging from poor logistical infrastructure in Iraq to war and political turmoil. While the COVID-19 pandemic initially added to Miswag’s challenges, it very quickly proved to be an opportunity. “As the world copes with the COVID-19 pandemic, our ability to provide essential goods to Iraqis at home is more important than ever. As more Iraqis stay home, they rely upon online shopping to meet their daily needs,” said Mr. Ameen.

Named after the Iraqi slang word for “shopping”, Miswag originally made a name for itself selling cosmetics, accessories, electronics, and household goods. The firm has since expanded into food and grocery items in response to the challenges Iraqis face getting everyday items due to COVID- 19. Miswag is distinguished by its technology, the breadth of its product offerings, and its logistical infrastructure, giving it the ability to deliver goods nationwide in Iraq. Over the past year, it has entered into strategic partnerships with Google, Careem, Zain Cash, AsiaHawala, Switch, Cisco, and American Garden and it is one of the first Iraqi apps to be featured on the Huawei App Gallery.