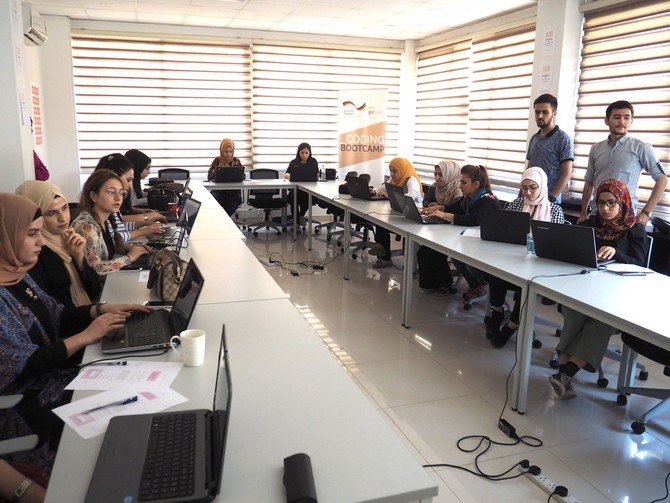 DUBAI: A tech-based startup that has been helping young Iraqis to support their country’s digital economy by teaching them how to code, is looking to expand in other Middle East countries, London daily Evening Standard reported.

Re:Coded, founded in 2016 to assist conflict-affected youth in penetrating the technology industry, is currently working with young students in Iraq, offering courses in computer coding.

“We launched as a coding school to try and upscale youth here and bring them more towards a digital economy especially in Iraq where a lot of the jobs are provided by the government,” Zahra Shah, program manager of the organization, said.

The initiative is well timed, as the startup and tech industries in Iraq are growing, according to Shah.

She said young Iraqis were showing a great interest in technology, but many of the schools lacked the facilities to help harness their potential.

“We started a school to cater to that need for youths to have access to that education. Even the students that learn computer science at university, they're not learning properly how to become computer programmers, it's very theoretical. We fill that gap by teaching android app development," Shah added.

And now the organization, which aims for at least 40 percent female participation on its projects, is looking to expand its reach across Iraq, and introducing the boot camps to other countries in the Middle East.

Students have the option of joining Re:Code’s five-month boot camps or the tech entrepreneurship academy, where after graduating they will be assisted to land jobs, start their own startups, or even become teachers themselves.

"In our last boot camp, we had 35 students, of those students that were looking for full-time employment, around 90 percent of them have gone into employment especially in the local economy,” Shah said.