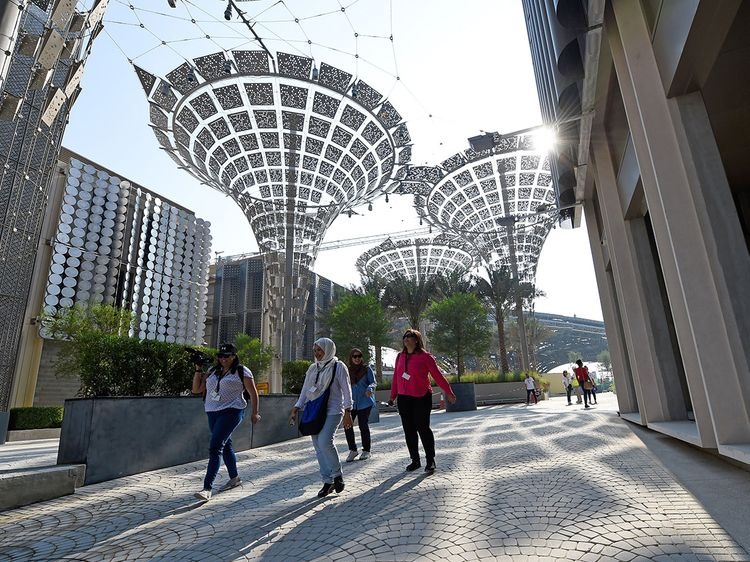 The International Monetary Fund (IMF) has revised its growth forecast for the UAE upwards following its Article IV Consultation with UAE authorities.

The IMF team, following discussions with the UAE government concluded that the country’s gross domestic product (GDP) will growth up to 3 per cent next year from a relatively modest above 1 per cent in 2019.

Following the Article IV consultations, the IMF team headed by Koshy Mathai concluded that the economy is on a recovery path and likely to pick up more momentum next year, helped by Expo 2020 and existing fiscal stimulus.

“Following a challenging period, the economy is recovering. Non-oil growth could exceed 1 percent in 2019 and pick up to around 3 percent next year, the fastest since 2016, on the back of Expo 2020 and fiscal stimulus. Overall GDP growth would register 2.5 percent in 2020,” said Mathai.

Various independent studies in recent months have indicated that Business confidence in the UAE is on the rise supported by a stable economic outlook in the medium term.

The latest HSBC ‘Navigator: Now, next and how’ survey of over 9,100 companies in 35 countries and territories, finds that 83 per cent of the UAE’s businesses anticipate sales growth over the next 12 months, with at least 35 per cent looking to grow by 15 per cent or more.

“The UAE’s significant diversification efforts has meant that the country is increasingly viewed as an innovative hub for trade — benefiting both domestic and international businesses. Vision 2021 combined with Expo’s international reach and connectivity are driving opportunities for export minded companies,” said Mike Davis, Head of Commercial Banking, HSBC UAE.

Latest Purchasing Managers’ Index showed, despite tough economic environment, business expectations towards future output improved in October. Firms were positive that new strategies and greater investment ahead of the Expo 2020 would lead to higher levels of activity.

The IMF team observed that sustaining robust non-oil growth after Expo 2020 remains a key priority, especially in the context of the likelihood that global oil demand will slow in the face of technological advances as well as policy responses to climate change.

To address the medium-term challenges, the IMF team discussed two key policy priorities such as promoting the growth of the non-oil private sector, including small and medium enterprises (SMEs); and strengthening fiscal frameworks to ensure both sufficient saving of oil wealth for future generations and smoothing of short-term fluctuations.

Commending the work already done by the UAE, the IMF team observed that the authorities have already taken a number of important steps, including adopting a foreign direct investment (FDI) law allowing 100per cent foreign ownership in selected sectors, and reducing or eliminating fees and penalties.

The IMF reiterated its call for establishing medium term fiscal framework rather than short term boosts through government spending. The team observed that a fiscal framework is needed that enshrines a commitment to savings, which are currently below the level required to preserve wealth for future generations. A balance between short- and long-term objectives, however, is critical, and given current economic conditions, the authorities’ existing stimulus is appropriate.

“The UAE has been coping well to the regional and global economic slowdown. The government has announced several measures to boost growth by reducing cost of business. Going forward, the UAE should have longer term fiscal plans rather than short term boost in government spending to support growth,” said Jihad Azour, the IMF’s Director of the Middle East and Central Asia Department in late October.

The IMF team called on UAE authorities to complement the fiscal reforms with better monitoring and analysis of GRE-related contingent liabilities. Welcoming the fiscal policy measures already taken by UAE authorities, the IMF mission observed that frameworks should be centered around long-term fiscal anchors, while allowing the flexibility to smooth short-run oil price fluctuations as well as the non-oil business cycle.