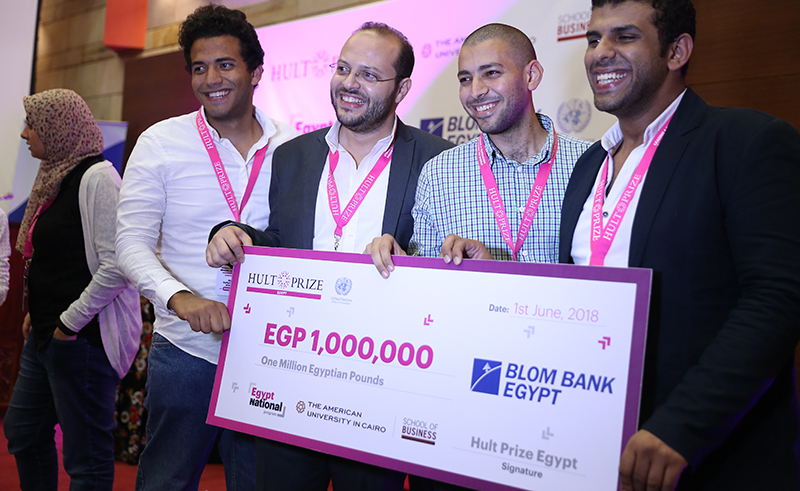 Egypt’s Askova just snagged EGP 1,000,000 on Friday, June 1st from this year’s Hult Prize, which had a them to harness the power of energy; focusing on three Sustainable Development Goals (SDGs), zero hunger, decent work and economic growth, industry, innovation, and infrastructure. Askova, as well as the second runner up, Wastelizer, will head to Hult's accelerator in in Ashridge Castle, in England, for six weeks.

"The acceleration period is divided into 6 phases, and after each phase there is a filtration process according to commitment and progress," Hult Prize Egypt's National Director Amr Mashaly tells Startup Scene ME. "The top teams who will make it to the final phase will get the chance to pitch one last time in September at the UN headquarter for the chance of winning $1 million."

The team of Askova, who met and joined forces at Minya University, has a set of prototypes for wind turbines with an extension that is engineered to accelerate slow winds, such as the ones Egypt has most of the year. Askova's customer base is composed of farmers or landlords running farms, and so far they have sold wind turbines to three customers across Egypt.

"The 2018 Hult Prize challenge involves energy, and it's very important," says Bill Clinton, who is the main supporter of Hult. "The challenge is about the power of energy to positively transform the lives of at least 10 million people by 2025."