How finance empowers women in the Middle East 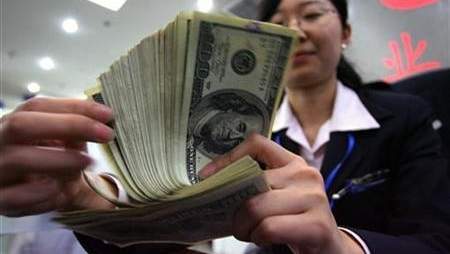 Positive effects on employment and economic development could be considerable

We need more women entrepreneurs. As the female chair of a bank, being outnumbered by Y chromosomes in a boardroom is an experience all too familiar for me. But surely, unlike the traditional, male-dominated financial industry, are other sectors - like tech startups - are doing better in advancing equality of opportunity?

It is not quite that simple. Across the world, leadership in the startup scene remains largely off-limits to women. For instance, they account for only 10 per cent of Internet entrepreneurs, by some estimates.

It is the Middle East, however, that displays some of the most positive figures: it has been calculated that a third or more of tech entrepreneurs here are women - that is a greater share than in Silicon Valley. In the UAE alone, over 30 per cent of businesses set up and run by women generate revenues worth greater than $100,000. This compares with just 13 per cent in the US.

The region is also home to the highest proportion of women entrepreneurs who are the sole owners of their company. They account for 40 per cent of Lebanese female business leaders; in Bahrain this figure rises to 60 per cent.

Overall, the annual growth in the number of Middle East startups over the past three years has been calculated at 46.2 per cent - with a quarter of these new firms being founded by women.

Good for the economy, good for equality

Such figures are doubtless promising indicators of gender equality. They point to the private sector's ability to bring about hard change in the real economy. After all, while every new business supports the creation of jobs, more women-owned companies would help to balance out the workforce, which - particularly in the Middle East - remains far from a 50:50 split. More female entrepreneurs will serve as role models for girls and daughters to look up to, gradually breaking down social pressures against working women.

More than that, of course, it will put money in their pockets, making them less dependent on their husbands and families and allowing them to be more active contributors to the local economy.

Overall, the positive effects on employment and economic development could be considerable. Some estimate that if women continue to enter the workforce at the current rate, they could add some $600 billion to regional GDP over the next decade, boosting it by over 47 per cent.

Challenges remain, however. Last year, almost 70 per cent of women-led startups in the Middle East were denied funding. Female entrepreneurs need access to finance if they are to unlock the potential of their businesses and, in so doing, encourage other budding women business leaders to follow their success.