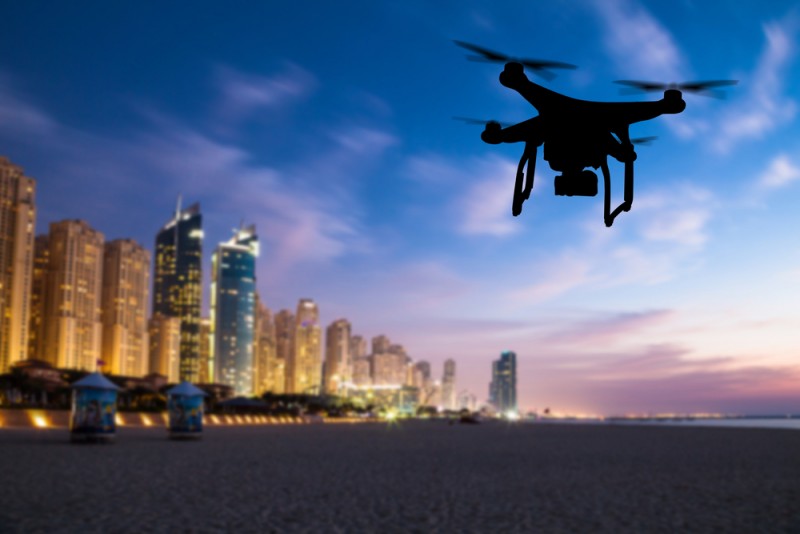 How many neglected online shopping carts are a result of expensive shipping costs and lengthy delivery times?

Eighty-six percent, according to management consulting group McKinsey & Group. That’s a staggeringly high percentage, and one that should act as a sure-fire cause for retail firms to explore alternative methods of catering to the on-demand, low-cost needs of their customers.

Enter the era of drone deliveries. It’s no secret that Amazon has already made progress in creating such an ecosystem via its Amazon Prime Air development centres in the United States, the United Kingdom, Austria, France and Israel, and is currently testing vehicles in multiple international locations.

Closer to home, Dubai-based startup Eniverse inked a partnership with Skycard and Fetchr late last year to help deliver the first autonomous drone delivery service in the region. It was said at the time that they will start with a soft launch to operate in specific areas of Dubai including Emirates Hills, The Meadows, The Springs, The Greens, and Jumeirah.

“Drone deliveries will be the norm in the very near future, and the UAE will be one of the first countries to implement this service,” claims Rabih Bou Rashid, managing director of UAE-based Falcon Eye Drones. “But Amazon Air is still in its infancy with just a few successful proofs of concepts worldwide, and many more major companies are secretly developing these systems.”

However, while federal regulators and industry officials seem adamant that Amazon’s service may begin delivering packages via drone as early as this summer in the US, it seems D-Day for the Middle East is less certain.