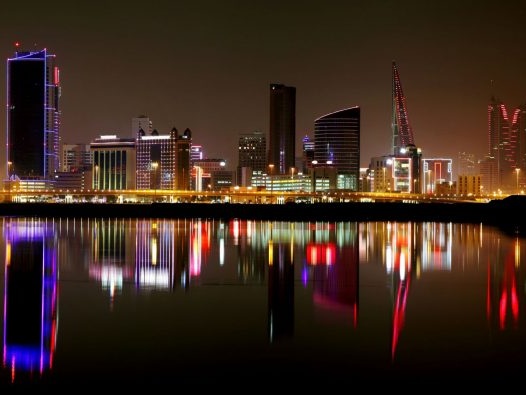 How Bahrain is building its extraordinarily vibrant tech scene

The small archipelago of Bahrain has over the last few years been working on its technology economy. Since AWS landed on the main island, cloud usage has ramped up, and predictions are that it won’t stop here. João Marques Lima sits with Dalal Buhejji, Senior Manager, Business Development – Financial Services, at the Bahrain Economic Development Board, to discuss the measures and the plans that have led Bahrain to where it is today.

How would you describe the Kingdom’s tech scene at the moment and how is it shifting?

Bahrain’s technology community is extraordinarily vibrant at the moment as a number of pro-innovation reforms come together to support a growing and sustainable tech ecosystem. There are several key ingredients a techhub needs, and we are confident that Bahrain ticks all the boxes.

First of all, you need pro-innovation regulation. In the last 18 months alone, we have introduced new bankruptcy, data protection and competition laws, alongside comprehensive regulations for open banking and cryptocurrency for example.

Secondly, easy access to funding is crucial to allow companies to test, launch and expand their business not only in Bahrain, but across the wider Middle East. To address this, we have launched the $100m Al Waha Fund of Funds, that will unlock and promote venture capital funding from across the region.

The third and fourth must-haves often come part of the same package. A highly educated workforce and a deep pool of enthusiastic entrepreneurs. Given that 90% of private sector companies are SMEs in Bahrain, it is clear that the entrepreneurial spirit is alive and kicking.

Finally, when it comes to disruptive technologies such as the cloud and FinTech, the incumbent operators who could be disintermediated, must be open to change if truly transformational change is to take place. With large customer bases, the quickest route for scaling a new product or service can often be through the very businesses that startups are looking to displace.

What has the impact been of the investment by AWS?

AWS’ commitment to Bahrain is one of the biggest votes of confidence we could have hoped for. But, it must also be seen as part of a broader cloud story in the Kingdom. For example, we are the first country in the region to mandate a nation-wide cloud-first policy, which will enable the public sector to provide services more efficiently and at a lower cost.

Equally, our data protection law is modelled after the 1995 EU Data Protection Directive and will help drive uptake of cloud services. Demand will also be driven by a transformative funding scheme from Tamkeen that will provide subsidised access to cloud services for companies based in Bahrain.

Why would you say Bahrain was the location of choice for AWS for instance?

One way of summing it up is what we call our Team Bahrain approach. It is where the public and private sectors – from the policy makers to the young entrepreneurs – work alongside each other to build collective success. This means minimising red-tape and creating a flexible, agile and collaborative business environment. Such an approach also encapsulates something that is unique to Bahrain – a people who are highly skilled and well educated, and who work together to bring economic success to their country.

More specifically, we have a number of advantages that are attractive to overseas investors, including the fact that the Kingdom allows 100% foreign ownership in a majority of sectors, regardless of where a company is based in the Kingdom.

We also have a low cost of doing business – up to 40% lower than our neighbours – in areas such as utilities, registration fees and staff costs. This sits alongside a high quality of life, with Bahrain regularly finishing near the top of expat surveys.

Have you seen an upsurge in cloud startups based in the Kingdom following the launch of the AWS region?

We are still in the early days of our push to the cloud, but the initial signs are encouraging. For example, over 2,500 Bahrainis signed up to AWS’ cloud training programme, a sign-up rate greater than in China and India.

With the global cloud market expected to be worth over $400bn by 2020, the demand for cloud services is only going to grow, especially as it is estimated that businesses who adopt the cloud grow 20% faster than rivals. Bahrain stands ready to be at the forefront of this growth.

What are the challenges to secure venture capital cash in the Middle East region today?

The Middle East isn’t too dissimilar from other regions around the world when it comes to venture capital. Although, when it comes to investing, it is an increasingly sophisticated market and is as discerning as anywhere else in the world.

Startup investment in the region increased by 31% in 2018 according to Magnitt, but performance can be patchy as the number of deals is up in some countries, but down in others. One way to mitigate these disparities would be to improve intra-regional investment, breaking down trade barriers and increasing cooperation.

How is the EDB working to help change the face of the Kingdom on the tech front, especially fintech and cloud businesses?

The EDB’s mandate is to both encourage foreign direct investment into Bahrain and support initiatives that enhance the investment climate. For me, this means collaboration must be our guiding principle. Whether that is working with domestic partners such as the Central Bank of Bahrain or our international friends through initiatives such as the Global Financial Innovation Network, without the multiplying effects of such partnerships our job would be much harder.

Fruits of such cooperation include the region’s largest FinTech hub, Bahrain FinTech Bay, and the Middle East’s first onshore Regulatory Sandbox, which has already seen an open banking API provider and a Sharia’ compliant cryptocurrency exchange graduate from its testing environment.

How Bahrain is building its extraordinarily vibrant tech scene