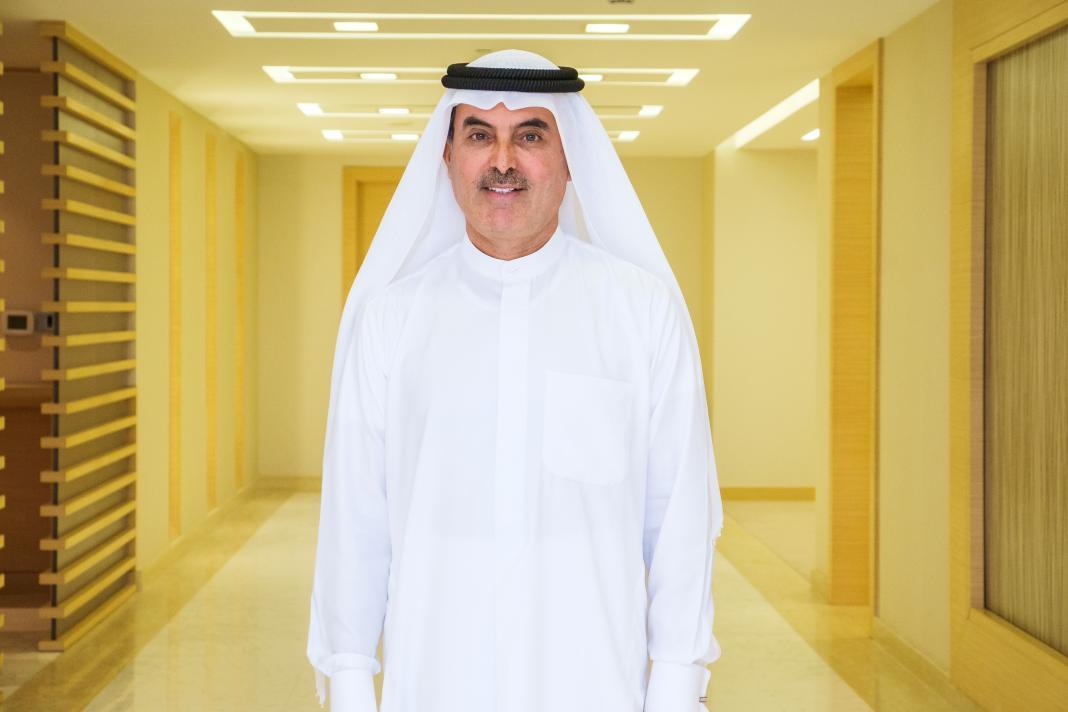 Saying that the Middle East & North Africa (MENA) region has problems is an understatement. You can take your pick of what ails it. Civil wars? There are at least four going on (Iraq, Syria, Yemen, and Libya) as we write this. Poverty? About 37% of the Yemeni population is currently living on less than $2 a day. Inequality? Extremism? Humanitarian crisis?  Well, let’s not even get there.

At the core of these issues is one demographic that is being watched with some intent by the world’s best policy experts and concerned regional governments alike—the Arab youth, which makes up 32% of all Arab population. Or rather, the disenfranchised Arab youth.

There are only a few bright spots for the young Arab demographic when we talk about the MENA region, and those are in the relatively better-off Gulf states. Unemployment rates among young Arabs are some of the highest in the world. Almost 40% of all MENA graduates are unemployed, and unemployment rates hover at about 14%.

A chunk of such graduates are women, and cultural reasons are keeping them off the workforce. Meanwhile, for the others, recruiters and businesses say that these graduates do not have the skills needed to work in the modern economy, and thus their need to hire expats.

Besides, many don’t have the language, communication, or collaboration skills to work in the private sector’s high-performance environment, employers say. Graduates with adequate skills in mathematics and science are few and far between.

It is no surprise then that almost 40% of all employers in the Arab world say that a skills shortage is crippling their business growth. And this correlates perfectly with the finding that no Arab university makes it to the top 200 rankings of the best universities in the world.

But how exactly did we get here?

It wasn’t always like this. The Arab world was once a global leader in higher education. Some of the world’s oldest universities are here.

The University of al-Qarawiyyin in Fes, Morocco is the oldest existing, continually operating and the first degree awarding university in the world. Its first students are said to have graduated in the middle of the 8th century, and it also houses the world’s oldest, continuously running library.

Scientists like the 10th century Ibn al-Haytham, who offered the first correct explanation of how vision works, were found aplenty in the Arab world. Thinkers like the 8th century’s Abu Uthman al-Jahith, an intellectual of East African descent who was first to speculate on the influence of the environment on species (a 1,000 years before Charles Darwin) were revered and held up as role models.

So how did the Arab idea and practice of higher education tumble so much from those heights?

In a recent editorial, Maysa Jalbout, a prominent executive in the region’s education and social development sector, argued that MENA’s education sector was stuck between two major challenges: conflict and inequality. In the Arab world, nearly 4.5 million children are not in school, she argued, and about 87% of them live in conflict-affected countries.

According to UNICEF, the number of Arab children that are not in school could rise up to to 13 million, and about 80% of them live in conflict-affected countries. Another 2.9 million young people don’t have access to secondary education.

On top of that, family income is a strong factor behind the region’s education problem.

In countries like Egypt, for example, there is still a significant gap between children from the lowest income and average incomes households when it comes to getting primary education. Much like elsewhere in the world, this is further exacerbated by the fact that children in rural areas do not have the same access to quality education as urban children do.

It is this gap that Jalbout will be targeting in her new position as the CEO of the Dubai-based Abdulla Al Ghurair Foundation for Education (AGFE).

The foundation was launched in 2015, as one of the world’s largest family-funded philanthropic education initiatives and an undertaking of Emirati business mogul Abdulla Al Ghurair, who announced that he would be donating one-third of his personal wealth to providing scholarships for an estimated 15,000 students from across the MENA region.

The fund, which is run by Al Ghurair’s son Abdul Aziz (hereon referred to by his surname), will offer $1.14 billion in grants for underprivileged youth over the course of the coming ten years.

“My father has come to an age where he has started thinking about his legacy. And it was evident to us that our endeavor should be in the education sector, and to have an impact, we needed to institutionalize it,” says Al Ghurair, CEO of Mashreq Bank and chairman at AGFE, who has been given the responsibility of spearheading his father’s philanthropic vision.

For the family, it was clear that for actual impact, the effort had to be concentrated and significant in numbers. “In the Arab world, there is a lot of philanthropy but mostly on the individual level. We have to move to the next level where  philanthropy is specialized and has a big impact.”

So what exactly is this big impact? Jalbout explains that at the core, it is about giving access to higher education in science, technology, engineering and mathematics (STEM) to young Arabs most in need of it.

“We had 14,500 applications in our first call [for students], young people who are very smart and very ambitious and who had high grades but life hasn’t given them the opportunities that they deserve,” she says, revealing that about 170 of them are now pursuing STEM degrees.

“We are looking for bright young high-achieving Arab youth from all 22 Arab countries as long as they are under thirty and they have proven that they are serious about their education and they want to continue their journey [within STEM],” she adds.  “We are also looking for skills and characteristics that can make them leaders and influencers in the region. We are looking for a desire to make a difference.”

In essence, what Jalbout and the foundation are looking for are the building blocks of an entrepreneurial ecosystem—students in STEM who will one day build out the regional new economy from within rather than be playgrounds of multinationals from the west.

Najla Al Midfa, general manager at Sheraa—Sharjah Entrepreneurship Center, emphasizes on the importance of STEM education for the next generation.

“It is critical to ensure that the next generation has the skills required to compete in and contribute to, the global knowledge-based economy. STEM is the foundation of the technology-driven world we live in, and we must encourage students to understand and embrace these subjects.”

“At their core, STEM disciplines are built on curiosity, problem-solving, collaboration, and critical thinking–all skills that are relevant in today’s workplace and are key to building successful careers.”

And building successful companies, which in turn can tackle the Arab world’s demographic troubles, argues John Mullins, associate professor of management practice in marketing and entrepreneurship at the London Business School.

“Education is among the most powerful drivers of economic growth. It does so by raising productivity, and raises aspirations as well,” he says, noting that education is the first requisite of entrepreneurship. “No matter where one looks around the world, virtually all new jobs are created by fast-growing entrepreneurial companies. Jobs are a powerful route to improving social conditions, and it’s up to MENA’s growing cadre of grassroots entrepreneurs to build vibrant companies that can grow and create them.”

Al Ghurair echoes those views and says that for the Arab economies to succeed, quality education for all is a must. The desire is there, he says, but not the means, and that is what his foundation is trying to bridge. “We have very ambitious youth who are dying to have access to high-quality education all the way to university. But once they graduate, we also need to ensure that we place them in the right places in our private sector, in our government, to create the innovators, entrepreneurs, and the researchers. We need to create that culture.”

To further bridge that gap, and reach out to the maximum number of youth possible is what the foundation’s second program is based on, while a third is targeted at upgrading the math and science skills of Emirati youth in the UAE, preparing them for university education.

Focused on online learning, the second program brings online degrees from top accredited universities to Arab youth anywhere they are.

“The high number of applications we received from the first program was a very clear indication to us that no matter how many opportunities we are going to provide face to face with young people, even if we meet the target of 15,000, it is not going to be enough,” explains Jalbout.

“So the online program is meant to reach young people wherever they may be and to bring the best education to them from around the world.” The foundation’s first collaboration in this program is with Massachusetts Institute of Technology (MIT), one of the best STEM universities in the world.

“The collaboration is just starting to roll them out. We are going to focus on management, learning technologies and other areas that are not taught in the region and that we need for the people to be prepared for the jobs of the future.”

Even with the online learning program, the size of the fund, and the reach of his family’s name, Al Ghurair is very realistic in what he can achieve with the foundation and that he or his foundation alone will not be able to fulfill the huge gap in the system.

“There is no one individual or organization that can do this on its own. It needs a collaborative effort from government to enterprise to people and families,” he says.

Governments in the MENA region are on the right path, but there is still a very long way to go before every single student in the Arab world is receiving quality education, he argues, imploring Arab governments to be more innovative and think outside the box.

“Governments are trying, but I think we need more innovative solutions to tackle this issue. And one of the areas, for example, where we need our governments to change their perspective is on the online learning front.”

“There is total resistance from our governments to recognize a bachelor’s degree obtained online from a top university. I think this mindset has to change. I know the worries that the governments have, this could be a Mickey Mouse certification or a fake one from somewhere in Cyprus. But they need to go through the program, verify it, and then accredit that degree.”

On the other hand, he says, governments should also look at bringing quality education to all using the online medium. “We can even start right from high school. Can we bring quality online education to the young Arabs living in villages?”

Jalbout, a daughter of Palestinian refugees who left for Canada in search of a better education, and who has since then combined experiences in the technology and developmental sector to work in the education sector, is acutely aware of what Al Ghurair is asking here of all the stakeholders in the region’s educational system.

“I think we need to see a complete mind shift around education. We need to see education as a solution to many of the problems that the region is facing.”

“To me, education is the greatest equalizer; it is the one thing that you can give a young person, and no one could take it away from him,” Jalbout stresses.

“It gives them the tools and skills, and it opens up the door for them to achieve their true potential.”