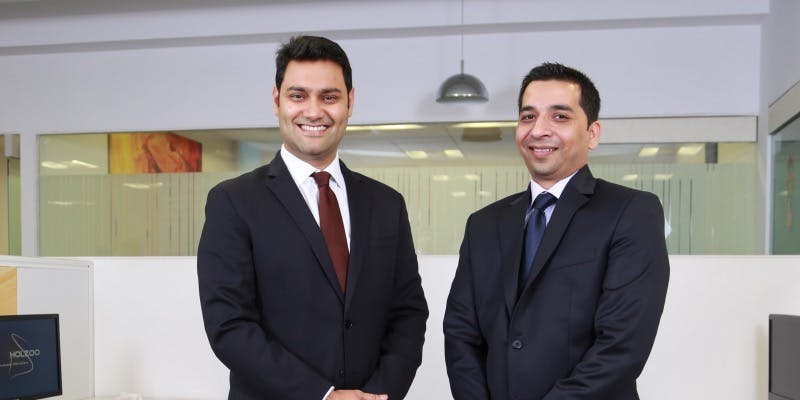 Dubai, November 21 2018 – Middle Eastern OTA (Online Travel Agency) Holidayme announced today that it is expanding its global footprint by merging with Malaysian OTA Tripfez. The company also revealed that it has received US$16M in a round led by Gobi Partners. Other investors in the Series C round include Accel Partners' Indian arm, UAE-based Global Ventures, Egypt-based Algebra Ventures, and Lebanon-based B&Y Venture Partners.

The announcement was made at Gobi’s event, TaqwaTech: Empowering Muslims in the Tech World, which was held at co-working space DOJO KL in the heart of the capital city. The firm gathered an audience of entrepreneurs, government bodies and the public who are interested in the TaqwaTech sector to discuss its potential and the latest ideas and innovations emerging from the space.

Launched in November 2014, Holidayme is an OTA that offers on-the-fly customized travel solutions to travelers across the Middle East, aiming to solve several pain points faced by their users, such as an inefficient booking process and a lack of dedicated platforms for Muslim- friendly holiday packages and hotels. The company provides a dynamic packaging solution which enables users to lower costs by building their own package, including flights, hotels, activities and transport services. Over the past few years, Holidayme has grown substantially in terms of scale and operations, with a GMV growth rate of 127% YoY, and a transactions growth rate of 163% YoY.

Holidayme will be expanding into ASEAN with Tripfez, an existing Gobi portfolio company. Launched in November 2016, Tripfez helps Muslim travelers make observant choices and book a stay that is catered to both their religious and personal needs. The company’s patented Salam Standard certification process reviews hotels and scores them according to how Muslim- friendly their rooms and amenities are. The platform is essentially a marketplace that connects mindful Muslim travelers and Muslim-friendly hotels. For hoteliers, Tripfez provides the opportunity to be seen by millions of Muslim travel goers and easily reach out those who are looking for a stay that suits their lifestyle.

Speaking on the merger, Geet Bhalla, Co-founder and Chief Executive Officer (CEO) of Holidayme said, “At Holidayme, we have continued to provide our customers with next generation technology and user experience for their travel booking requirements. After experiencing phenomenal growth in the Middle East, the merger with Tripfez marks an extension of our business into Southeast Asia. We are focused on providing a niche product carved towards the travel requirements of 1.8 billion Muslims globally, and Southeast Asia is key to that plan.”

Faeez Fadhlillah, Co-founder of Tripfez, said, “This merger is a major milestone in the ongoing development of the fast-growing Muslim travel and tourism sector. Tripfez and Holidayme are dedicated to delivering the finest online travel booking services to the global Muslim community. This is being fuelled by increasingly affluent Muslim populations in Asia and the Middle East where all generations, particularly Millennials, have a strong appetite for travel and where our two companies command a large market share.”

The merger between the two OTAs marks Gobi’s second TaqwaTech investment in 2018, after the funding of Sastaticket.pk, which was announced earlier this month. Thomas G. Tsao, Founding Partner of the firm, commented on the deal stating that, "When Faeez and Geet approached me with their plan to come together and scale across multiple Muslim economies, I became very excited. This is one of the biggest opportunities in the travel space. This merger will serve as a catalyst that energizes an entire generation of TaqwaTech entrepreneurs.”

Mohammed M.S Bin Mahfouz, CEO of Holidayme’s Umrah Business said, “Holidayme and Tripfez are also building a next generation Umrah solution that is focusing on catering to the 30 million potential Umrah visitors by 2030, so there’s a lot to look forward to with this merger.”

Holidayme and Tripfez will be working to roll out this solution in Malaysia and subsequently Indonesia. Holidayme will also leverage on Tripfez’s Salam Standard data, which includes over 27,000 restaurants, and over 93,000 hotels. The company will integrate Salam Standard into their platform.