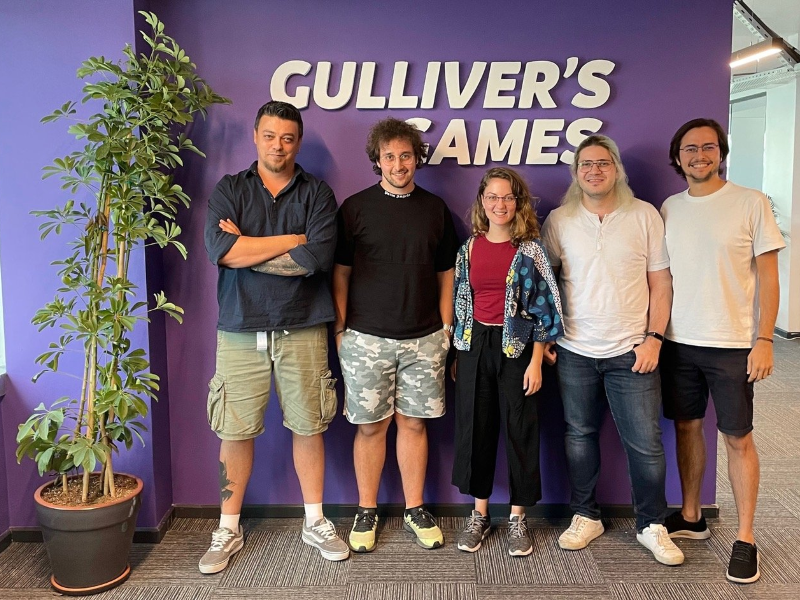 Turkey-based gaming studio Gulliver’s Games has successfully raised $750K in its latest funding round. The Seed round was led by Tueky-based Boğaziçi Ventures and USA-based March Capital with the participation of angel investor Özgür Aksoy.

Founded by Akdağ in Istanbul at the end of 2019, Gulliver’s Games focuses on the hybrid casual and tycoon games and is most known for its highly entertaining mobile game ‘Plant Shop Tycoon’. The Turkey-based gaming studio curates a unique casual and entertaining gaming experience for players, tapping into a niche gaming genre that gamyfies running a business and making profits in multi-themed simulations.

The Turkish startup gaming scene has been observing one of the most exciting growths as a VC ecosystem in the past year. Turkey-based gaming startups have closed the highest amount of deals across industries in Turkey, closing 36 deals YTD and so far raising almost 100 times the amount of funds invested in the industry around this time last year. Records in our August 2021 Venture Investment Dashboard and throughout the year show that regional and international investors have a growing interest in the scene, closing Megadeals like Dream Games earlier this year, and still maintaining a keen eye to promising SEED opportunities like Gulliver’s Games.

Gulliver’s Games, led by Doğan Akdağ who has made a repertoire in successful gaming experiences including Peak Games, has debuted in a signature Tycoon gaming style. In Tycoon games, the players need to run a functioning business and scale it to make profits or unlock achievements, that business being a plant shop in the case of ‘Plant Shop Tycoon’. Just like the Turkey-based startup provides players with avenues of business mastery, the Seed funding round validates Gulliver’s Games own steady growth. In a statement, Boğaziçi Ventures Co-Founder Burak Balık expressed his utmost confidence in the team’s talent and expertise and affirmed that Gulliver’s Games is headed to become one of the most anticipated gaming studios in its category.

Gulliver’s Games plans to utilize its newly acquired funds to expand its team with dynamic talent, as well as to release its first full version game. Founder of the Turkey-based startup Akdağ said their first goal with the investment is to dominate the Tycoon market with infrastructure that they have worked on for a year. He concluded in a statement  “On this journey, we are about to complete the preparations for our new game. We look forward to carrying out our long-term plans by growing our young and talented team.”

Continue to next level? Explore 100+ Gaming startups in Turkey