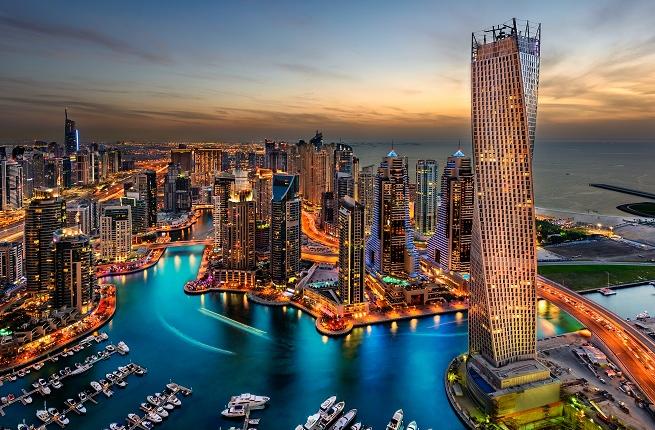 SOURCE: Technical Review Middle East - The Gulf still boasts some of the best project opportunities in the world

As home to globe’s wealthiest countries, the financial muscle is available to develop and upgrade infrastructure and growth uptick in 2019-20 is conducive for project spending.

“There are huge opportunities in the region and it is just a reassessment of how we plan for those and how we deliver them. We need to evaluate the return on investment for these assets,” said Deloitte Middle East.

As Saudi Arabia moves ahead with Vision 2030 based on greater private sector investments in non-oil ventures, local and foreign contractors can look forward to participating in mega-projects identified during last October’s Saudi Arabia Conference – those will have huge multiplier-effects both in KSA and neighbouring countries.

The kingdom is actively seeking to upgrade its transport-related infrastructure, as well as increase residential supply, healthcare and leisure facilities that are driven by the development of major schemes, notably The Red Sea Project, Neom, The Qiddiya Entertainment City and Maritime City. The value and quantum of building work to be awarded over the medium to long-term make KSA the prime Middle Eastern market with capital projects worth in excess of US$1.2 trillion in the pre-execution stage, according to Deloitte Middle East.

The UAE (led by Dubai) is laying the foundation for deepening a ‘knowledge-driven’ economy and is increasing competition, boosting energy efficiency and promoting technology entrepreneurship, aiming to attract diverse global investors and start-ups. Dubai has allocated US$7bn for new construction and upgrading related to hosting World Expo 2020, which will feature companies from 132 countries and is expected to boost private consumption and services. Abu Dhabi, major oil-exporter, has unveiled a US$13.6bn stimulus plan for infrastructure and is focusing on industrial and small-medium enterprise projects. Deloitte estimates the value of UAE’s projects in pre-execution stages at US$713bn.

In Kuwait, plans to invest US$115bn in the oil sector over the next five years – aimed at boosting production capacity by one-third to four million bpd by 2020 – will also spur non-oil growth (via multiplier-effects). Kuwait’s flagship diversification venture, the Northern Gulf Gateway project with a new US$12bn airport, an industrial hub, tourism and education zones, as well as a US$18bn railway system and building new residential cities – currently in pre-development stages – will increase both internal and intra-regional connectivity.

Qatar has implemented a US$130bn public investment programme for 2014- 24, with many projects linked to hosting of the FIFA World Cup in 2022. Few schemes have hit delays, including Qatar Rail’s long-distance passenger and freight rail and network project. But, given the scale of capital spending and construction activity underway for the World Club-related infrastructure, the prospects for non-hydrocarbons economy are bullish.

In Oman, the development of Special Economic Zones in Duqm and Sohar will drive project activity, together with planned investments in oil gas sector. While Bahrain is focusing on transport and housing areas, the Ministry of Transport owns two mega planned projects – the airport expansion and light rail system (estimated worth US$18bn) and are anticipated to be awarded in late 2019.

A combination of factors such as expansionary fiscal stance, higher oil revenue and publicly funded projects in priority sectors are supportive of growth revival across the GCC bloc – projected at 3percent this year after contracting in 2017, according to the International Monetary Fund (IMF).

The full report on GCC prospects will be published in Technical Review Middle East Issue1 2019.