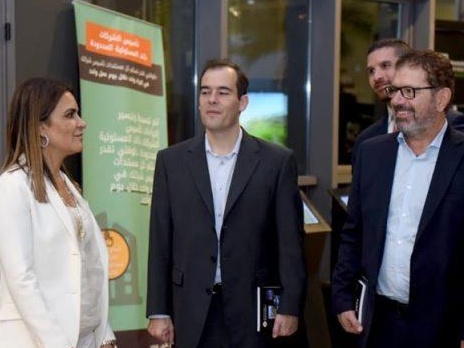 According to MENAFN, Google’s delegation is currently visiting Egypt to examine the prospects of increasing Google’s investments in Egypt and Africa, focusing on SMEs and education. The company's Managing Director for Middle East and North Africa (MENA), Lino Cattaruzzi, heavily praised the Egyptian government’s new investment measures aimed at improving the business environment with legislative reforms.

He also added that Google is going to establish a “Google Campus” in Cairo to offer training courses to startup companies and their founders. Google already has similar campuses in cities like London, Madrid and Berlin.

Sahar Nasr has also done her part, by affirming the government’s directives to set investments for making the Egyptian people better suited to establish and run startups. She is also very hopeful of the contribution from the young generation in Egyptian economy. “The youth are the hope for a better future that will contribute in accelerating economic growth. As the MIIC, we are paying increasing attention to support entrepreneurs and emerging companies," she said.

Nasr also mentioned the new Investment Law that asserts the country’s support for startups. During the first and second phases of the Fekretak Sherketak (Your idea, your company) initiative, 33 startups have benefitted by the support from MIIC.

These signs are very positive for the country, as many thought Egypt would require a few more decades to rebuild the country’s economy after the Arab Spring.