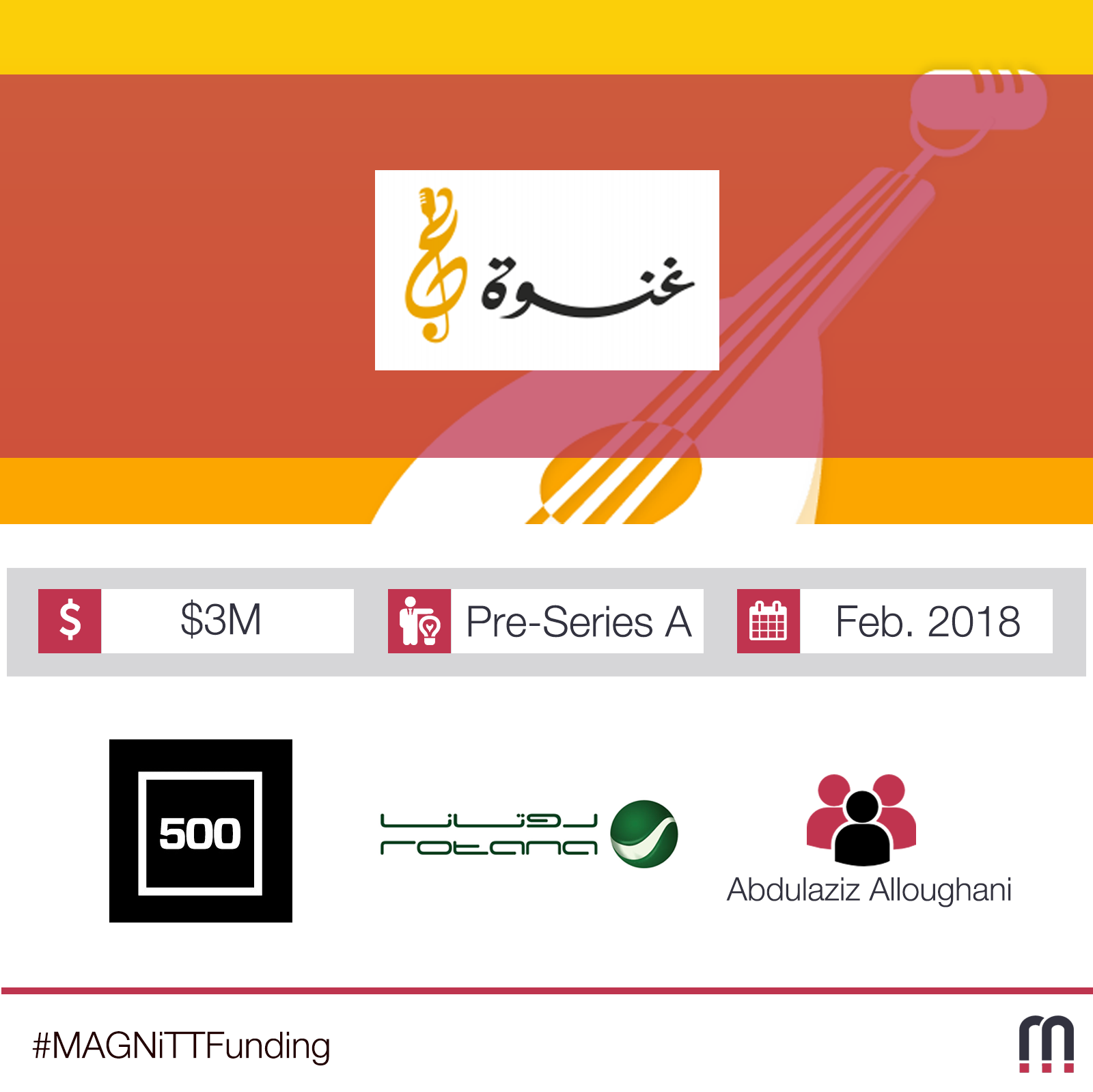 Ghinwa Celebrates the Close of US$3 Million Funding Round

Ghinwa Co-founders Mohammad AlMunaikh, Bader Althous and Alfonso Fernandez saw an opportunity in developing an Arabic karaoke app and selfcasts, a term coined by the start-up which means a short digital audio file that represents the broadcaster’s point of view expressed artistically and anonymously.

The Ghinwa team started their business at in5 Tech, an enabling platform for startups and entrepreneurs in Dubai, back in 2016. The app quickly gained traction with users, particularly in the Arab world, where cultural constraints can prevent people from posting videos or even pictures of themselves.

Mohammad AlMunaikh, Chief Executive Officer and Co-founder of Ghinwa, said: “Ghinwa’s success is ultimately due to our 30,000 and more users, who tested our products and provided us with the feedback we needed to get to develop a product that we are confident will gain popularity across the Middle East region. Last year, Ghinwa focused on experimenting with different features and collecting user data to understand the barriers to self-expression.” “Our plans for the current funding is to help Ghinwa scale into regional markets and to promote the app through marketing initiatives across the MENA region, where we see enormous potential,” added Mohammad.

One of Ghinwa’s investors, Abdulaziz Alloughani, who is also the Co-founder of Talabat.com and managing partner at Faith Capital Holding, said: “There is enormous potential in Ghinwa because it encourages creativity and talent in spite of cultural barriers. I believe that Ghinwa will become an important platform for talents in the Middle East to showcase their musical abilities.”

The start-up has seen exponential organic growth in followers, with a 30 per cent month-on-month increase. In 2017, Ghinwa recorded more than 270,000 singing experiences. The start-up was also the winner of the MITEF Pan Arabia Best Startup for 2016 award.

Ghinwa Celebrates the Close of US$3 Million Funding Round