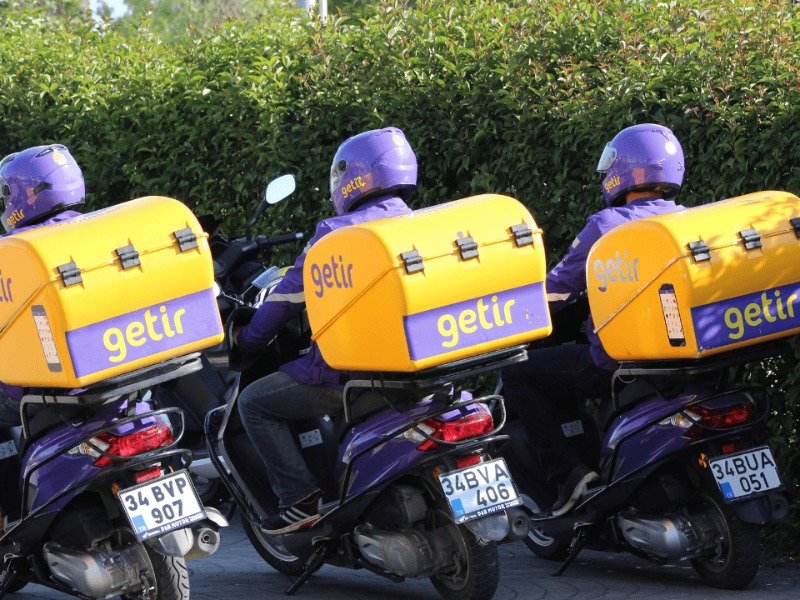 Turkish on-demand delivery platform Getir has raised $128M in a Series B funding round, led by Moritz’s Crankstart Investments and Brazilian Base Partners. The round also included participation from Tiger Global, Goodwater Capital, Esas, Fiba, and Revo.

This investment follows Getir's $38M Series A round in January of 2020 and now brings the company's valuation to approximately $850M.

Turkey's startup ecosystem witnessed another mega-deal take place last year, with furniture store Vivense raising $130M in a Series E round. Download our 2021 Emerging Venture Markets Report to deep-dive into the country's venture space over the past 12 months.

Getir (meaning “bring” in Turkish) was founded in 2015 and is an on-demand delivery service that joins the worlds of mobile technology and logistics, providing solutions to the delivery of goods in urban areas, including grocery items and a courier service for restaurant food deliveries. Getir is currently active in 18 Turkish cities and states that they deliver 1,500 varieties of groceries to millions of people in Turkey in an average of 10 minutes

As a result of the new round, the Istanbul-based company is planning to launch across the world in London, Sao Paulo, Mexico City, and other locations.

Nazım Salur, Founder of Getir commented on the major fundraise, "We established Getir in 2015 to break new ground in the world and create a new market. In this round, our existing investors believed in the potential of Getir and new investors joined us. In just 5.5 years, we have reached a valuation of about $850M; the most important factor in achieving this valuation is that Getir was first in the world when it was founded, we heavily developed the idea and have carried it to where it is today."