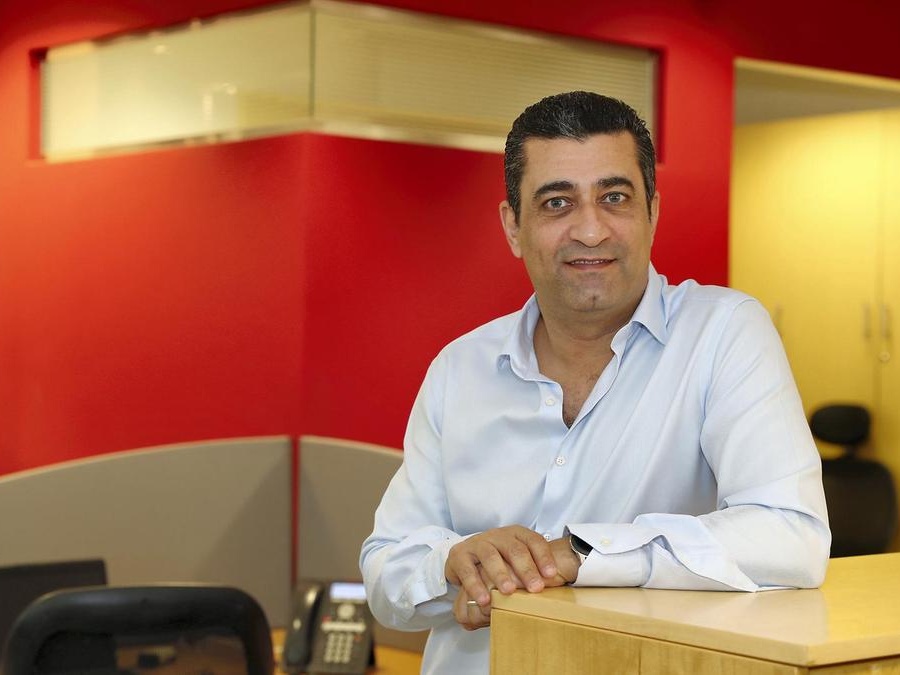 Generation Start-up: Taking away the HR headache for SMEs

Ayman Badawi is aiming to double the number of users on his platform 1clique, a company that provides tailored HR software to local SMEs, by the end of this year

Entrepreneur origin stories are more varied than popular assumptions. Of course, there are those Silicon Valley tales of companies like Google that start from a friend’s garage to become global giants, but the reality is often more nuanced.

Ayman Badawi, for instance, hadn’t planned to set up his own business after quitting his role as group head of human resources for Aramex in 2016.

"I resigned, and I had a couple of job offers,” he says. But during his previous 25-year stint in human resources for a number of companies, he’d developed software and had regularly been asked by friends who own small businesses for help with HR issues.

“While I was waiting for those [job] offers to materialise, I said ‘let me play with that’. So I started developing something and you know, sometimes God has his own plans for you,” he says.

“Those two job offers didn’t materialise but at the same time that platform was growing and I was able to get some clients to test the pilot.”

What emerged was 1clique – a software-as-a-service (Saas) platform where business owners pay a monthly fee for HR software specifically developed for the Gulf region, based on the number of employees they have.

“I realised the issue at that time was HR software was too big and too expensive – they were catering for the large organisations … and was so expensive SMEs definitely couldn’t afford it. And the ones that were affordable usually were from overseas – so they don’t have the laws of the land, you have to configure them manually.”

The fact that he didn’t fit the popular assumptions of an entrepreneur was an issue when he began to look for funding.

“The VCs didn’t find us sexy enough for them,” Mr Badawi says. “What we always stumbled across was ‘how are you going to scale?’. I’ve realised that in the Middle East, when they compare us, they compare us to the Careems, the Souqs. For a B2C, your market is huge and it’s impulsive – you’re reaching a decision-maker. You can launch an app now and have 1,000 users.

“For us, there’s more of a sales cycle. There’s a bit of education needed and the decision-maker might not be the first person we meet.”

As a result, his business may not have had the explosive growth that others have experienced, but he says he’s managed his money much more wisely.

“People say, you’re not a start-up, you’re an SME. Call me whatever you want, at the end of the day I’m trying to make my business profitable and sustainable."

Mr Badawi, a Palestinian who was born in Lebanon but grew up in the UAE, bootstrapped his business until October 2018, when he eventually took on $170,000 in angel funding from friends. He says the fact that he’d worked for so long trying to build the business without access to external funding has meant he’s more careful with his cash.

For instance, he’s invested in digital marketing in a bid to grow the business in the past, but says it never really worked because much of the expertise on that sector in this region is geared towards B2C. He’s had better results through partnerships with accountants and other consultants who advise SMEs on VAT and other compliance issues.

“Eighty per cent of our clients are acquired either by referral from our existing clients or by those kinds of partnerships. The other 20 per cent was through digital marketing,” he says. The funding he received has largely gone towards development – boosting the number of programmers the company employs in Egypt.

“Why Egypt? The talent pool was great there, it was more cost-effective and it’s the Middle East. We wanted that platform to not only translate into English but also into Arabic,” Mr Badawi says.

“I’m married to an Egyptian, so I go there often and I don’t have to put a lot of pressure in terms of cost on the business. I can go and stay with my in-laws! For the price we’re paying in Egypt, we can get 3x [the return] for the same calibre.”

Over time, Mr Badawi has tailored his product for different sectors. 1clique started as a platform for white collar staff but customisations have been made for companies with much bigger workforces – in construction and retail, for instance. The company can cater for businesses with up to 1,000 employees and has added features such as performance management metrics. Tools that can be used by consulting companies are currently being developed, Mr Badawi says.

User numbers have grown from 700 at the end of the paid product’s first year, in 2017, to 3,200 at the end of last year. The target for this year is to double this, and to drive user numbers to 12,000 by the end of 2021. About 90 per cent of its users are currently in the UAE, but after the rollout of tailored versions for each GCC market a few months ago, he expects this to change.

“He [Mr Awajan] understood Saas and believed that Saas is the way forward for most business platforms. We know each other and he believed in my capabilities and what we have developed,” Mr Badawi says.

The company’s plan for growth in the short-term involves finding channel partners in each Gulf market to help sell the products there. It is also looking to become certified partners with firms selling popular accounting and CRM (customer relationship management) software packages, using APIs (application programming interfaces) to bolt on useful, Gulf-specific HR software – “to have an ERP (enterprise resource planning system) without paying the price”, he says.

“When we have more financial muscle, of course we will start focusing more on marketing our product, but we are not doing that now. Hopefully, in 2021,” he says.

And the ultimate aim, of course, is to turn a profit.

"Now, I believe that even in the start-up ecosystem investors are not any more just looking for growth. They’re looking for light at the end of the tunnel. And you can see that happening in Silicon Valley, too."

Last year, Egypt saw more deals, funding, investors and exits than ever before! Are you interested in keeping up with the story of one of MENA's hottest startup ecosystems? Purchase our 2019 Egypt Venture Investment Report HERE

Generation Start-up: Taking away the HR headache for SMEs