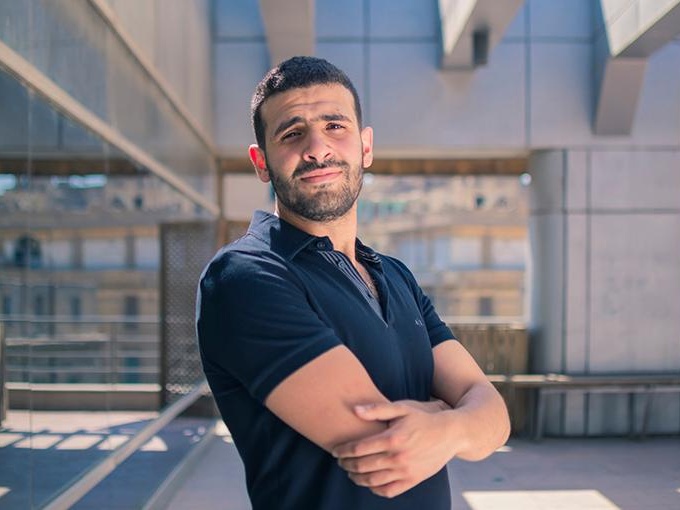 Generation Start-up: Egypt’s Swvl is vying for a spot on the unicorn bus by 2023 – or sooner

With plans to move its headquarters to Dubai and expand to 15 countries by the end of next year, chief executive Mostafa Kandil has grand ambitions for the transport app

It is hard to keep track of where Swvl, the bus transport app founded in Cairo in 2017, is going next. Over the past couple of years, founder and chief executive Mostafa Kandil has mentioned a number of cities in the start-up’s expansion plans: Manila, Philippines; Lagos, Nigeria; Dar es Salaam, Tanzania; Abidjan, Ivory Coast; Dakar, Senegal; and Jakarta, Indonesia. Vietnam, Thailand and South Africa were also floated as possibilities at some point.

After Swvl raised $42 million (Dh154m) in a series B round in June, it did expand – to Nairobi, Kenya and four cities in Pakistan. It is anyone’s guess where it will go next, but Mr Kandil says the company is targeting 15 countries by the end of next year.

“We don’t see ourselves limited to a specific region or geography, but more of an emerging markets product,” he says. “Basically we work best in major cities that have a big middle class and broken mass transit.”

Filling a gap in the market between mass transit and ride-hailing, Swvl allows commuters to reserve seats on private buses operating on fixed routes and pay fares through its mobile app. It started in April 2017 with a few buses in the traffic-gridlocked metropolis of Cairo and set up in Egypt’s second-largest city, Alexandria, later that year. Now it has “hundreds of thousands of bookings per day and thousands of buses operating”, according to Mr Kandil.

He is so confident that Swvl will be a success in markets beyond Egypt, in January he said the company would be a unicorn in 36 months and now says “I think we are going to deliver in less than that”. He notes that the company “doubled in volume and doubled in revenues” over the span of a few months following the last funding round.

Meanwhile, change is on the cards: an imminent move of its headquarters to Dubai and a multi-phase expansion plan to Africa, Southeast Asia and Latin America – all in the hope of achieving a $1 billion valuation and a dream to become the “gold standard” in the mass transit sector.

“Every day we’re getting closer to being profitable, which is quite a unique selling proposition in this sector,” says Mr Kandil. “We see a very clear path to not only becoming a unicorn, but becoming a multi-billion dollar business grown out of Egypt and the Middle East.”

Sweden’s Vostok New Ventures, which invested $16m in Swvl’s last funding round for a 10.3 per cent stake in the company, said in its first-half financial report that “the overall target of $1 billion in GMV (gross merchandise volume) is achievable”. It estimated that Egypt alone could become worth at least $500m and “if successful in Lahore, Karachi, Nairobi, Lagos and Johannesburg, this upside obviously multiplies”.

The number of exits to date this year reached 20, more than the full-year total of 17 last year, and includes the $3.1bn sale of ride hailing company Careem to Uber, the report said. In a separate joint survey by MAGNiTT and venture firm 500 Startups, six in 10 start-up founders in the region said they expect an exit within five years and 59 per cent said they are “certain” they will create a business with an exit value of $100m.

Vostok New Ventures’ 10 per cent stake in Swvl already translates into a valuation of nearly $157m. Swvl is also one of the best-funded start-ups in the region, having raised over $80m from a long list of investors that include Dubai’s Beco Capital, US’s Endeavor Catalyst, China’s MSA, Egypt’s Sawari Ventures and UAE real estate portal Property Finder chief executive Michael Lahyani.

“Swvl is a transformational offering providing the masses with a reliable, safe and affordable mass transit option for the daily commute,” says Dany Farha, co-founder and managing partner at Beco Capital. He adds that Swvl is “saving governments the burden of investing billions in infrastructure” and “is led by a highly driven and capable founder”.

“These factors combined, along with the opportunity being in a white space, are some of the key characteristics of Beco’s investment strategy,” Mr Farha says.

Mr Kandil, 26, previously worked for Rocket Internet and Careem as a “market launcher”. In his year with Careem, he helped roll out services in several cities in Egypt and Pakistan, as well as Istanbul. The inspiration for Swvl came from growing up in Cairo where it is a struggle to find transportation that is both reliable and affordable, but the idea crystallised during his time at Careem.

Just a few months after founding Swvl along with Ahmed Sabbah and Mahmoud Nouh, Careem invested $500,000 in the venture in July 2017. At the time Careem co-founder Magnus Olsson told Reuters, “We want them to run and learn and develop at a very high pace and high agility and we believe the best way for them to do that is to stay independent.”

Now Careem is competing with Swvl after starting its own bus services in Egypt in December of last year and Saudi Arabia in May.

But Mr Kandil believes Swvl has the upper hand in dealing with emerging markets and managing the operational logistics that come with unpredictable traffic and unreliable roads.

“Our model is super complex. I think a lot of people have been trying to bring a version of Swvl to their own market – and there hasn’t been a global crack,” he says. “Exactly like what Uber did with ride-hailing, we want to fit the gold standard for the mass transit category.”

Mr Kandil says Swvl is “not interested at all” in the potential option of being acquired and would rather work towards an IPO. “For us, this is the dream,” he says. “We want to build this institution out of the region that inspires people to continue building.”

While Swvl will keep an engineering and operational team in Cairo, the executive team will move to new headquarters at Dubai’s World Trade Centre before the end of the year.

“We see ourselves as an Egyptian homegrown company, of course, but for us Dubai provides us with much more access to the markets that we are planning, gives us a lot more mobility than Egypt and is a stronger attraction for talent,” he says. “I think it’s quite exciting because people are seeing that we’re moving from one stage to the next.”

Generation Start-up: Egypt’s Swvl is vying for a spot on the unicorn bus by 2023 – or sooner