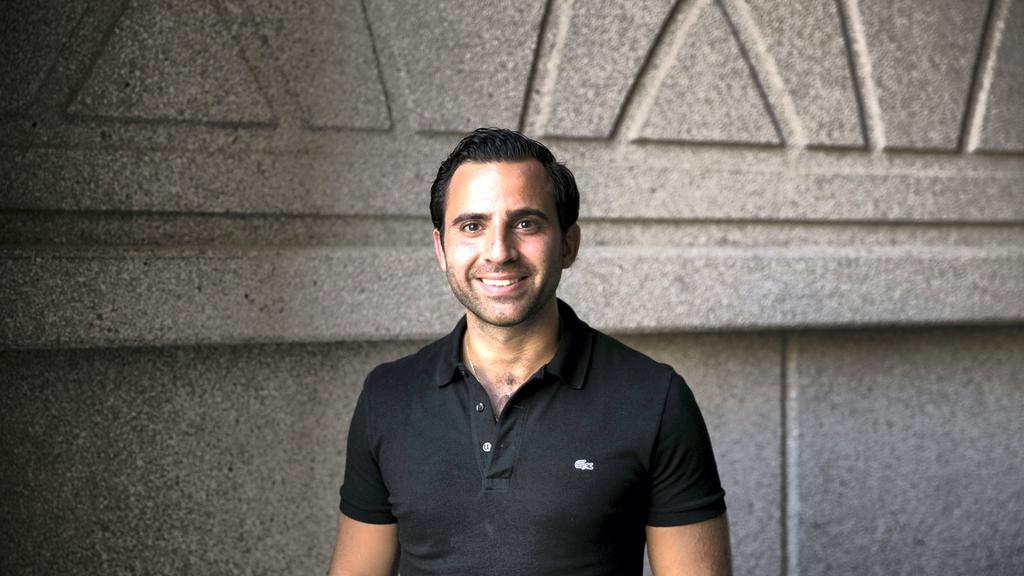 Philip Bahoshy, the founder of Magnitt, say the number of entrepreneurs listed on the site has grown from 160 in January 2016 to 4,600 today.

Philip Bahoshy is certainly highly qualified to understand the challenges facing regional start-ups - he is the founder of one himself.

He set up the online start-up community Magnitt in November 2014, a platform that connects founders with investors and offers guidance on how to approach the entrepreneurial space in the Mena region.

The company has since also evolved into a data house, becoming a reference point for the start-up ecosystem with Mr Bahoshy performing a very necessary entrepreneurial manoeuvre: he tweaked his product to better meet the needs of his customer.

“I pivoted as an entrepreneur,” says the Iraqi founder and chief executive. “Data is a powerful game to be in and that’s what I want to grow in the region and beyond.”

It is a decision that has paid off. Magnitt has jumped from two employees 12 months ago to seven today and is currently negotiating its first seed funding round.

Registered users of the site has grown from 900 in January 2016 to 8,500 today, and all of this because the start-up founder took on board what the market wanted, illustrating one of the most important qualities any entrepreneur needs to succeed – the ability to listen to feedback.

‘It’s important to have a strong, opinionated perspective but it’s also important to be able to move, pivot and change based on the feedback you've received from others," he says. "You don’t need to accept all it but you have to be able to listen.”

His ultimate ambition is raise transparency levels in the sector, and make more people comfortable about sharing information on deal flow, how much they have invested and who has invested in them.

While he says there was a reluctance to share at first, that is slowly changing.

“ Being an information platform that is dependent on people being comfortable to share information, there is a hestitancy or resistance to sharing,” he says, noting the openness in developed economies such as the US or in Europe where people are continuously open to sharing best practice, sharing advice, sharing information with other entrepreneurs and investors.

“Being able to create that environment is my goal for Magnitt and we have seen that already where many that were reluctant to share information a year ago have now returned and will continue to do so.”

The 32-year-old says his original idea for the company was to connect MBA entrepreneurs with MBA alumni to fill a gap in the market and bring founders and venture capitalists (VCs) together more informally.

“It was about how to match-make individuals to support the founder without it being an investment decision, ie you don’t need all of the due diligence and have all of the data to just meet somebody for a coffee. The focus was more on the people choosing entrepreneurs than startups choosing investors,” says Mr Bahoshy.

But after immersing himself in the start-up scene, he found a bigger issue – a lack of transparency in the marketplace.

The VCs knew who the best start-ups were but the start-ups didn’t know what other start-ups were doing. It was still nascent in the development and while conferences, workshops and events were taking place, what happened the rest of the year? Hence I created a listed directory of start-ups across the region that became a reference point and then built up a community from that.”

As someone who himself was self-funded, Mr Bahoshy was well aware of the fundraising challenges for regional start-ups.

He first moved to the UAE in January 2009 to work at a management consultancy and later in strategy for the private wealth division of Barclays. But after completing an MBA at Insead he struck upon setting up Magnitt.

To date he has been entirely self-funded, something he admits is “extremely difficult” and only possible because he bought his apartment when he was still working in banking in DIFC.

“One of the reasons I am still doing this is because I bought; if I was paying rent I wouldn’t be able to do it. The moral of this story is that it's thanks to the work and experience that I was able to accrue in my corporate life that I can fund this,” Mr Bahoshy says, adding that in itself is an issue.

He points to a founders report, produced by Magnitt, that analyses the individuals behind the top 100 start-ups from across the region. By breaking down the demographics and backgrounds, it revealed that on average, founders had nine years of experience before they launched their companies; 45 per cent had MBAs and 55 per cent either worked in banking or consultancy.

“What that highlights is that it takes people to have some cash in the bank and experience to be able to work in the Mena region’s start-up environment, which protagonists have said is somewhat complicated, a bit bureaucratic and also has the challenging of scaling a start-up in a region that is effectively 19 countries, each of which have different regulatory and demographic environments and different consumer behaviour.”

While he stresses that the system is improving thanks to the emergence of incubators, co-working spaces and new policies, it is “still relatively expensive and complicated to incorporate and set up and hire”.

But while his original plan was to solve that challenge, he realised that the users of his site needed more than just opportunities to connect with investors – they needed support at each stage of the evolution through guidance, support and education.

Which is why he decided to move away from the community aspect of his platform into more of a data house with the data he shares not only promoting transparency but also helping stakeholders to make the best decisions.

“Whether it’s VCs, government entities, start-ups or corporates interested in the start-up space, they can only make educated decisions based on data as opposed to hearsay.

“Ultimately, that transparency will lead to better service providers and a better route to start-ups looking to grow and potentially put on hold certain entrepreneurs that want to give it a go but haven’t quite thought through the challenges that are involved. We need to be aware of the processes involved."

This two-pronged approach to his business – helping stakeholders identify and attract start-ups, while also maintaining the community aspect for start-ups to connect with stakeholders - has helped Mr Bahoshy to monetise his product through selling the data and advertising.

His only regret, he says, is not having a co-founder from day one.

“I would have liked to have someone to do this with,” he says, adding that he had three attempts at finding cofounders along the way.

He was unsuccessful, he says, predominantly because he was unable to pay them.

“While I was able to afford to stay self-funded, they did not want to take the risk,” Mr Bahoshy says.

“If you are already on your journey, regardless of whether your journey will become successful in 10 years, somebody joining you after one year will always think it’s your idea and not theirs. If you are able to find them at day one you have a level playing field rather than finding them later on where there is always going to be a chip on the shoulder that it’s their baby and not yours.”

Scaling, Mr Bahoshy says. His first priority is revamping the product based on feedback, highlighting again his ability to adapt to a changing market and something he can do now that funds are starting to roll in.

His next aim is to expand into emerging markets.

“We’ve identified countries across the region and outside of the region that have similar issues and our goal would be to continue to grow.

"Countries like Turkey, Iran, Pakistan and certain countries in Africa have similar challenges and we’ve received requests from each of those so that is interesting as a next step for the platform.”