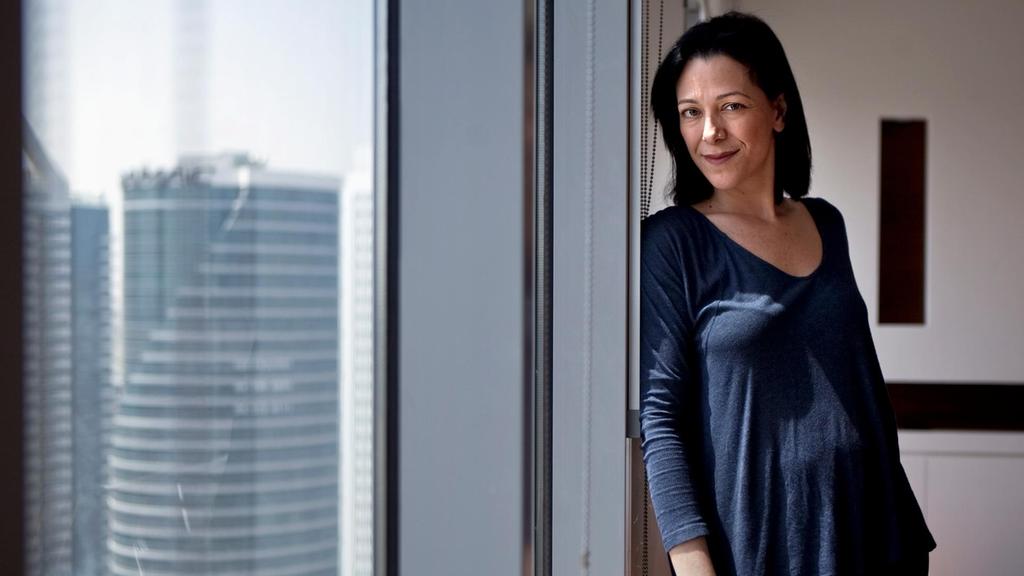 Talk to Mona Ataya, the founder and chief executive of Mumzworld, and you get the sense everything at the company happens fast.

As the head of the Middle East's largest online shopping site for mother, baby and child, Ms Ataya talks quickly as she reveals the start-up's journey of rapid growth.

It's also very hard to secure time with her because she is so busy. But there is a reason for this – she is at the helm of one of the fastest-growing start-ups in the region.

Mumzworld launched in 2011 with just four employees and 15,000 products on its website.

Today it has 130 employees and 140,000 products listed on its English and Arabic websites, which include 20,000 exclusive items. Mumzworld has also completed four rounds of funding with another set to close in the first month of 2018.

“We are growing at a pace that is the fastest in the region, doubling in growth terms every year," says Ms Ataya. "We are an eight-digit business in US$ and have over a million mothers registered with us and access to over 3 million mothers through our network, so we have the largest reach of mothers in the Arab world."

In 2016, the company relocated its offices to Dubai Design District and shipped its wares to over 20 countries. This year the venture has evolved further, branching out onto mobile and opening its own warehouse in Dubai Investment Park to speed up the selection and delivery of items to customers.

Mumzworld's employees can now pick, pack, quality check and then get an order on its way to the customer within hours of a purchase being made online.

“We moved into our own warehouse facilities in June,” says Ms Ataya. “This has been our biggest struggle and pain point since we launched. It’s what kept us up at night; it’s what hurt us as a business.”

She says having their own facility reduces the dependence on third parties that have sometimes let the company down in the past.

“The problem with e-commerce is that you are very dependent; you are dependent on banks and payment gateways to be reliable; on courier services to be fast and accurate and on suppliers, that tell you they have 1,000 units of a product, to actually deliver it. If one of these touch points fails, the customer experience fails and ultimately the buck stops with you as a brand," she says.

"We’ve also had problems with cross-border shipping. Last Eid, two containers got stuck at the Saudi border for two weeks. These are things that are unforeseeable, out of our control – so what have we done to fix that?”

This is where the new warehouse facility comes in, something Ms Ataya acknowledges is a more expensive option than relying on third-party providers but ensures an efficient delivery.

Since opening six months ago, 89 per cent of their orders now reach the customer within 24 hours.

“When we started it was two to three days,” she says. “For the last mile we have 25 drivers in Dubai. We need 200 to fully operate ourselves but we work with boutique courier services to give us a more personalised service and larger ones as well because you need to. But the ecosystem is also becoming more mature so you have more players competing for quality and price.”

When the firm launched in 2011, e-commerce was in its infancy with just a handful of big players, such as Souq.com, in the market.

“I knew that it was virgin territory,” she says. “So in virgin territory it’s more difficult because you are pioneering, but as a pioneer, you are determining your destiny, you create the ecosystem. So I knew from a business standpoint it was a very important idea.”

But launching the business was not only about spying an entrepreneurial opportunity; Ms Ataya, a former founder and senior executive at the Middle East jobs site Bayt.com, of which she is still a partner, also went ahead because she saw a real need for the service from her perspective as a mother of three boys.

At the time she was frustrated by the lack of products available to mothers in the UAE and regionally, often struggling to find products or local information for her elder twin sons, now 13 and her younger child, now 10.

“I was a mum on one side and the entrepreneur on the other,” says Ms Ataya, who is Lebanese by nationality but was born and raised in Kuwait. “My first children were twins so I had endless questions just as every mother does and I did not have localised information to help me.

"The market was very fragmented so if I wanted a double stroller, I had to go to a mall and the malls are endless so finding what you want is limiting and frustrating.”