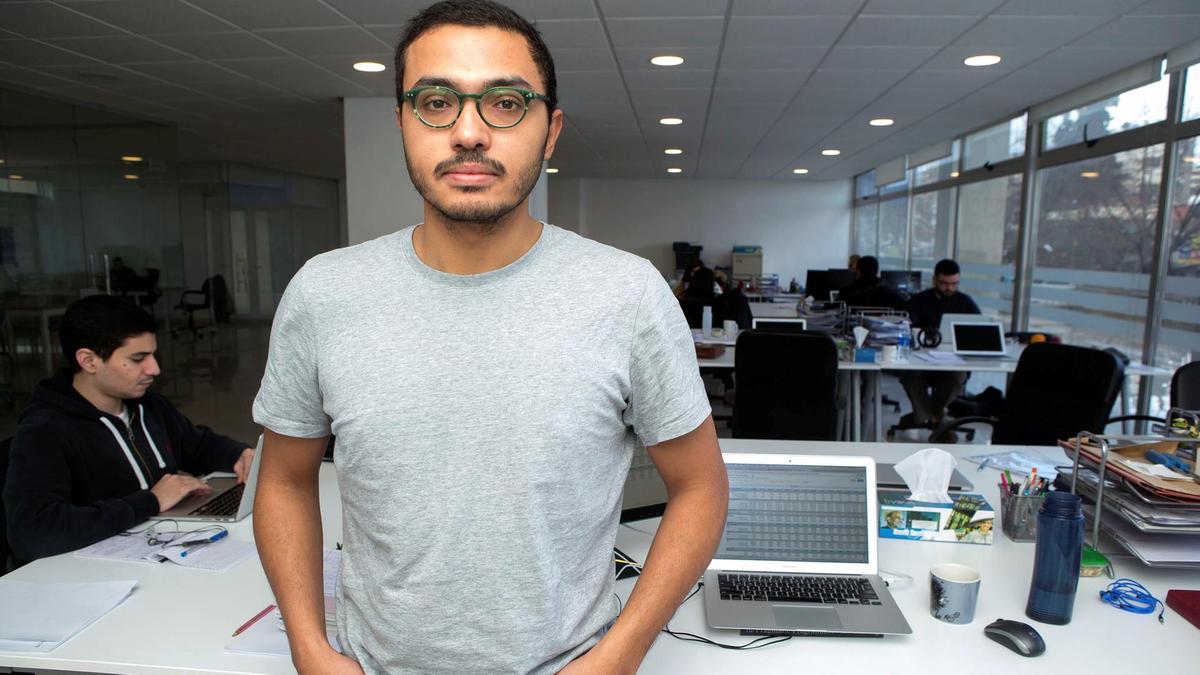 As a journalist Ahmed Moor, the founder of an SME financing start-up, witnessed first-hand during the Arab Spring of 2011 how the lack of opportunities for the young had led to an eruption of discontent and how one of the main barriers to job creation was the lack of financing for nascent enterprises.

"The revolutions in Egypt, Tunisia, that was an expression for me of how badly people need access to capital in this part of the world," Mr Moor says.

"With that in mind, I wanted to start something that could deliver some of that opportunity and that's what this business is about."

The idea of starting a company to help fund other businesses through crowd funding took greater shape while he was a graduate student. Studying public policy at Harvard University later in 2011, Mr Moor met his co-founder, Samer Atiani, who like him originally comes from Palestine. Together, they fleshed out what would become Liwwa, an SME crowdfunding platform-based financing company that since 2015 has lent more than $8 million to small businesses in the region.

Like most successful entrepreneurs, Mr Moor says he didn't get into the business to get rich but to help solve a problem that is hindering the potential of the region, where unemployment is rife and small businesses struggle to get off the ground because banks shy away from lending to SMEs and start-ups. While every businessman dreams of making money, that alone usually isn't enough to make it, he says.

"When you start out, it's far from clear that you will be successful and the costs of failure, financially, emotionally, reputationaly, are enormous," Mr Moor says.

"If you are not in it for something which goes deeper and is more important than just money, it's hard to see how you would get past those first years. The first two years were very difficult years. If money was the motivation, I would probably have failed very early on."

Raising money alone for the business took two years. Mr Moor says he got a lucky break when his friend Sultan Al Qassemi, a fellow businessman and a UAE commentator, made a series of introductions to investors including Fadi Ghandour, the founder of the courier company Aramex and Omar J Sati, the managing director and co-founder of DASH Ventures, an Amman-based venture capital firm. Those investors ultimately ended up taking a bet on Liwwa in March 2015.

In all, in its first round of fund raising, Liwwa was able to raise $500,000. DASH Ventures, the lead investor, put in $200,000 while Bank al Etihad, a Jordanian lender, invested $200,000. MENA Ventures Investments, an angel investment firm founded by businessmen Fadi Ghandour and Arif Naqvi, invested $100,000.

Other investors since then have been the Dutch Development Bank, Silicon Badia and businessman Samih Toukan through SAT Capital. Liwwa has raised over $5m in total and this year, the company plans to raise another $5m.