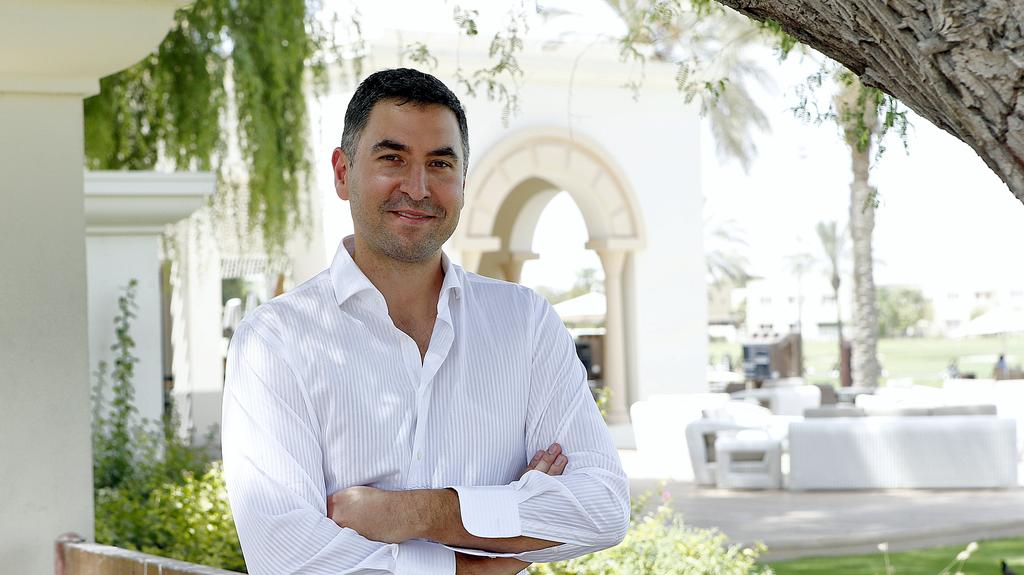 Idriss Al Rifal, the founder and chief executive of Fetchr, says he and his wife had to couchsurf for several months to reduce costs. Image: Satish Kumar / The National

By Alice Haine/ The National

For Idriss Al Rifai, his lowest moment in the early days of being a start-up entrepreneur was taking half his mother’s life savings.

The financial stress of funding his business was “petrifying” says the founder and chief executive of the delivery app Fetchr, who first launched the company in 2012. After using up his own savings to get the venture up and running, he turned to his family and friends for financial support to stay afloat.

“The moment I literally started crying was when I took my mum’s money,” he says. “My mum did not make a lot of money, she was a civil servant all her life and I took half her retirement savings to put in the company. I remember thinking ‘you are in too deep’.

“She trusted me, but she shouldn’t have because technically the company was in distress at the time.”

That moment was in 2013 but fast forward to today and Mr Rifai’s fortunes, and those of his mother’s, are very different.

Fetchr, which uses the GPS co-ordinates from a user’s phone to pinpoint their exact delivery location, now has 2,000 staff – 70 of which are focused entirely on technology - and operates in six countries across the region: the UAE, Saudi Arabia, Bahrain, Egypt and more recently Jordan and Oman.

The company’s main business comes from retailers and e-commerce companies sending packages to customers, but it also services individuals allowing them to photograph an item they want to send and indicate a time (within a 30-minute window) for it to be collected.

“Saudi has been our big push over the last six months; we are now in 84 cities and our next big push is in Egypt," says Mr Al Rifai. "And in Oman, we are taking over the B2C operations for Oman Post with our software and operations. Oman Post does not have a very good address system so rather than trying to solve that they decided to go straight to mobile.”

This kind of move reflects Fetchr’s ability to move and grow very fast. Mr Al Rifai says the company is growing at a rate of 15 to 20 per cent a month - a figure that compounds to 250 per cent year on year – and it has hired 250 people in the last six weeks alone

Driving that growth has been two large rounds of investment. While the 38-year-old bootstrapped the early days of the company with US$300,000 of his own money, followed by pre-seed funding of $1.2 million from friends, family and angel investors, the company has since received two sizeable injections.

The first came with Series A funding of $11m in 2015 - a figure Mr Al Rifai credits his co-founder Joy Ajlouny with helping to secure. Led by Silicon Valley venture capitalists New Enterprise Associates (Nea), at the time the deal was heralded as the largest Series A investment of US-based venture funds in the Middle East.

Then in May this year, the company announced a $41m Series B funding round, again led by Nea though mall operator Majid Al Futtaim was also a key regional investor in the round with other investors including Nokia Growth Partners, Raed Ventures, Iliad Partners, Beco Capital, YBA Kanoo, Venture Souq and Swicorp.

Nea partner Rick Yang, who was involved with the Fetchr investment, said: "Initially, there were two large factors that contributed to our investment decision.  One was the team; particularly Idriss’ background in e-commerce and knowledge and passion for driving vision with regards to last mile delivery and logistics (especially in the MENA region), along with Joy’s background driving e-commerce in the US, and first-hand experience with the trouble of delivery and providing great customer service in the region.

"The second factor was the large market opportunity. We were excited to invest again in 2017 because we have seen our prior thesis play out—the company has grown tremendously, they’ve been able to scale and meet the demand in the area."

While one might assume Mr Al Rifai was overjoyed with funding rounds, he says it wasn’t his biggest emotion.

“Look I was happy,” he says, “but the relief was much stronger than the happiness. I knew the challenges to come.”

The relief, particularly after the Series A funding was secured, was because he was under considerable financial stress.

During the early days, after using up his $300,000 savings and with no income in the UAE to finance his expanding operation, he had taken out two personal loans in France.

“My exposure was very high. I kept on getting loans then I started taking my family’s money, my brother’s money, my mum’s money for the venture even though we had no clear visibility on how we were going to get funded," he says.

In total he raised $1.2m from family, friends and angel investors just to keep the company afloat.

"It’s always easy to look back when you have a success story but my friends and family took a leap of faith and they put their money in when it was the most dangerous time."

"This absolutely does not imply that successful entrepreneurs simply close their eyes and jump into the abyss," he says. "Therefore, it does not preclude start-ups from doing the requisite due diligence but after this stage there will always be an unavoidable "risk cliff" that must be bridged in order to start a business. At this juncture there is no formula for decision rational and it ultimately becomes a personal decision for the entrepreneur.”