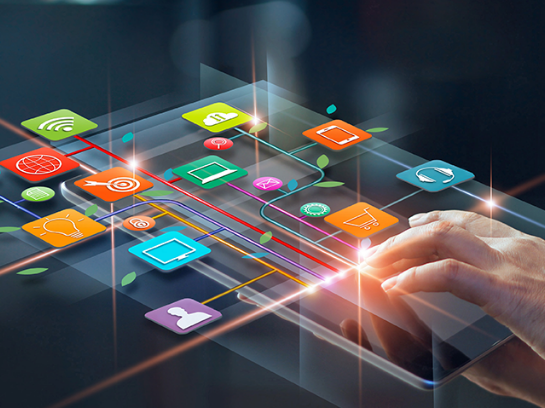 According to S&P Global, a ratings agency, the Financial institutions of the Gulf Cooperation Council (GCC) are rapidly adapting to the changing customer preferences by incorporating advanced technologies in retail banking systems. This is due to an increasing pressure from the customers for the provision of better services.

In a statement that came on the weekend, S&P Global said that the adoption of facial and voice recognition tools, big data, and the analytics of artificial intelligence can play a crucial role in the provision of more efficient and cost-effective banking services to the customers.

S&P Global added that recent changes in banking operations are a result of the changing landscape of customer preferences rather than the pressure of regulatory authorities.

According to Mohamed Damak, S&P Global Ratings Credit Analyst, the regulatory risk is not high as the policymakers are well-aware of the fact that local banking systems are very important to the region and there is now a need to keep it safe from the unregulated and troublesome competition.

Damak also said that the risks attached to the banking systems will remain low for the next two years as well, despite the continuously evolving customer preferences, as regulators keep protecting the banks and only a small share of present activity is at risk.

The World Bank figures showed that expats in Gulf countries sent over about Dh429bn ($119.3 billion) back to their home countries, including Pakistan, India, Philippines, and Egypt.

Almost 40% of the GCC population is under 30 years old and the younger population is more inclined towards digital technologies, which is creating significant demand for technological advancement in retail banking. Some banks have already started to move towards digital financial operations, such as Dubai-based Mashreqbank which is launching digital banks called neobanks.

According to S&P Global, the online banking penetration has reached up to 85% in Saudi banks and 92% in UAE banks. For some banks, shifting towards digital financial operations has become a high priority. According to the annual report of the UAE Banks' Federation, the number of bank branches in the region fell by 31 to 823 last year, which clearly indicates that the GCC banks are shifting towards alternative channels for transactions and are adopting tech better.