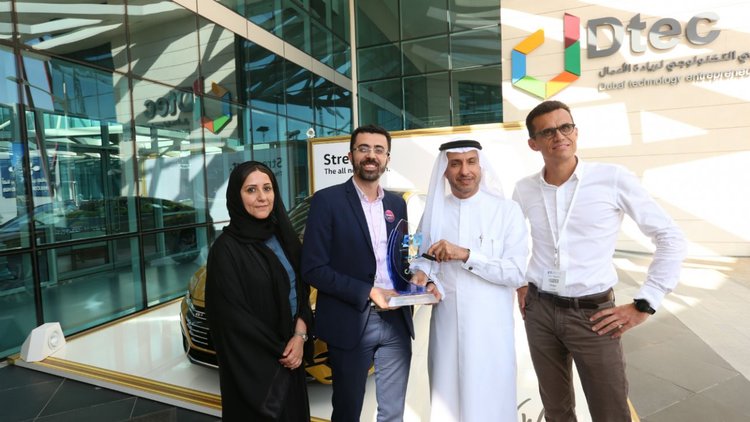 From electronic and autonomous cars, to hyperloop solutions, the UAE (and the world) has put a heavy emphasis on public transport solutions and the future of mobility. In 2016, mandated by His Highness Sheikh Mohammed bin Rashid Al Maktoum, Vice-President and Prime Minister of the UAE and Ruler of Dubai, the Dubai Autonomous Transportation Strategy was launched with an aim to have “25% of all journeys in Dubai to be transformed into driverless journeys by 2030.” It is in line with the vision for the future of mobility that Abdelrahman Elgamal went about founding his startup, FriendyCar.

Launched earlier this year, FriendyCar is a P2P online marketplace for borrowing and lending cars in the Middle East. According to Elgamal and his team, the notion of people using a car for only themselves is soon going to be obsolete: “When you think about the average utilization of a private car, it’s only 5%, which means it’s not efficient.” Elgamal believes that car sharing will greatly reduce the number of cars on the road, “One car share can actually take six cars out of the road, making for less pollution, and reduce the investment on infrastructure and parking, and ultimately, a better economy- a win-win for everyone.”

Elgamal, who comes from a telecom, engineering and financial sector background, used to travel a lot in his previous job, and that’s when he noticed that while he was out and about and not using his car, his vehicle was still costing him a lot, be it with car loans, or insurance, or maintenance, or even paying someone to clean it. And thus, the eureka moment happened- he realized how he could capitalize better on his car by sharing it with other people, and that’s how Elgamal (who’s had previous forays into entrepreneurship) decided to launch FriendyCar.

Elgamal sees the startup as one of the solutions to tackle transportation issues in the future, by changing how people own cars for personal use to a more efficient time-subscription model, where those requiring a vehicle can access any desired car whenever they need it, generate income from sharing his/her car, plus also support the community and the environment. As an example, Elgamal says, “[We see it as] where you will be offered insurance based on your usage. It’s not a one-size fits all insurance- now, if you’re a low-mileage driver, then we will offer you a low-mileage insurance, based on pay-as-you-go insurance.” Essentially, using FriendyCar will enable someone who doesn’t own a car with an affordable option to find and use a car of their choice whenever they have a need for it.

Here’s how FriendyCar works: people start by listing their cars on the platform’s database. It then verifies and screens car owners, renters, as well as the cars themselves, and ensures insurance is covered as well for these vehicles. Elgamal asserts the community aspect of the platform, emphasizing how instead of renting, they call it borrowing. “It’s more intimate,” says Elgamal. “We are people dealing with each other. It’s not a financial transaction, it’s more [about] that we [are] helping each other by sharing our cars.” And it seems to resonate with people- though it only launched recently, as of October, Elgamal notes that they have more than 1,000 registrations, and around 100 cars listed on their network.

They’ve gained recognition in the ecosystem too- Elgamal delivered digital trends and insights in the automotive industry at this year’s GITEX Technology Week, and the startup has won first place at the Smartpreneur Competition, organized by Dubai Chamber of Commerce and Smart Dubai Office at ArabNet Digital Summit 2017, winning AED75,000 in cash. At Dtec’s Entrepreneur Day, the startup was declared the winner of the pitch competition at the event, organized by Dubai Silicon Oasis Authority (DSOA). It won a prize worth over AED125,000, which includes AED36,000 in cash, company setup within Dtec, the use of an all-new Volkswagen Arteon for a year and free service license, as well as finance advisory sessions with The Scalable CFO, a network of consultants providing finance management and CFO services for SMEs.