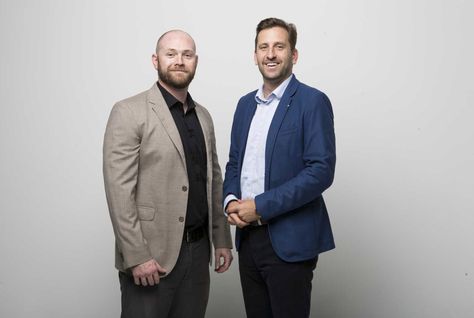 Four Dubai-based companies have been short-listed for The Venture 2017 Gulf regional final, part of Chivas Regal’s annual search for the most promising social enterprise worldwide.

NOW Money, Health Gate, Ilovemypocket, and Charicycles will compete for the chance to represent the region at the global final in Los Angeles in July 2017, and for a share of a $1million prize fund.

The Gulf Final will be held at Marina Social in Intercontinental Dubai Marina on Wednesday, 18 January 2017.

Each finalist will be given the opportunity to present themselves and their business, and then undergo an intensive Q&A session with The Venture’s expert judging panel, including Gaurav Sabharwal, managing director at Pernod Ricard Gulf, Yogesh Mehta, managing director at Petrochem Middle East, Soushiant Zanganehpour, founder of Tribeca Impact Partners, Jeremy Lawrence, Editor in Chief of Esquire Middle East, and Charles Blaschke, co-founder ofTaka Solutions and winner of The Venture 2016 Gulf Final.

The winner of the Gulf Final of The Venture will join 30 social enterprises from around the world at a week-long entrepreneur’s training-camp at the Skoll Centre for Social Enterprise in March 2017, followed by the global final in Los Angeles in July.

During these trips, the finalists will have the opportunity to be mentored by experts and, ultimately, to pitch for a portion of the $1 million in funding to take their business to the next level.

Since Chivas The Venture first launched in 2014, over 3,500 social enterprises have applied for the chance to receive a share of the annual $1 million fund.

Previous global final representatives from The Gulf include Sahar Wahbeh of Dumyé, a business that makes handcrafted, eco-friendly, personalised rag dolls that serve a social purpose and, Charles Blaschke of Taka Solutions, a Dubai-based engineering and technology company.