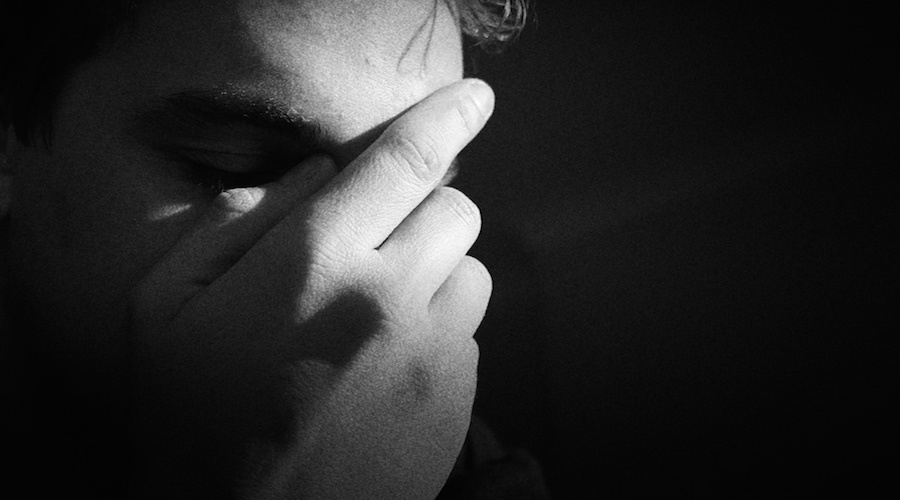 Founders depression: The dark side of the startup hype in MENA

Sitting at a startup accelerator program aimed at supporting young entrepreneurs in Jordan, Ala’a Suleiman, cofounder and CEO of Masmoo3, is busy replying to emails.  “Sorry, but I have to send this email urgently,” said Suleiman as she typed away from her desk at the Business Innovation Growth (BIG) coworking space. Answering questions for Wamda’s interview was comparable to the way many entrepreneurs in Jordan and globally manage their lives: constant multi-tasking. Today, Masmoo3’s trendy office space can be deceiving as it overshadows the not-so-glamorous journey of this start-up leading up to the polished chairs and colorful walls. The downside to the start-up glam. According to many entrepreneurs interviewed for this story, several founders in Jordan suffer from severe mental health issues, such as depression and anxiety. Speaking up about it remains a taboo. “It all starts the day you discover that your duties as a company manager are more difficult than you expected,” said Suleiman. Despite government and private sector aid for startups in Jordan, the support is insufficient, and the hype -  simply inaccurate. “You can’t even compare the seed investment business founders are having abroad to the local ones,” Suleiman said.  Most startups in Jordan receive seed investment close to $30,000 while the average seed round size in the US in early 2016 was $1.14 million, according to Techcrunch. The median seed raise in the first half of 2016 was $625,000. Ahmed Abu Elhaz, an Egyptian entrepreneur who started Shezlong, faced similar problems. His startup is a digital psychotherapy platform that connects patients with therapists. “As the entrepreneur is trying to play many roles as a manager, accountant, business developer, he starts to lose focus,” said Abu Elhaz. “Your job as a business founder is to start bringing cash in and pay your employees, this puts you under a lot of pressure."

Four out of six entrepreneurs interviewed in this article admit to having depression as a result of their startup life. For Abu Elhaz the biggest crisis came when his partner left the company. “This is when my depression reached the max,” he said. Suleiman also faced a major period of depression when she, her brother and business partner decided to close their office in 2013. “It was a tough action and our way of managing the company was criticized. All that I was thinking about is that I failed. The feeling was awful. My self-esteem was in a bad condition,” she said. Another young founder interviewed for this article who asked to remain anonymous for  social and family reasons, said he’s been suffering from severe depression for two years now. He spent half of these years under medical treatment. “Two years ago, I decided to see a shrink. The hardest time ever is when you start doubting what you are doing in your life,” he said. “It is the time when everything seems to collapse, what you are doing is pointless, and society is not appreciating your efforts,” he added. Anxiety, low self-esteem, stress, insomnia and lack of sleep, were among the symptoms that founders interviewed for this article said they were suffering from. According to a survey conducted by Business Insider last year, nearly 50 percent of entrepreneurs reported having a mental health condition. Thirty percent of the founders said they suffered from depression. “Depression includes a cluster of symptoms that can make someone sad, but depression is much more than just being sad,” said Feda’ Abu El-Khair, an assistant professor of clinical psychology in Al-Ahliyya Amman University of Jordan. “It is when you stop your routine. When you start sleeping less and develop physical pain, these are indicators of having a depression,” she added. Family and other social relationships In a region where life is riddled with social pressures and family obligation, startup founders struggle to cater to both their business and their families. Mohammad Younis, a cofounder of tech startup trevx.com, confessed that he went through rough times with his family. “There was a time when I did not have the chance to see my family, not even my fiancee (now his wife). At the early days of marriage, it was really hard to get the balance,” he said. Even though most of the people interviewed were single—which could be an indicator of how overwhelming this type of business could be—most of them highly appreciated their family support as a way to overcome the struggles they are facing as entrepreneurs. Psychological support

On being asked why she did not seek more psychological support, Suleiman said: “I do not believe psychiatrists in Jordan are able to give needed help.”

Abu Elhaz, on the other hand, sees his therapist as soon as he begins seeing signs of depression. “Now we are considering establishing special psychological services for entrepreneurs in Shezlong. We will be testing that at the Rise Up summit in Egypt,” he said. Abu El-Khair said that Jordan has many good professionals in mental health, but believed the main problem are the high fees of psychological consultation and treatment. Along with funding, VCs, government and regional incubators need to provide entrepreneurs with psychological and emotional support. After all, a depressed CEO cannot help their business to grow.

Founders depression: The dark side of the startup hype in MENA