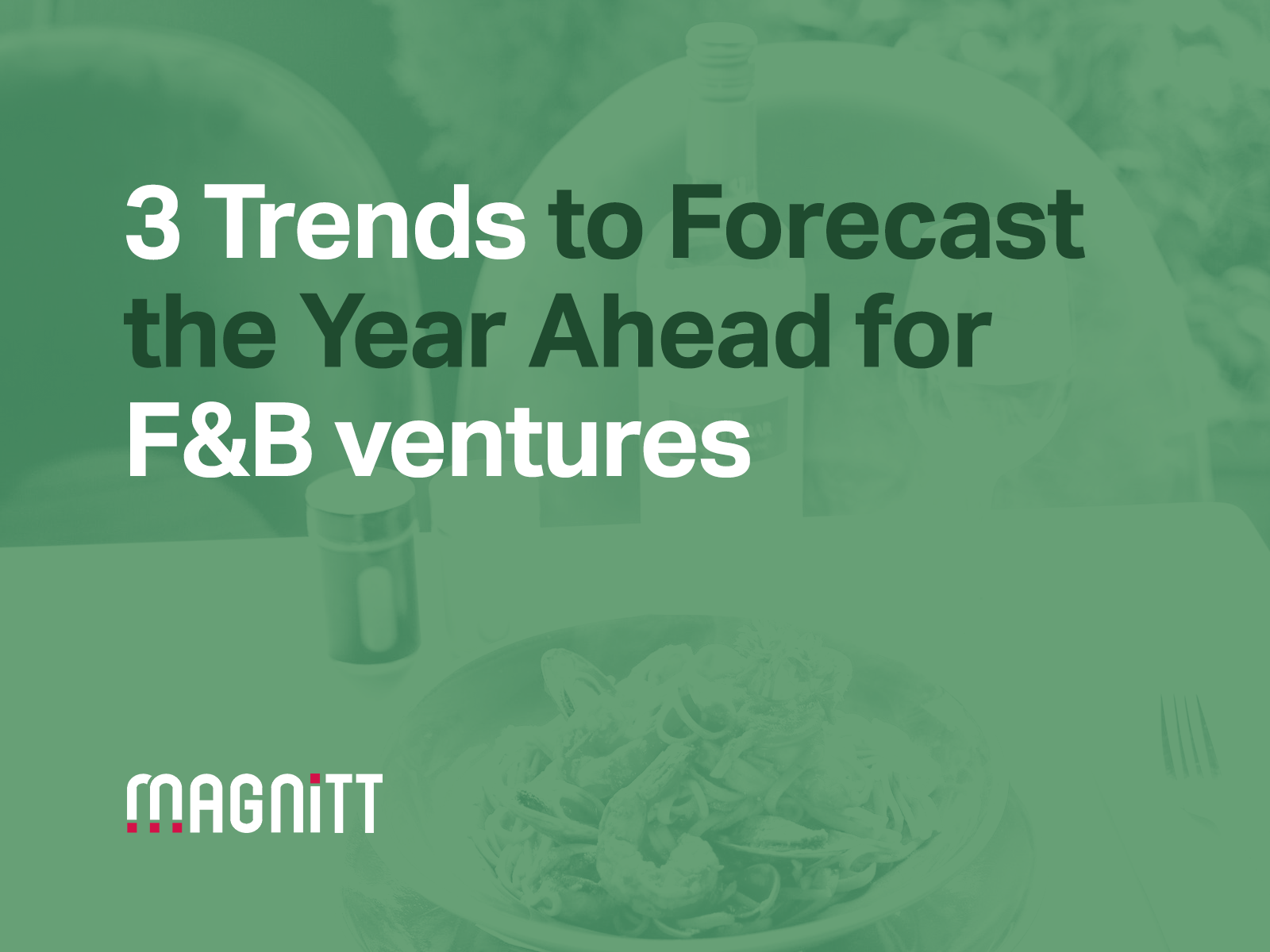 A Hungry Front Runner for 2021: 3 trends to forecast the year ahead for F&B ventures

The first quarter of 2020 was a busy one for the Food & Beverage sector as startups operating in the industry received $113M in venture investment. Although VC funding a year later, in Q1 2021, didn’t level up to this, the industry bounced back by 227% from a pandemic struck Q4 2020. With $72M received in investment, F&B startups garnered 49% of the capital they did in full-year 2020. The sector also recovered in terms of deal count, closing 11 more deals than Q4 2020 and finishing Q1 2021 with 13 registered transactions.

Within the MENA region, UAE, KSA and Egypt were the only three countries to note transactions involving F&B startups. Through our Q1 2021 MENA Food & Beverage Venture Investment Report, we noted three insightful trends that define the sector’s performance so far. As we at MAGNiTT continue to watch the data closely, tracking these trends down to the half year point would further disclose the sector’s future in Emerging Venture Markets.

The Food & Beverage sector hit it off in MENA in 2020, when investments skyrocketed to $148M, 741% up from an average of $17.6M between 2017 and 2019. The industry’s performance in 2021 will be paramount in determining whether last year was an anomaly or only the beginning of an upward climb. The first quarter of 2021 exhibited an average deal size of $5.5M, just a notch above the average size in 2020. In UAE and KSA, who shared ten deals between themselves, the median deal size grew by $4.7M and $1.4M respectively. This pointed to the investor interest F&B ventures are able to draw, as well as the development of a stable VC ecosystem for the sector.

2. KSA is emerging as a strong market for F&B ventures

Although Saudi F&B startups finished second to the UAE, they were the only ones across MENA to register an increase in venture investment, growing 5700% YoY. Together, six startups raised $33M, compared to $39M raised by four UAE-based F&B startups. KSA-based venture Foodics also closed the largest F&B deal of the quarter worth $20M, sharing the spot with UAE’s iKcon. This isn’t all that spoke for KSA’s growing dominance in the sector. Over half of the sector’s investors during this period were headquartered in Saudi Arabia. In fact, three of the four investors who backed the iKcon deal were Saudi-based firms.

Of the total capital deployed in F&B startups in MENA, 76% was concentrated in deals sized over $10M. Despite this, the count of deals was evenly split across the spectrum of funding stages. This pointed to the well-supported entrance of early-stage ventures, as well as sound investments into larger startups. In terms of deal count, Q1 2021 saw the sector close almost half the transactions (13) it did in full-year 2020 (27).

A Hungry Front Runner for 2021: 3 trends to forecast the year ahead for F&B ventures