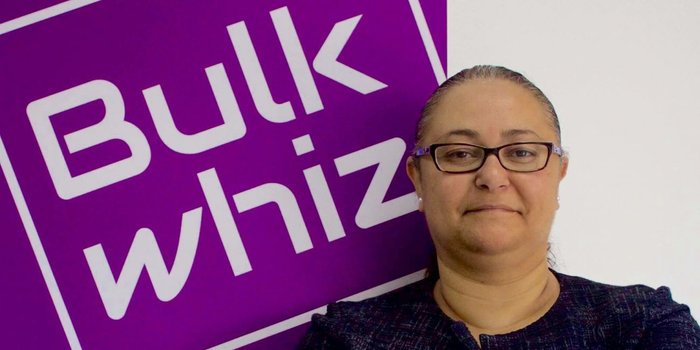 If we had to pick household chores that we dread a lot -ones that are often accompanied with anguish, and tasks that desperately need a hack- grocery shopping is likely to be one of them. This is especially a pain point for women who are (unfortunately) often tasked with this activity in homes across the MENA region. While many of us may choose to grit our teeth, and take it in our stride, Amira Rashad decided to go at it differently- she started BulkWhiz, a venture that promises to turn the task of grocery shopping entirely on its head.

“As a working mom, I simply did not have enough hours in the day- the last thing I wanted to do in my free time was to go grocery shopping,” says Rashad. “It was a mundane, repetitive, and highly unpleasant activity that swallowed up valuable time that I could have otherwise spent with family and friends. I refused to accept that in this age of ubiquitous connectivity, we were still going about grocery shopping the same way our parents and grandparents did,” she adds. Having moved to Dubai from the US in 2010, Rashad says she also missed shopping at stores such as Costco in the US, where one could buy groceries in bulk, and realize everyday savings while reducing arduous visits.

Rashad’s tendency to be highly mindful of her surroundings coupled with an intrinsic spirit of enquiry then led to her wondering why the MENA hadn’t embraced e-commerce as much as it should have, given its “high smartphone penetration, predominantly young population of digital natives, and some of the highest social media engagement rates.” The common thread in all her observations on the sector, she says, lay on the supply side. “With the majority of grocery outlets being small baqalas, bulk could not be offered there. Even when it came to large modern retailers, bulk was not a common offering, as it took too much shelf space, that was quite expensive given their predominantly premium locations,” she notes.

All these experiences served as a motivation for Rashad to conclude that there had to be a better way, and she was convinced that a scalable tech solution could do the trick. At a time when the retail sector is under huge pressure to make use of artificial intelligence (AI) in its offerings, Rashad launched BulkWhiz- a bulk grocery e-commerce platform in the Middle East, powered by homegrown AI. “The solution to my problems was an AI-driven bulk e-commerce offering that mirrored the offline shopping list ritual, but was smart enough to learn from consumer behavior and personalize the experience to their needs,” she explains. “It also had to be smart enough to optimize decision making on the assortment, operations and marketing fronts, and this is how BulkWhiz was born.”