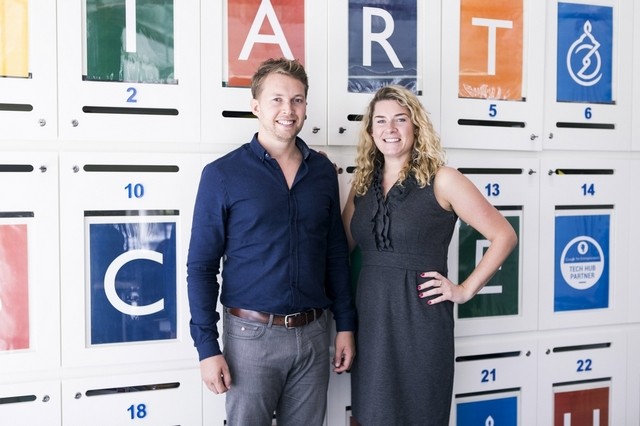 There are more than 50 banks in the UAE today, but for some their days could be numbered.

A new type of challenger is emerging thanks to a rapidly growing sector in the UAE – fin­ancial technology, or fintech for short.

According to a report released in March on the State of Fintech in Mena, which was produced by Payfort and Wamda, the fintech ecosystem doubled from 46 companies to 105 in the three years between 2013 and 2015.

Last month Fintech Hive at DIFC, the region’s first Fintech accelerator launched by Dubai International Financial Centre, revealed it had received over 100 applications from 32 countries for its inaugural programme for concepts such as Blockchain, payments and robo advisers.

But experts say many in the Middle East’s banking sector remain unfazed by the rise of fintech and its potential to disrupt the system.

"Two years ago, when I spoke to a bank about fintech, they said ‘what’s that?’" says Omar Soudodi, managing director of Payfort, which is itself a fintech company.

"It’s a new wave. And in the report, when we interviewed over 150 professionals, only 9 per cent of bankers felt there was a chance of them being disrupted. So still their understanding is that nothing is going to change. Everything is going to remain the same and you are always going to need a bank."

The reality is that a vast swath of UAE residents do not use banking services – some do not earn enough to open an account, while others choose not to.

More than 50 per cent of the current accounts listed on Souqalmal.com have a minimum balance requirement of Dh3,000, which means that a minimum of Dh3,000 must be transferred to the account every month.

"Today 80 per cent of the population is unbanked. Around 40 per cent is bankable, but they are not banked. The question is, why? These are some of the opportunities that [fintech companies are] really try to solve," says Mr Soudodi.

One such company is Now Money, which allows users to send money home using an app on their mobile phone. The company, in February, won the regional final of Chivas Regal’s The Venture competition, a global search to support start-ups that help society. It will now represent the region at the global final in Los Angeles in July to compete for a share of a US$1 million prize fund. The company claims it is about three times cheaper to remit money using its app than doing so by visiting brick and mortar stores.

"Remittance from this part of the world can be quite expensive because the exchange houses here have built a network of 300 branches that are staffed with 30 staff in each and they have to pay for that," says cofounder Ian Dillon. "You have to charge a margin to your customers."

Compareit4me, which started as a money comparison site, but also now compares and sells insurance policies, is another fintech helping its customers to find a better price.

"We are tiny today, but we are growing," says Jon Richards, cofounder and chief executive of Compareit4me. "We have a panel of about 12 car insurance providers, insurers, and so every month we write them a cheque for the number of policies we have written for them. One of them receives a cheque for about a million and a half dirhams a month. That’s just one insurer."

Even the banks are now acting on the fintech opportunity. RAKBank has teamed up with C3, a prepaid card service provider, to launch a payroll card which offers low-income workers better remittance rates when sending money home.

"Look at banks in the UAE. Surprisingly, they generally don’t bank lower paid works, whereas in other markets like the UK or Australia, banks service all clients," says Peter England, chief executive of RAKBank.

"When I first came here four years ago, it struck me as odd that the bank wasn’t involved in all segments of clients. We thought was this was a good opportunity to engage these people through C3, particularly in a remittance space because a huge number of lower paid workers send a large percentage of their income back to their home country."

Remittance rates through the RAKBank-C3 service to India are between Dh5 to Dh15, compared to Dh22 in the market, according to RAKBank.

But the sector still faces challenges, according to the State of Fintech report, surrounding regulations, hiring and retaining talent and raising investments; as a result, one in four fintech start-ups fail.

There are, however, reasons to be optimistic. The region could be home to 250 fintech start-ups by 2020, according to the report.

"Their failure rate can be lowered, their market share can grow faster and job creation can increase," the report said. "An alliance of policymakers, investors, innovative corporations and entrepreneurs can place the UAE among Asia’s most promising fintech hubs."