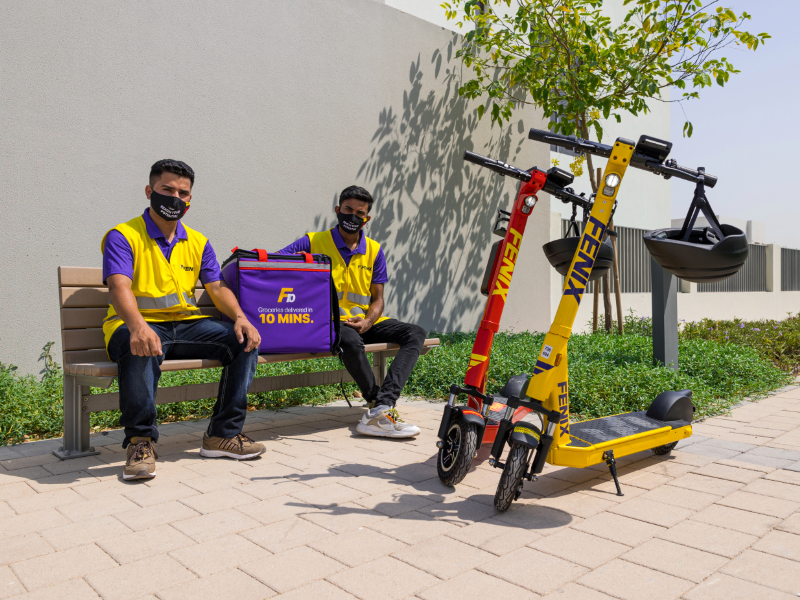 Abu Dhabi-based micromobility startup Fenix has announced its successful acquisition of  Palm, a shared e-scooter platform in Turkey. The transaction was closed at $5M, an equivalent amount was raised by the Turkish startup last November and this past February during its seed round.

Founded in 2020, Fenix set forth to unleash the UAE’s urban potential through faster, more affordable, and better-connected journeys through its on-demand E-scooter platform. Despite having not even raised a Series A round yet, Fenix scrounged together the cash and equity needed to fund this buy and stretch into Turkey, calling on additional capital from existing investors Maniv Mobility and Emkan Capital. Fenix would not disclose the terms of the acquisition or how much it recently raised.

This acquisition comes as another in a series of Turkey-based exits as recorded in our MAGNiTT July 2021 Venture Investment Dashboard. Over the month of July only, Turkey recorded 5 exits in Gaming, E-commerce, IT Solutions, and Travel & Tourism. This number is equivalent to all exits recorded in the first half of 2021 and is the second-highest number of exits to ever be recorded in the same year in Turkey.

This acquisition marks Fenix’s expansion into its fifth Middle Eastern country and the thirteenth city since its launch last November “Palm has a meaningful presence in Istanbul, and the city will be a major focus for our company in the near term,” Jaideep Dhanoa, co-founder and CEO, told TechCrunch. “Beyond Istanbul, we see tremendous opportunity across Turkey. The country is home to 83 million people and there are 24 cities with a million or more people. Mersin, for example, is another coastal city Palm operates in today where we will continue to invest.” Berhan Goskin and Alican İstanbullu, Palm’s founders, will continue to lead the company and Fenix’s expansion plans across Turkey. Existing Palm shareholders will also migrate over and support Fenix’s efforts to lead the market in Turkey, according to a statement from the company.

The Palm acquisition not only adds Palm’s fleet of around 1,500 Ninebot e-scooters to Fenix, bringing the startup’s vehicle volume up to 10,000, but it also gives Fenix a built-in permit with Istanbul, a city of 15.5 million people. “Recently the Turkey Ministry of Transport legalized shared e-scooters nationally in a very progressive and pro-competition manner,” said Dhanoa. “This regulatory clarity increased the attractiveness of the market for investment and was a significant motivator for the transaction. There are several local market requirements to qualify for a five-year license which is partially why we went in inorganically. With Palm, we now have a five-year license for e-scooter sharing in Turkey and expect to receive permits in some of the highest potential districts in the country.”

The UAE-based startup will begin deploying several thousands of its vehicles, laden with built-in hand sanitizers, in August, adding to Palm’s existing fleet, which will be rebranded to reflect the new ownership. As part of its entry into Istanbul, Fenix also has plans to establish an R&D center on the ground for software and hardware in order to “develop breakthrough technologies for the Turkish market and to export to the Greater Middle East region,” according to a statement.