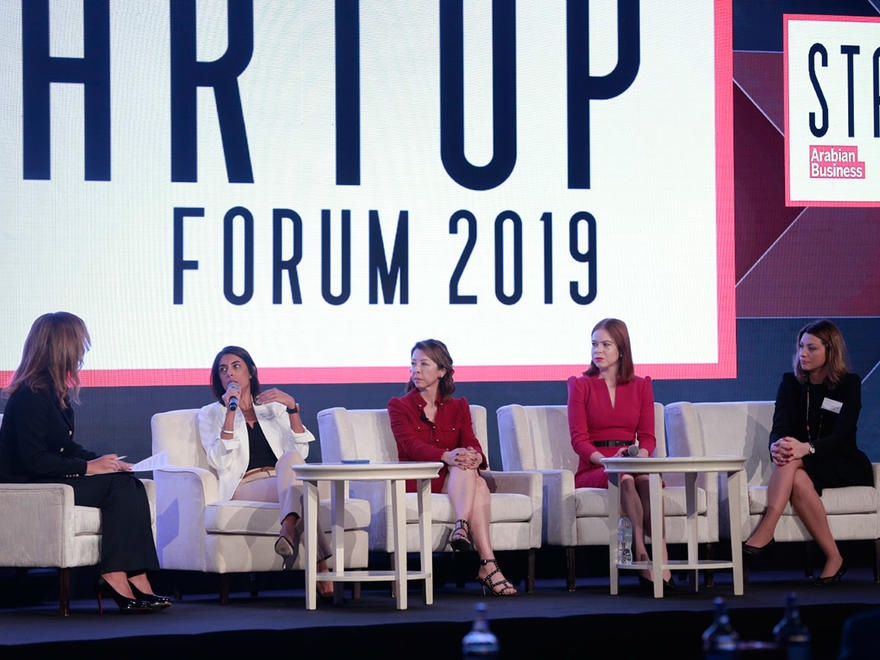 Female entrepreneurs are “scared” to ask for funding and are less likely to scale their businesses, according to the CEO and founder of Dubai-based price comparison website Souqalmal.

Speaking at the Arabian Business Startup Forum, Ambareen Musa said women entrepreneurs are more focused on profitability rather than scalability.

“Once you scale up, from a personal perspective, women are generally less aggressive in going out there and saying I will build this business and I will build it to a certain scale and I want you to fund me. That’s the only difference I got from the entrepreneurs I’ve spoken to, where there is an intimidation of I’m scared to ask.

"I think it is a behavioural part of it. Women are generally looking for profitability rather than looking for scalability. So they would rather building businesses that are sustainable and profitable from day one than let me scale and raise funds," she said.

"I have met a lot of women who, whether we like it or not, have other responsibilities like a family. And I have met women over and over again who said look I don’t want to scale up because I have other responsibilities. I want to be able to be incredibly flexible and spend hours with the kids in the afternoon. And so based on that, you will find a lot less women taking the business to the next level where then you start having targets, you have a board, and it becomes a 24 hour job,” she said.

The CEO who founded the company in 2012 and has since expanded operations to Saudi Arabia, Kuwait, India and the UAE, said the region has an abundance of female-owned home businesses that are not looking to scale.

"The amount of home businesses in this region is fascinating. We don’t see them, we don’t hear about them because they’re home businesses that are not looking for funding but an entrepreneur can be someone at home having a profitable business that’s not that well known, but they're still going through all the challenges so the numbers can get a little bit obscured, not knowing the entrepreneurs that are there,” she said.

While Musa said she has never experienced discrimination when it comes to raising funds, she said there are generally less women entrepreneurs looking for funding.

Lucy Chow, director of the Women’s Angel Investor Network (WAIN), said that while there’s generally a lack of funding for both male and female entrepreneurs, women founders are more likely to get funding from a female investment committee.

"There is definitely a lack of funding for startups in general, so if we don’t get money from the very initial stages then the companies can’t scale whether female or male. Secondly, decision makers in the venture backed space are mainly white males. Thirdly it is really difficult to find female GPs and so if you have a fund where there are more females on the investment committee then you will find that they will start funding female founders,” she said.

Andrea Danila, founder of Millennial Capital, agreed that based on statistics, female entrepreneurs are more than twice more likely to receive support from other females as opposed to males.

"If we look at data, why are females not getting enough funding as entrepreneurs? Based on statistics, when female pitch their ideas to other female VC or capital allocators, they are 2.5 times more likely to receive capital as opposed to pitching to male counterparts. When women pitch to a boys club, they tend to receive less funding.

"Seed and series A are predominant for females. What that means is men VC are more likely to write checks that are smaller to female entrepreneurs, but they do prefer men entrepreneurs when it comes to series A and series B,” she said.