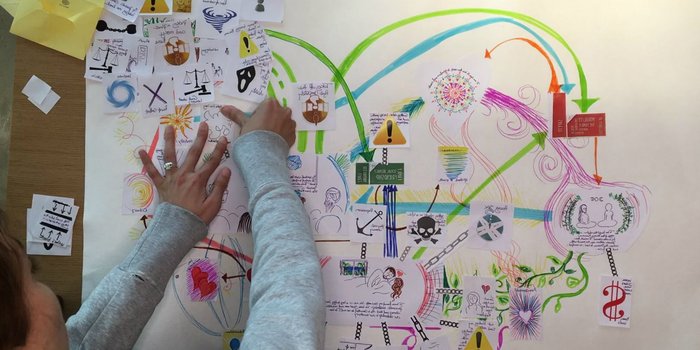 By Megha Merani / Entrepreneur ME

While Visoul hasn't officially launched yet, it has, interestingly enough, already sold more than 400 kits to people belonging to 90 different nationalities across three continents.

Soul searches don’t typically begin when we’re feeling fulfilled. Most seekers admit that it’s usually when you hit your lowest point that you embark on a quest for answers. Because it’s only when you’re at your highest peak that a fall can hurt so much that it drives you to look inwards. That, in a nutshell, is how Visoul was born– a “Visualizing the Invisible Workshop-In-A-Box” kit that allows people to discover the inner self through a visual, self-executed, guided experience.

While Visoul hasn’t officially launched yet, it has, interestingly enough, already sold more than 400 kits to people belonging to 90 different nationalities across three continents. The comprehensive four-part “personal accelerator” series is essentially a response to the question: “Do you feel lost in life?” It includes art supplies, diagrams, symbol cards, and a creative range of other thought-provoking tools with step-by-step instructions designed to give individuals tools to “find” themselves, and move on to the next chapter of their lives. After finding your life’s purpose in stage one, the following stages empower you to disengage from obstacles, and create a goal-oriented 18-month plan while embracing empowering beliefs.

How did Visoul come to be? “This started from a very dark moment in my life,” admits Osama Natto, founder of Visoul, a product built by his startup, Natto Innovation Labs. Natto, a Saudi national who moved to Dubai four years ago, chokes up as he described how he felt just “disconnected” from himself and his life at that point in time. “I was at the height of my career. I was launching successful entrepreneurial programs in universities to help student entrepreneurs launch businesses. I was making a lot of money... millions... I was being invited to speak internationally...I was very highly sought after and celebrated. However, what people didn’t know is that this was a very dark time in my life… I wasn’t happy, I wasn’t fulfilled, and money did not have a value. So, it was, like, one day, I have AED200,000 in the account, and the next day, I wouldn’t even have enough to pay for a ticket for a flight I missed, and I would literally be crying at the airport because my phone is disconnected, my credit card is blocked, and I can’t even take a Careem or Uber back. This is a true story.”

He adds: “It affected my health big time. It affected my relationship with my kids, and it also affected my marriage, leading to an ended relationship.” Watching his world collapse around him, Natto bravely decided to take some time off from work, in order to confront his inner demons and went into a selfdiscovery phase. As a single dad, he also needed to stay home to take care of his kids. “I started to wake up before sunrise and take walks barefoot or swim at the beach to try to connect with nature,” he says. “I would walk a lot. It was winter time and very foggy at the Dubai Marina. I would ask questions: who am I? Why am I here? Why am in this place, in this situation? And... what went wrong?” 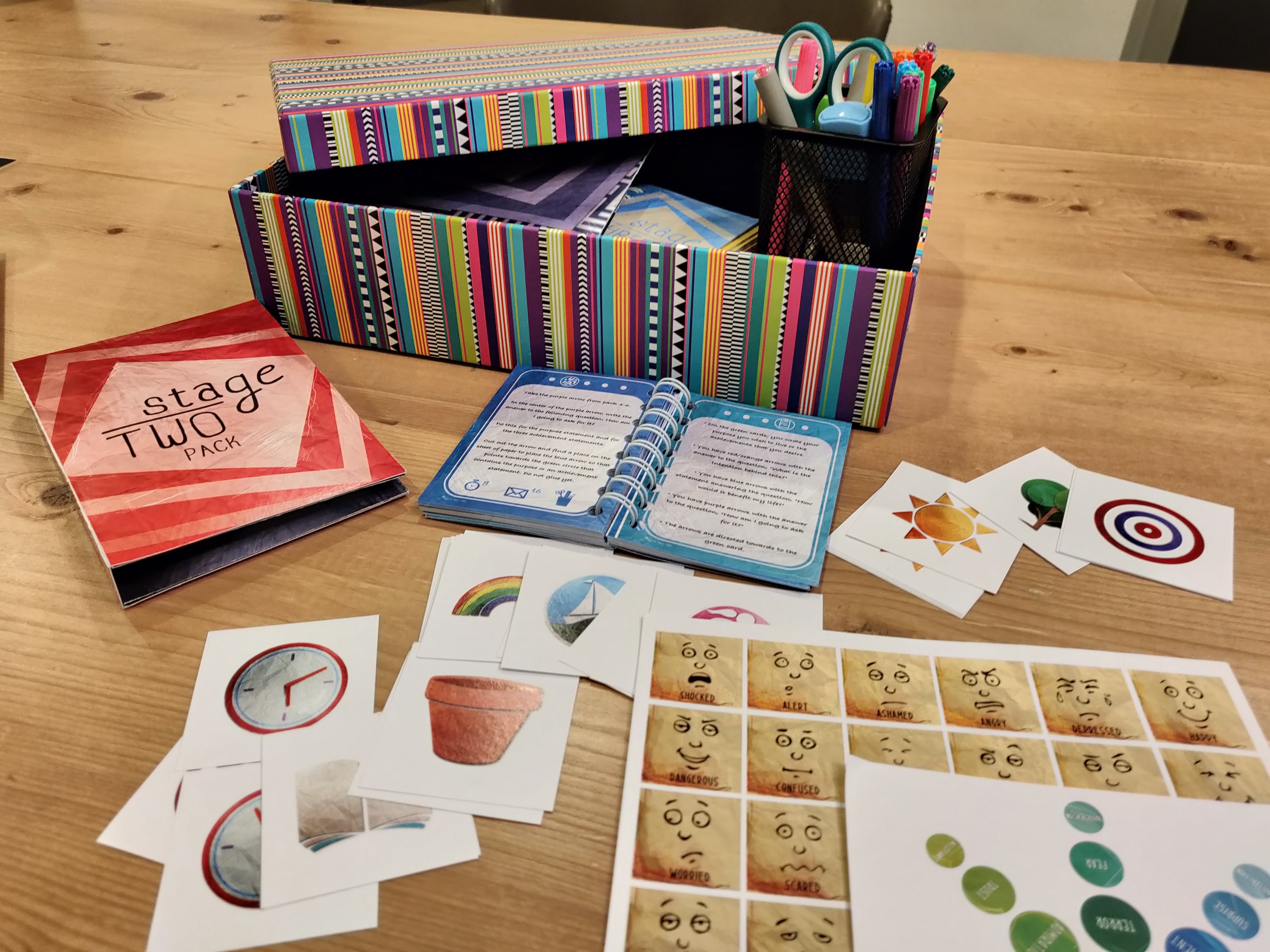 The Visoul kit. Image credit: Visoul.
Unable to answer his own questions, Natto started to seek explanations from books and people. From studying different religious texts and cultures, to consuming books and reaching out to professionals from different specialties worldwide including neuroscience, psychology, coaching, and art therapy, Natto read all he could and spoke to anyone who might help him find answers. Slowly, bit by bit, the fog in his mind began to clear. “I started to see different elements of what each person is trying to say from the different domains,” he explains. “Being an engineer, I would go back and use software to diagram things. So, I actually diagrammed emotions, feelings, human needs... and as I put all these diagrams on screen, I started to see the full picture, and I started to use that as my own cockpit to pilot me through life.”

Through this self-designed process, Natto was able to slowly go back, and improve his health and his relationship with his children. One day, Natto met a former colleague and friend who wanted his advice on some important life and career decisions. “On the table, I asked him to flip the paper mat and draw the same diagram,” Natto says. “An hour later, he found all the answers, and asked me where I got this. I told him it was something I invented for me, and he immediately said: ‘Why don’t you sell it?’ And I said, who is going to pay for this?”

But while Natto pushed away the idea then, a few months later, he began toying with the premise of selling his mind map diagram to help others explore their own responses to the eternal questions. Natto’s initial idea was to print the diagram on an A1-sized chart and give it to people to color it in and write on it. But this felt too “confined”, he says, which is when he moved to images that people could place within instead. The well-researched visual images in the kit are designed to trigger people to unconsciously project their true answers to realize what they truly want. “Today if you ask people ‘Who are you?’, they will say something like I’m a Master’s degree holder, or a banker, or something like that… Basically, something about their job and education,” he explains. “But really, who are you?”