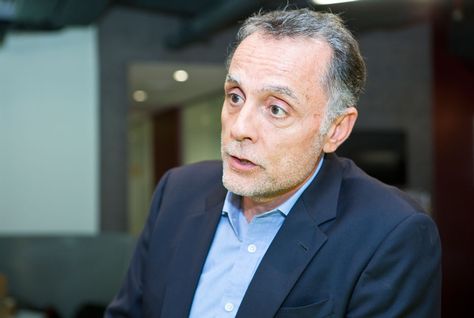 Aramex founder and Wamda Capital chairman Fadi Ghandour has called on investors in the region to invest in startups in their early stages.

“Not everyone like my friend Mohamed Alabbar can launch businesses with $1b. But thousands of startups, if we don’t fund them, we don’t have an excuse that our ecosystem is falling. I’m not a believer that winner takes all. There is unfair building in the ecosystem if you think it can only happen with one set of investors or companies,” he said.

“The risk takers, the angel investors are the heroes who build ecosystems. No body talks about them. We have to talk about the $200,000 investments. It’s like you want to have adults without having a baby first. You need to go to school before you become an adult. So to feed the ecosystem, to create the jobs, to build the digital disruption in the region, you need to have angel investors in the future, you need to accept failure and risks,” he added.

Ghandour referred to early stage investment as infrastructure play and compared it to building roads and buildings.

He said the most patient and understanding investors are the government and development agencies and called for more people to follow through.

“It is not enough to launch $100m dollar funds when you’re building infrastructure and spending billions in startups. And if VCs are taking the risk, you should congratulate them to take risks. And it's okay to make money. People take risks and get rewarded accordingly.

"Infrastructure will not happen before 10 to 15 years, it will take time. So let me give you a couple of example, the Lebanese government, which struggles with political issues, economic issues, religious issues of its own, launched a $400m fund in the central bank. Agree with it or not agree with it, you have to congratulate it for taking the risk to invest in startups. The region has to follow through, I know Saudi is doing that, UAE is following and doing that,” he said.

The founder pointed out banks are completely absent from the game, with just 4 per cent of bank loans in the GCC going to SMEs and zero going to startups.

“We need to see how we can get these banks to fuel these businesses. They’re scared because by nature, banks are scared and conservative. Someone needs to give them government guarantees,” he said.

Ghandour warned investors to build on the ideas of entrepreneurs now before they pack their bags and stay outside the region.

“When Alabbar talks about us needing to have ownership, I’m sorry Abu Rashid, because the owners were not there. When the guys from South Africa came for Souq, it is because the guys for Souq were not able to find funders here. Aramex could not find funding, because they didn’t believe in Aramex. The minute I went public investors said, ‘Oh, now you’re eligible for investment,’” said Ghandour.

He called Dubai the ultimate entrepreneurial city but said the digital revolution will not happen in the region if investors do not start funding early stage companies.