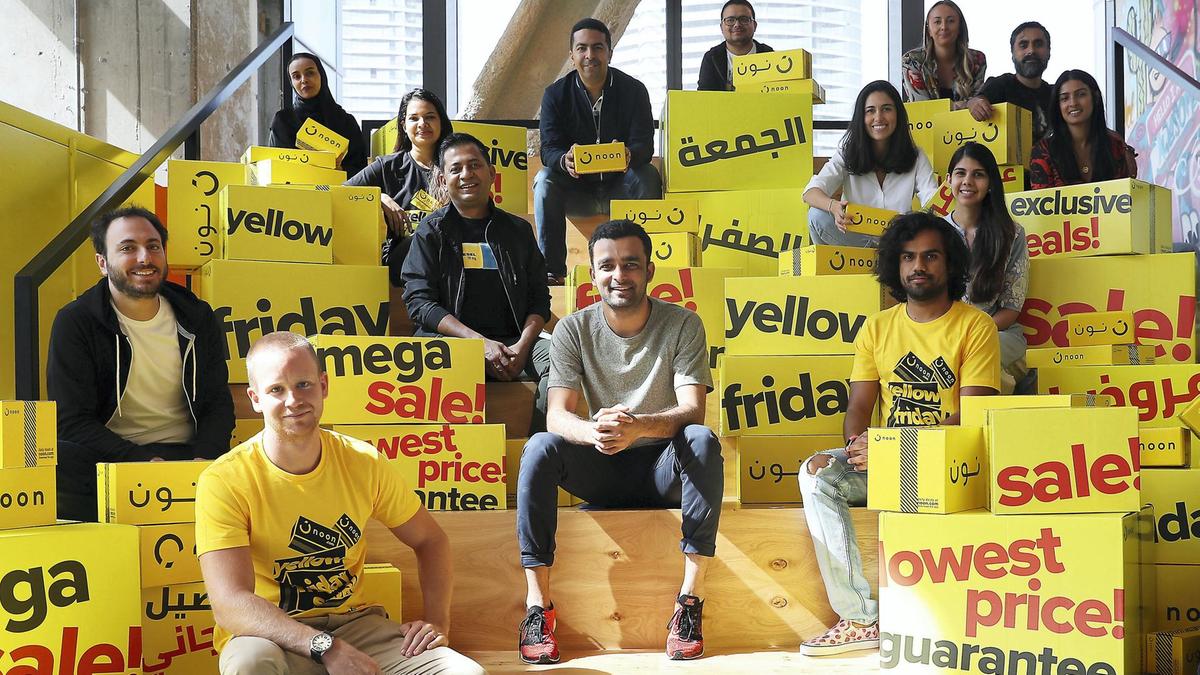 Noon, the $1 billion e-commerce platform backed by billionaire businessman Mohammed Alabbar, is searching for acquisitions to bolster its operations, and new retail partnerships to serve an expanding base of shoppers.

The company struck a partnership last year with Kuwait’s MH Alshaya, which also bought an undisclosed stake in the venture.

“We recognise we’ll need to partner with other companies to achieve our objectives,” said Faraz Khalid, chief executive of Noon, told The National. “The team is always looking at opportunities to acquire, partner and work with companies that could help further the business, and we are talking to a lot of people.”

Noon, in which the Saudi sovereign wealth fund holds a stake, launched last year amid heated competition among e-commerce players to capture a burgeoning number of online shoppers in a region. Throughout the region per capita income and internet penetration are high, especially among mobile owners.

Potential acquisitions for Noon could include technology and courier companies, with a particular focus on start-ups, though Mr Khalid would not be drawn on the details.

“I believe Noon has a role to play in helping start-ups scale in the region, so we’re talking to one-person operations through to large companies that could help us scale. There’s an exciting set of opportunities facing us,” he said.

The company is vying for a slice of the Arabian Gulf’s rapidly expanding e-commerce market, which is forecast to reach $20bn by 2020, according to consultancy AT Kearney. With e-commerce accounting for less than 3 per cent of total Middle East retail sales compared to more than 10 per cent in the US, there is significant room for growth.

Amazon’s purchase of e-commerce platform Souq.com for $580 million in 2017, the biggest foreign acquisition in a regional start-up, has directed a spotlight towards the Middle East’s e-commerce industry.

Noon lists more than 10,000 brands on its platform, and fashion and lifestyle and consumer electronics are the most popular categories, according to Mr Khalid. He would not disclose figures on revenues, site users or total sales, but said Noon has recorded “hyper-growth” month-on-month across several metrics since its launch and he expects this to continue as the company ramps up operations.

It currently has a fleet of delivery vans in 40 cities across the UAE and Saudi Arabia, three distribution warehouses in Dubai, Riyadh and Jeddah, and plans to establish more in the coming years. “We are building a lot more infrastructure – both digital and physical – to service the region.” There are also plans to “grow our current locations”, he added, but declined to specify where.

Noon will work to engage first-time buyers, shorten delivery times and encourage repeat visits through new value-add services including after-sales care and installations, over the coming months, he said.

A key plank of the strategy to expand Noon’s reach is through partnerships with mall owners and franchise operators like Alshaya. “We are speaking with [prospective partners] and see Noon as a platform to drive retail on- and offline – we don’t compete with malls, but complement them,” he said.

In Saudi Arabia, Noon’s partnership with Tadawul-listed retail firm United Electronics Company (eXtra) saw the two parties launch the eXtra Mega Sale this year, through which customers were encouraged to buy brands at eXtra’s 40-plus stores and order via Noon. A similar omni-channel approach aims to drive sales at Yellow Friday, the biggest sale Noon will oversee to date, which starts this month.

“It’s an important milestone in our conversation with retailers, that they feel secure enough to partner with a pure-play internet company to carry out a large part of their distribution work,” Mr Khalid said.