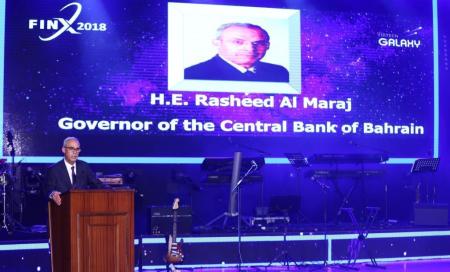 Dubai: Fintech Galaxy, the MENA region’s only fintech digital crowdsourcing platform, celebrated individuals and institutions through the “FinX - Excellence in Fintech” awards, that took place at the debut FinX 2018 event. Supported by a global panel of judges, and spread across 16 categories, the awards recognized and honored those individuals and institutions that are enabling the growth of the financial ecosystem in the MENA region.

The event also celebrated the signing of an MoU to establish a global fintech supercluster comprised of highly reputable fintech entities that are focused on promoting the global movement of fintech startups and addressing opportunities and challenges facing the fintech sphere in the Middle East and North Africa and worldwide. Supported by global law firm King & Wood Mallesons, the Fintech Supercluster is united by a shared commitment towards collaboration and knowledge sharing in this fast-changing environment and it creates global-local linkages necessary to promote the acceleration of the financial markets’ digital transformation and a culture of seamless collaboration among members, and within local and regional ecosystems.

Governments and regulators were also honored for their continuous investment in and support of the regional fintech startup community, with Abu Dhabi Global Market winning ‘Most Innovative MENA Fintech Regulator’, and the ‘MENA Fintech Hub of the Year’ being awarded to Team Bahrain which comprised of the Central Bank of Bahrain, Bahrain Economic Development Board, and Bahrain Fintech Bay.

"Like in any disruptive trend, with increased innovation, comes increased competition. This applies even more so to the digital world we now live in – it brings out the best in individuals and pushes them to ensure their product delivers real value and encourages various hubs to constantly improve to create an environment that is conducive to success. However, without the right investment, support and mentorship from regulators, venture capitals, and investors, these individuals and startups wouldn’t be able to deliver that product as successfully,” said Mirna Sleiman, Founder & CEO, Fintech Galaxy.

“FinX 2018 was more than just an awards event. It provided a common platform to bring together all players in the MENA fintech ecosystem, with attendance from regulators in the various markets. With their support, we celebrated those individuals and institutions that are serving as catalysts to bring the MENA region to the forefront of the fintech space.” continued Sleiman.

“Working with the next generation of innovators stimulates the thinking about why we need to innovate. In the MENA region, 92% of the population is underbanked or unbanked, and so there is a tremendous amount of opportunity to help people if we can just figure out ways to innovate our systems. Banking systems in general are struggling to keep up with the pace of change. This is why we need to innovate and educate. However, educating entrepreneurs is only one step, but what comes next? That’s where institutions like Fintech Galaxy come in – to turn a great idea into reality. I am honored to have received recognition from an organization that is playing such a great role in the uprising of the fintech space in the region,” commented David Shrier, Founder & CEO at Distilled Analytics, Inc.

While global fintech investment roared ahead at a record pace in the first half of 2018, with $57.9B invested across 875 deals, a significant increase from the US$38.1B invested in all of 2017(KPMG, 2018), the financial technology market in MENA is currently estimated at $2 billion and expected to witness an annual growth of $125 million until 2022, according to Anthony Hobeika, CEO of MENA Research Partners (MRP).

Fintech Galaxy provides a forum for business networking opportunities, with the award-winning initiatives serving as catalysts for the evolution of new ideas, entrepreneurs, and leaders, to stimulate growth and stir the region’s economy, and celebrate excellence in the financial technology sphere.

Too much startup news to keep track of? Subscribe to MAGNiTT Daily and receive a snapshot of the top MENA startup news articles directly in your inbox: http://eepurl.com/dKYcr