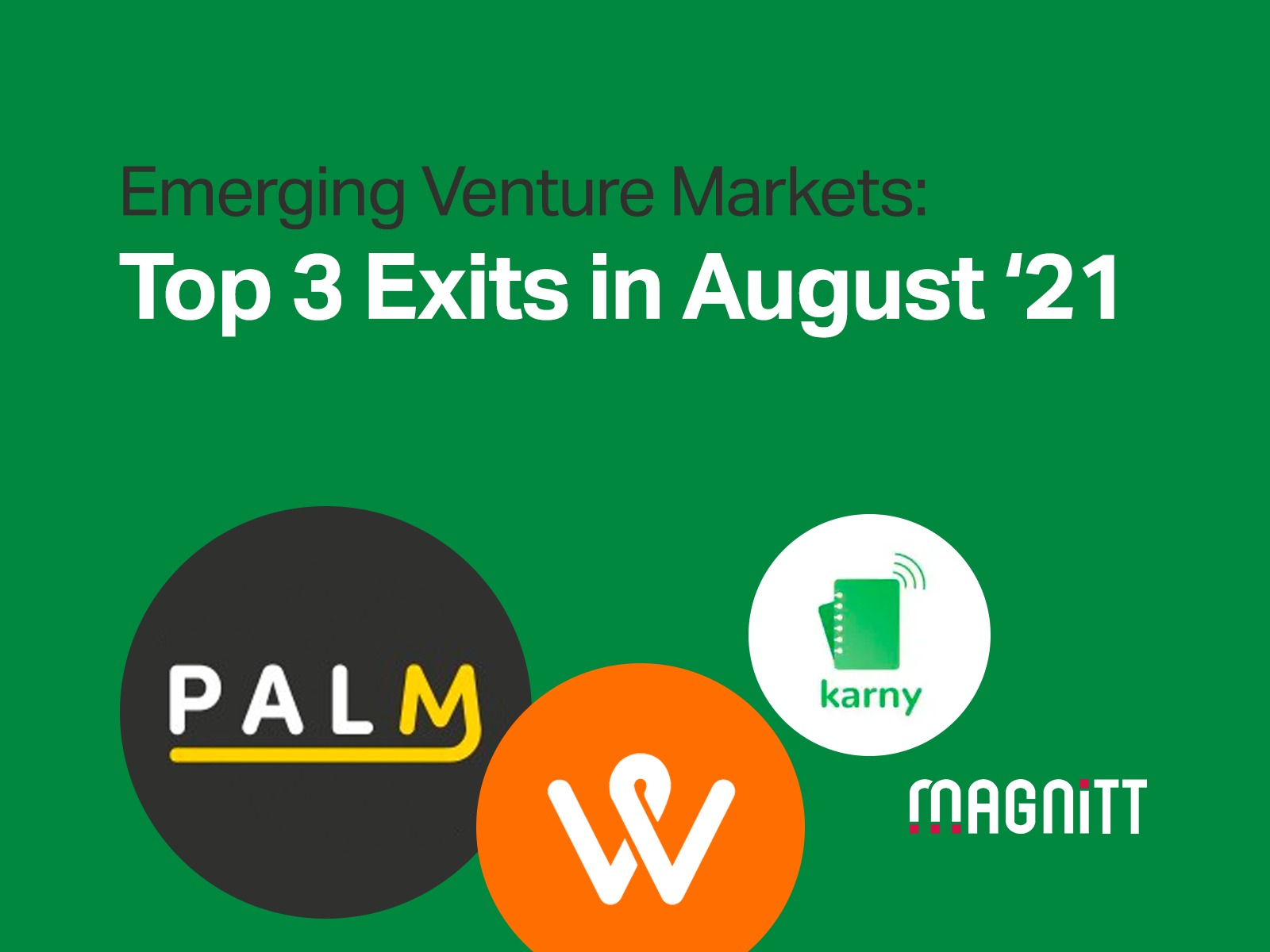 Q3 remarkably picked up last month as recorded in our latest August 2021 Venture Investment Dashboard. Not only did Q3 continue the funding drive and startup growth observed over H1 2021, making this one of the most exciting years for VC across EVMs, but it also reshuffled industry trends and brought back previous ones.

Over the month of August, VC funding across MENA, Turkey, and Pakistan was marked by steady and record-breaking growths. VC funding in MENA observed an increase of $70M MoM, driven by a 10-deal increase between July and August 2021. Funding in Turkey-based startups over the month of August surpassed that raised over the entirety of Q2 2021, driven by Trendyol’s Decacorn deal. Over in Pakistan, the transport industry took the reigns driven by a record-breaking Airlift fundraise that fell only $2M short of entire funds raised in Pakistan over H1 2021.

The August dashboard did not only record stellar growths in VC funding across Emerging Venture Markets, but it also highlighted EVM startups’ strategic expansions and industry moves. 8 Exits were recorded across MENA and Turkey with MENA closing the lion’s share, pushing the total Exit number in MENA YTD past the FY 2020 mark. Most remarkably, however, is the horizontal and vertical expansions behind EVMs Top 3 Exits in August 2021:

Abu Dhabi-based micro-mobility startup Fenix has acquired its Turkish counterpart Palm for $5M, an equivalent amount was raised by the Turkish startup last November and this past February during its seed round.

Despite having not even raised a Series A round yet, Fenix scrounged together the cash and equity needed to fund this buy resulting in its horizontal expansion, calling on additional capital from existing investors Maniv Mobility and Emkan Capital. This tactical acquisition marks Fenix’s expansion into its fifth Middle Eastern country and the thirteenth city since its launch last November; where the new merger not only adds Palm’s fleet of around 1,500 Ninebot e-scooters to Fenix, bringing the startup’s vehicle volume up to 10,000, but it also gives Fenix a built-in permit with Istanbul, a city of 15.5M people.

In another remarkable horizontal expansion, After raising $40M in a Series A round led by RMBV, with the participation of IFC, Rise Capital, and Endeavor Catalyst as well as MaxAB’s existing investors Beco Capital and 4DX Ventures, Cairo-based MaxAB raises another $15M to drive its acquisition of Morocco-based counterpart WaystoCap.

Since its launch in 2017, WaystoCap grew to become one of the largest B2B platforms in Morocco, with a network of 8,000 retailers across markets. Consolidating their operations to enter the Moroccan market, driven by MaxAB’s integrated technology and end-to-end supply chain solutions, and WaystoCap’s market know-how, MaxAB is now set to serve more than 70,000 retailers supplied with essential food and groceries across multiple markets.

Launched in early 2020, Chari is a B2B e-commerce application allowing traditional convenience stores to order their stock requirements and have them delivered within the same day. With this new acquisition, Chari is opening up its operations to FinTech solutions that not only facilitate B2B operations and offer users financing options but also are set to increase sales bottom lines. This E-commerce FinTech hybrid model has been gaining traction in Emerging Venture Markets with startups like Pakistan-based Bazaar and Dastgyr, and Cairo-based Teegara closing stellar rounds.

So what were the biggest rounds closed, and what industries drove record-breaking VC growth over August 2021? All that in more in our August 2021 Venture Investment Dashboard.