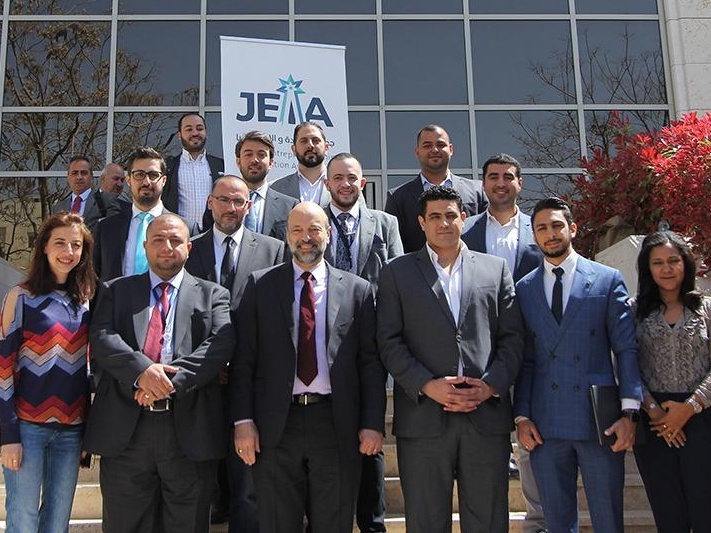 A Royal Decree was issued in Jordan on Thursday to launch the Ministry of Digital Economy and Entrepreneurship, the first ministry of its kind in the region. The newly announced Ministry will be focused on the digital infrastructure, skills, leadership, financial services and platforms, embracing digitization in the Kingdom.

The formation of this Ministry comes after three meetings between his Majesty King Abdullah II and a group of Jordanian innovative startups that are part of the recently launched Jordan Innovation and Entrepreneurship Association - JEIA. The first meeting happened during the World Economic Forum held at the Dead Sea last month, followed by two other meetings in the same month with His Majesty the King to discuss the need for a leading authority to support entrepreneurship and in the Kingdom.

Twenty-seven of the 100 startup companies that participated in the World Economic Forum this year were Jordanian companies, with the participation of about 1,000 government leaders, heads of companies and civil society as well as leaders from the GCC, Levant and North Africa.

"It is necessary to find an institutional form to support entrepreneurship and innovation in the Jordanian community, in terms of access to finance, access to markets, the availability of skills and the ease of doing business," Minister of Digital Economy and Entrepreneurship Muthana Gharaibeh wrote on Twitter. "It is no secret that there are pioneers and leaders in Jordan, that wrote success stories to be proud of, and managed to build successful companies, and create jobs despite many challenges they faced.

JEIA is the Jordanian Entrepreneurs and Innovation Association in Jordan, started in September/2018.