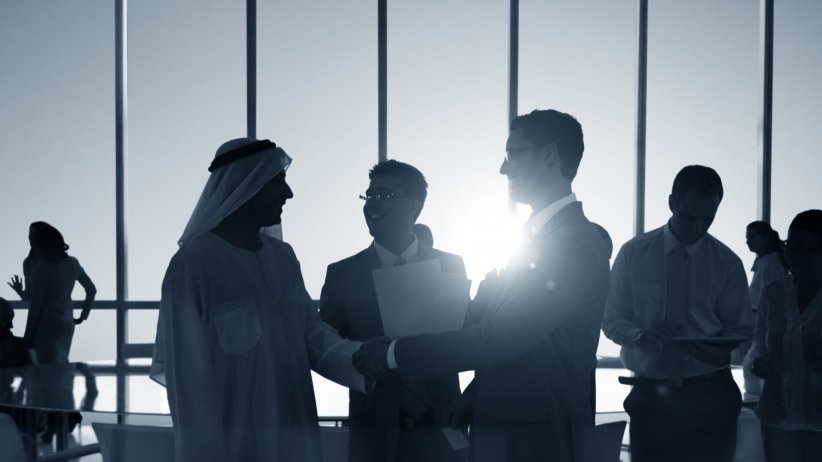 SOURCE: Entrepreneur ME - Entrepreneurship Is The Key For A Brighter Future In The MENA Region

Over the last five to ten years, several disruptive innovations have changed the landscape of the MENA region, bringing a message of hope for entrepreneurs that the situation has been improving. However, a lot of barriers to successful entrepreneurship still exist, including failure-averse culture, education systems being less adapted to market demands, limited access to funding, and so on. The current entrepreneurial ecosystem is not a supportive environment for those aiming to start a business. Furthermore, the turmoil and political instability after the Arab Spring created new obstacles, stalling the development of some of the MENA countries. Therefore, urgent transformations must occur quickly to make the business environment more entrepreneurship friendly. It is today a question of "survival" for some countries, although there are strong disparities inside the region, with the UAE, Jordan, Egypt, Morocco or Lebanon being more advanced and offering better conditions to launch startups. Unemployment Across the MENA region, entrepreneurship is crucial for reducing the high levels of unemployment. Officially, 25% to 30% of youth (aged 18 to 29) in the region's labor market do not have jobs.The public sector is still considered the main employer. The region has traditionally relied on it to provide employment. However, it is not realistic to rely only on the public sector- 60% of the population is under the age of 25 and, according to the World Bank, by 2022, more than 60% of the youth in MENA market will work for jobs that have not been created yet. So, the countries in the MENA have to create at least 100 million jobs by 2020 to answer to the population's needs for employment. To achieve this, entrepreneurship is a viable alternative source of job creation and economic growth. Entrepreneurship is not only about company creation, but above all about the human capital, the people who work to make a startup grow and succeed. In the MENA region, even with the disparities that exist among the countries, there is today a common consensus about a lack of people with the skills essential to work for startups and develop entrepreneurship initiatives. Government reforms, including trainings, education programs, financial supports and tax incentives, are necessary to create new jobs and hire skilled people to allow those ventures to succeed. An example of tax incentives that could be implemented by the regional governments is to offer tax exemptions for a period of two years to startups that create jobs. Companies in the region already have a problem of raising funds, but with the introduction of tax exemptions, startups would be able to hire talented people and pay them as much as some larger companies do. Financing Securing funding is a key challenge for entrepreneurs in the MENA countries. The mindset of the investors can sometimes be an obstacle to innovation. First, I believe that, in the MENA market, we can easily make a distinction between an entrepreneur who has a long-term vision and a businessman who is more focused on generating short term cash. It is regrettable that most of the investors in the MENA countries target short-term returns. This way of thinking can be a barrier to innovation, especially since it is true that entrepreneurial disruption takes time to become profitable.

In the first years of a disruptive company, it is almost impossible to monetize. As long as investors lack a long-term vision, entrepreneurship initiatives will not grow enough in the MENA countries. Moreover, I think many HNWIs, private investors or family offices make a wrong arbitrage. They prefer to invest in fixed income or assets, such as real estate, rather than in SMEs or startups, which is, I believe, an old way of thinking. Of course, investing in real estate can often be very profitable and provide stable and high returns, but investors should diversify their portfolios more and invest in innovative companies. It has a potential to give them higher returns and bring something new to the region to develop the standard of living of the population.

The positive impact of some entrepreneurship initiatives and VCs in the MENA region, such as Khalifa Fund, Oasis 500, Bahrain Development Bank, Grameen-Jameel, Silatech, Wamda or Injaz, is obvious. However, those initiative alone will not be enough to cover all the needs in the region. The MENA region is full of brilliant entrepreneurs and people with great ideas who need to be supported. With the main issue for today's entrepreneurs being access to financing, as it is impossible to launch a company without the funding, no matter how great the idea is, banks must also play a role to foster entrepreneurship by giving easier access to financing mainly to innovative startups. Banks often refuse to fund young companies or ask for high interest rates and collaterals. From the bank's point of view, it can be understandable, but then governments must offer guarantees on loans to SMEs and startups, through their sovereign funds. It could reduce the risk of banks and encourage them to lend more. Those guarantees must be between 50%, for startups considered as low-risk, to 90% for some startups considered as high-risk. For example, for a low-risk startup, if the bank lends US$100,000, and in case the startup fails, the bank would receive a refund $50,000 (50% of its initial loan). Another solution could be a government initiative to co-invest in startups with private investors, as the French Public Bank (Bpifrance) does in France. Investments in startups would thus be boosted and the private sector entities encouraged to invest more. Education Education is one of the most important pillars to foster entrepreneurial initiatives. Yet, only few universities deliver entrepreneurship courses in the MENA region. They must focus more on teaching how to launch a company and develop entrepreneurial way of thinking. Entrepreneurship is not only about theory or financial courses. Entrepreneurship is also about a mindset and teaching students how to take risk, have a long-term vision, accept sacrifices, motivate employees, be a leader... Even if we can underline the success of some initiatives, such as the University of Sharjah, the American University of Cairo, the University of Jordan, the University of Dubai, the Beirut Arab University, the University of Bahrain, they represent only a small part of what can be done.

Universities have to develop students' curiosity and imagination. Actually, the MENA market must create more disruptive entrepreneurs. Some of the startups are copies of what has been created in Europe or in the USA. Even if those companies answer to a need in the MENA market, they are not a revolution but just a duplicate tailored to the MENA market. In most cases, they have only a regional impact (of course, there are also some disruptive companies in the MENA market that did not copy what has been done anywhere else). Universities have a role to play to support and encourage young entrepreneurs to create something unique, a revolution "Made in MENA" that will have an impact all over the world. People in the MENA market are smart, brilliant and have the ambition to build something. Like anywhere else in the world, they just need the right support from public and private entities to think out of the box, dare to take risk and revolutionize the market.

Universities also need to partner more with large companies to create centres for research and development and support new innovations. Those centres can be funded by the university itself, the government and by the company partners. They would offer to students and researchers the most advances equipment and means to innovate and disrupt. Here again, tax incentives are a key tool to encourage companies to finance such centres.

Creating passionate entrepreneurs I can identify three qualities that make an entrepreneur disruptive: passion, vision and altruism. Why altruism? A disruptive entrepreneur focuses mainly on how to improve people's life thanks to his/her innovation. Making money must not be his/her priority but a consequence of the success of his/her innovation. If an entrepreneur thinks, "how can I make money?" first, he/she will focus on the financial strategy: how to increase IRR, how to minimize costs, forgetting the essence and the core of the innovation: disruption, being creating something unique that will revolutionize the market and give an added value to the customer. Focusing on improving people's life can create a virtuous circle, as it makes customers addicted to the product, boost the demand and eventually generate high profit.I am convinced that all of the disruptive entrepreneurs who founded large companies, such as Souq.com, Dubbizle or Careem, as well as startups such as Souqalmal, ShopGO or Kharabeesh, had those three qualities: passion, vision and altruism. This is a way of thinking that should be more encouraged and taught by universities. Women's empowerment Women's empowerment is crucial for the MENA region since women must play a major role to develop entrepreneurship. Public and private entities must support them more through mentorship programs to start their own businesses. A private fund dedicated to women and supported by the government would also be a way to boost entrepreneurship initiatives. We can mention amazing initiatives that are today doing a great job, namely Glowork in KSA, WIT in Lebanon, Ruwwad operating in several MENA countries, SEEDS in Jordan, DBWC in the UAE, Tomorrows Youth Organization in Palestine, Wamda for Women or the recent initiative from Sanaa Afouaz, Womenpreneurs. Bankruptcy law It is unbelievable that in some countries, the business owner goes to jail if the company bankrupts and he/she fails to pay back the money due. In most of the MENA countries, there is no law to protect against bankruptcy, so entrepreneurs are too scared to take risk and launch their own business through external financing (banks or VCs). MENA countries must have a law such as Chapter 11 in the USA. Passing such a law would allow the debtors to reorganize their businesses and pay the creditor later or even seek relief. Some countries are on the right path, for example the UAE through its Insolvency Law. Arab Business Leaders At Arab Business Leaders, we support entrepreneurs through our mentorship and incubator program launched in 2014. We have mentored 30 entrepreneurs from the MENA region to launch their startups and supported 10 to raise funds through our investment platform. A lot remains to be done, and we have a target to support 100 entrepreneurs from the region by 2020.In conclusion, we can say that the MENA market is full of smart and ambitious people, willing to launch business initiatives and succeed. According to some surveys in 2016, more than 60% of people in the region wanted to have their own business. Some countries have made significant progress and offer a favourable ecosystem for entrepreneurship. However, in others, the situation is still challenging. Governments in the MENA region must understand that fostering entrepreneurship is vital to solve unemployment and avoid turmoil.

SOURCE: Entrepreneur ME - Entrepreneurship Is The Key For A Brighter Future In The MENA Region