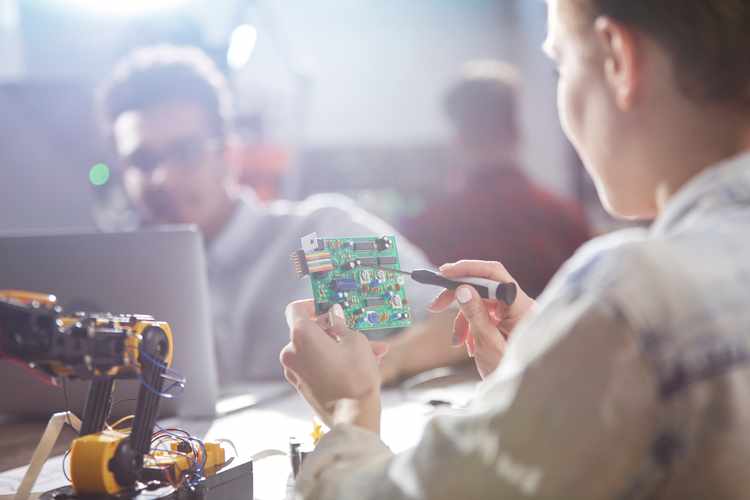 Entrepreneurship in the Arab world: the opportunity, the challenges, the stakeholders and the funding environment

SOURCE: ZAWYA - Entrepreneurship in the Arab world: the opportunity, the challenges, the stakeholders and the funding environment

Zawya has conducted a series of interviews with many stakeholders in the Arab entrepreneurship space to gauge their views on the opportunities and the challenges that they face.

Governments across the Arab world have been spending money on consultants to set up incubators and other tools to help those with business ideas create new firms and scale them, as more private sector jobs will be needed to provide employment for a young and fast-growing population.

But how successful are these, and what are conditions like for those brave souls who take a plunge and quit their jobs to start their own businesses? Are there enough opportunities, how hard is the journey and which track should the Arab entrepreneurs take to achieve their goals? And what happens if they fail?

Over the past three months, Zawya has conducted a series of interviews with many stakeholders in the Arab entrepreneurship space to gauge their views on the opportunities and the challenges that they face.

There are two major annual reports into the funding for start-ups in the Arab region carried out by Dubai-based research and funding platforms. One, carried out by Arabnet in collaboration with Dubai’s Mohammed Bin Rashid Establishment for SME Development (Dubai SME), looks at the investments in the digital space across 11 countries(1) in the Arab world.

The second, by Magnitt, a Dubai-based start-up platform that provides entrepreneurship research and data, looks at funding from angel to growth capital stages in 16 Arab countries(2).

According to the Arabnet/Dubai SME report, the number of active investors in the market increased by a compound annual rate of 31 percent between 2012 and 2017, from 51 in 2012 to 195 last year. It said around 40 new funds were created between 2015 and 2016 and around 30 new funds between last year and May 2018. Of these 30 new funding institutions, around one third are based in the UAE, while one quarter are based in Lebanon.

A majority of the investors are based in four Arab countries: The UAE hosts 32 percent, Saudi Arabia 17 percent, Lebanon 13 percent and Egypt 10 percent.

According to Magnitt’s report, 318 start-up funding deals were made in 2017, up from 199 in 2016. However, deal volumes for the first nine months of this year declined 38 percent to $238 million, from $383 million achieved in the same period last year.

The start-up success stories in the region are growing, with the best-known so far being Dubai-based Careem and Souq.com.

Careem, which started in 2012, is a local ride-hailing app which has been through many rounds of venture funding, with the most recent $200 million fundraising completed in October bringing its valuation to over $2 billion, according to a Reuters story, citing an unnamed source.

Souq.com was founded in 2005 by Syrian entrepreneur Ronaldo Mouchawar and was sold to online retailer giant Amazon for $580 million, according to documents filed by Amazon in April 2017.

Egypt was home to one of the region’s first incubators, Flat6Labs. It was founded in Cairo in 2011. It was deemed a success and later opened branches in Tunisia, Bahrain, Saudi Arabia, the UAE and Lebanon.

Mirek Dusek, the World Economic Forum’s deputy head for geopolitical and regional agendas, told Zawya in a telephone interview in September that the increasing interest by investors in the start-up scene is driven partly by governments, but also by local, private sector interests.

“We have a different picture than from five to ten years ago and that picture has changed dramatically because of the involvement of the family businesses, the traditional long-standing family firms that we have seen in the Arab world are now setting up venture capital arms and also sovereign entities, PIF (the Pubic Investment Fund) in Saudi Arabia or elsewhere are increasingly active in this space.”

“Sovereign entities, particularly through sovereign wealth funds are setting up arms that are specifically targeting SMEs or start-ups in their home economy... This is quite healthy as long as it does not crowd out other competitors,” he added.

The Pubic Investment Fund (Saudi Arabia’s sovereign wealth fund) is an investor-partner in ecommerce platform Noon, which was founded by UAE-based businessman Mohamed Alabbar.  The portal was launched late last year with an initial investment of $1 billion.

Abu Dhabi's Mubadala, a state-owned investment company, has pledged $15 billion to the $100 billion Softbank Vision Fund, a tech fund run by Japanese technology company Softbank in May last year, while Saudi Arabia's PIF was the fund’s biggest investor, with a $45 billion commitment.

According to the Arab Competitiveness Report 2018 released in August, “research has shown that countries and regions characterized by higher entrepreneurial activity tend to have higher growth rates and greater job creation, the main pathways through which to grow the global middle class”.

The report, which was compiled by the International Finance Corporation (IFC), the World Economic Forum and the World Bank, added: “Global experience shows that entrepreneurship stimulates job creation in the economy, as most new jobs are created by young firms, typically those three to five years old.”

Saudi Arabia, the Arab region’s biggest economy, needs to create 1.2 million jobs by 2020 to reach its unemployment targets, Reuters reported in April, quoting an official in the Ministry of Labor.

The unemployment rate for Saudi nationals stood at 12.9 percent of the population in the second quarter of 2018 – the latest for which figures are available.

Anass Boumediene, one of the founders of Dubai-based eyewa.com, an online portal that sells spectacles and contact lenses that expanded to Saudi Arabia last year, said the region still lags behind others with regards to the size and type of support provided by governments to start-ups.

“What needs to be improved in the region is governments’ involvement in fostering entrepreneurship. In Europe, Asia, or the U.S., governments are a lot more active in supporting entrepreneurs, providing access to simple and cheap legal frameworks for startups and VCs (and) government funding in the form of grants, loans or equity to both startups and VCs, and other ecosystem-building infrastructure facilitating access to talent and technologies,” he told Zawya in an interview in September.

Aysha Al-Mudahka, the CEO of Qatar Business Incubation Center (QBIC), told Zawya in a phone interview in September that it is important both for start-ups and investors to feel they have “the consent of the government”. This will make “the private sector feel comfortable to invest in start-ups, especially in the Arab world, as that will lead to better regulations and support for start-ups.”

QBIC is a government-backed incubator, co-founded and solely owned by Qatar Development Bank.

Entrepreneurship in the Arab world: the opportunity, the challenges, the stakeholders and the funding environment