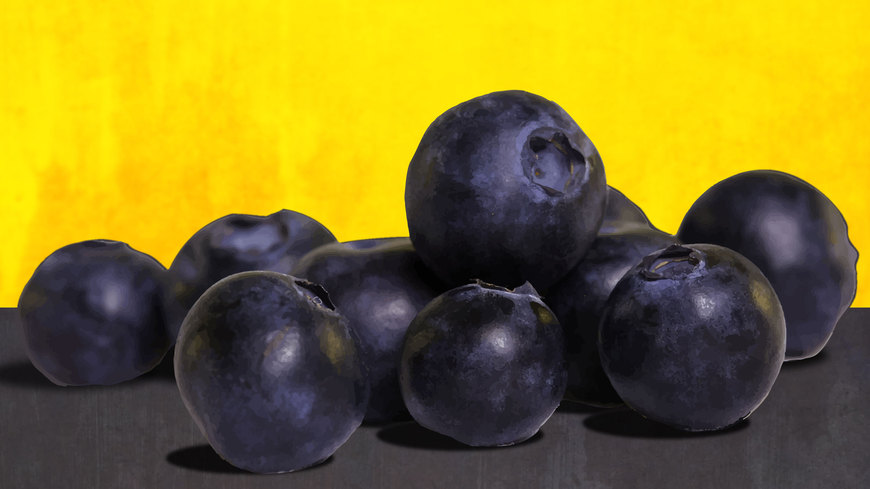 Lebanon’s ecosystem is a regional anomaly. Unlike most of the Arab world, there is no desert, and cedar trees grow along dewy mountaintops. Talal Nassereddine, an agro-businessman who hails from the same fertile mountains as Lebanon's famed cedars, has introduced another anomaly to the area: the North American highbush blueberry.

Nassereddine and his family previously counted themselves among the 15.4 million members of the Lebanese diaspora, in their case making a home in southern California. He decided to return to Lebanon for family reasons in 1998.

Known affectionately by his staff and family as Mr. T, Nassereddine has a breezy gait and a boyish grin. He spent the day with Al-Monitor, discussing his quest to become a regional pioneer in blueberry farming.

It was while living in California that Nassereddine first fell in love with the blueberry, a superfood rich in taste and antioxidants and low in calories. He told Al-Monitor that after returning to Lebanon, he could hardly find blueberries anywhere, noting, “And when I did, they were very expensive.”

Nassereddine got to work trying to grow a few plants for himself, but to no avail. Lebanon’s clay soil was a challenge. Nassereddine reached out to a professor of agriculture in California, and through years of trail and error, yielded his first harvest in 2010 and his first commercial harvest two years later.

In addition to soil composition, water is another major issue in producing blueberries in the Middle East. According to UN-Water, which coordinates action on water-related challenges, the Middle East and North Africa is the world’s most water-scarce region. Fortunately for Nassereddine, however, Lebanon’s chief natural resource is water. His native Mount Lebanon receives more than a meter in annual rainfall, resulting in abundant rivers and springs.

Although Lebanon has recently faced water shortages, they have been due to a lack of rainfall and government mismanagement. Tout Berry Farms — which employs 14 full-time staff, with an additional 15 seasonal staff hired for harvest season — has had an adequate water supply for its operations. Each spring, the company’s farms burst with shades of blue, purple, and magenta. Last season, the company produced and sold 20 tons of berries.

Like most agricultural produce, Nassereddine’s blueberry crop sometimes faces challenges related to weather. “We have witnessed wind and hail,” he said, adding that they had destroyed past harvests.

His team has also had to deal with birds. “It may seem like a mere nuisance, but once the birds get accustomed to the berries, the problem can get out of hand,” he remarked. He has deployed such tactics as scarecrows, reflectors, and nets to scare off birds and protect the crop.

Tout Berry Farm anticipates 40 tons of blueberry production in 2019 and 100 tons in 2020. As production steadily grows, Nassereddine is working to expand local demand for blueberries.

“Lebanese people are very well informed about the health benefits of berries,” he said. “Blueberries also taste great.” As a testament to the berry's increased popularity, the American University of Beirut Medical Center highlighted its benefits in one of its promotional brochures and on Twitter.

The company holds an annual blueberry festival each spring to promote business in Deir Koubel and surrounding villages in Mount Lebanon. There are also plans to begin offering guided farm tours and berry picking to promote local knowledge of blueberry farming.

In addition to growing blueberries, Tout Berry Farm also produces raspberries, blackberries, gooseberries, and red currants. It is currently testing goji berries, a festive red berry from Asia that is typically dried and used in salads.

Blueberries imported from Europe and the Americas have been available in supermarkets since the start of Nassereddine’s quest to make locally grown blueberries available to the Lebanese. The price of blueberries has decreased by a third since Tout Berry Farms began, with a current retail price of roughly $4 a pint. Nassereddine wants to drive the price even lower, however, so more Lebanese can enjoy the fruits of his labor. “It is only fair to sell cheap enough for [them] to be available to everyone,” he said.

Tout Berry Farms' main competition is from industry giants. In a market dominated by global conglomerates, this family owned venture values having a personal connection to its customers. Al-Monitor followed Nassereddine as he traveled to supermarkets across Beirut to build relationships and to ensure his customers' satisfaction.

In the effort to share berries as widely as possible in Lebanon, Nassereddine hopes to begin selling blueberry plants in the next few years. He also believes that over the next five years Tout Berry Farms can cover the Lebanese market and begin exporting to countries in the Middle East.

“Due to the quality of the berry and Lebanon’s location, we will be competitive in the region,” Nassereddine told Al-Monitor. Tout Berry has already completed a pilot export phase to the United Arab Emirates, the largest consumer per capita of blueberries in the Middle East.

Will the trendy and healthy blueberry be a vehicle for entrepreneurship and the future of Lebanese farming, and although a stretch, even challenge the cedar as a symbol of recognition?

Nassereddine has begun discussing a course at the American University of Beirut’s Department of Agriculture. “With projected growth, the berry business will only get bigger,” Nassereddine said. “Lebanon’s potential in growing blueberries is being taken seriously.”